Here’s the story behind the Wii Remote cardboard box costume I made for my son. When I was growing up I always imagined how cool it would be to make my children’s Halloween costumes. My Mom made some fantastic costumes for me (although the beautifully painted cardboard butterfly wings did not fare so well in … Read more 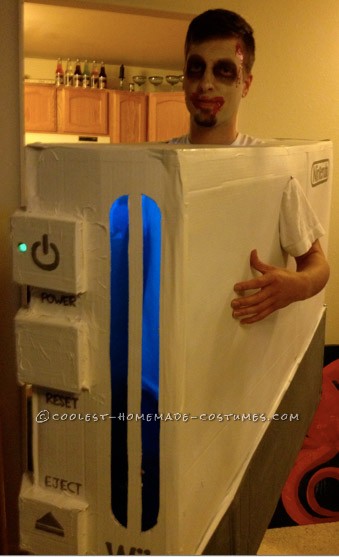 This costume is cool enough as a regular Nintendo Wii but wii couldn’t resist being puny. The Zomb-Wii costume was a bit bulky for a house party but did well in the bars, winning a contest. It was incredibly stable and made a good drink and snack holder all night. It was also very easy … Read more 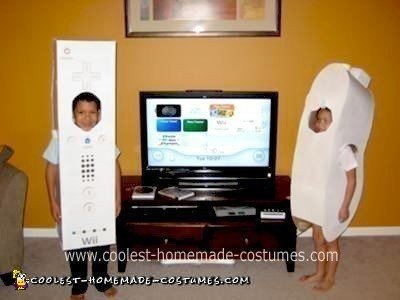 Devin and Dyanna are brother & sister – Devin is almost 8 and Dyanna is 6. Along with their many interests, they also enjoy playing games on their Nintendo Wii, sometimes playing as a team, other times playing against each other as rivals. For Halloween 2009, they wanted to be something unique for Halloween. We … Read more

My 8 year old son loves his Wii so why not transform him into a Wii remote? He has never been so excited for Halloween! For his Wii Remote Costume I used 4, 20 x 30 foam core board and white duct tape. The sides are white cardboard. The sizes are custom to his frame … Read more 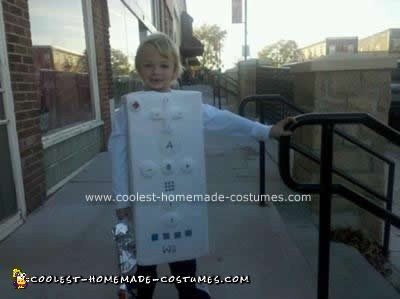 For the Wii Remote Costume we used a cardboard box that we wrapped with white craft paper. We cut out a hole for his head and arms. We left the flaps open at the bottom for his legs. We used Styrofoam balls and cut Styrofoam for all the buttons (including a B button on the … Read more 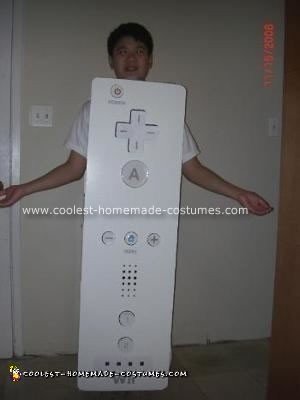 For this costume you’ll need: $13 piece of large foam board from frame shop (have them cut–see below) Two 20” x 30” foam boards from office store or variety store ($2.75 each) Foam (sponge-type) from foam or craft store (for buttons) $1.20 white spray paint for sides of buttons (if your sponge foam isn’t already … Read more 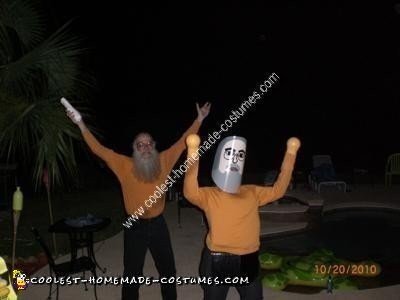 My husband (John) is himself playing Wii. I (Karen) am his Mii and this is our Wii and Mii Couple Costume. John made an over sized remote. We attached balls to the end of Pringles can and painted to match tees. Took a purple pumpkin, sprayed it with black paint then wiped off most of … Read more