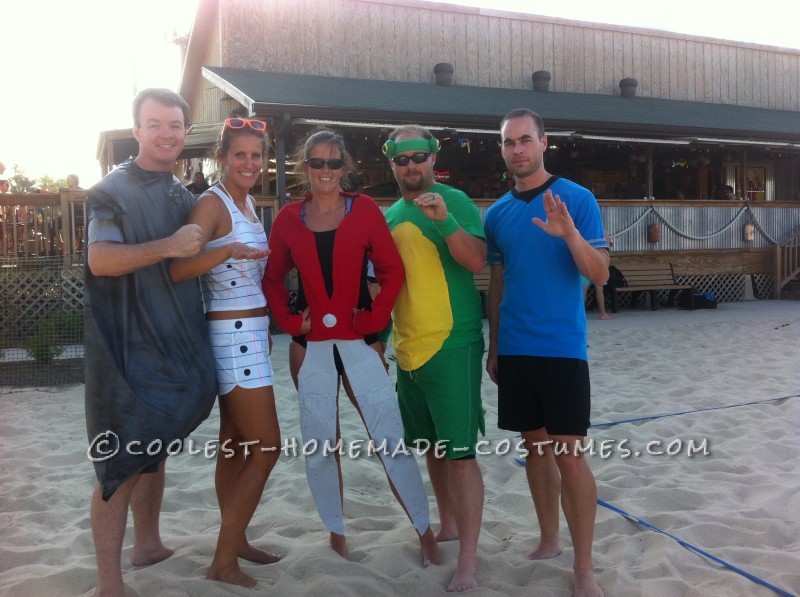 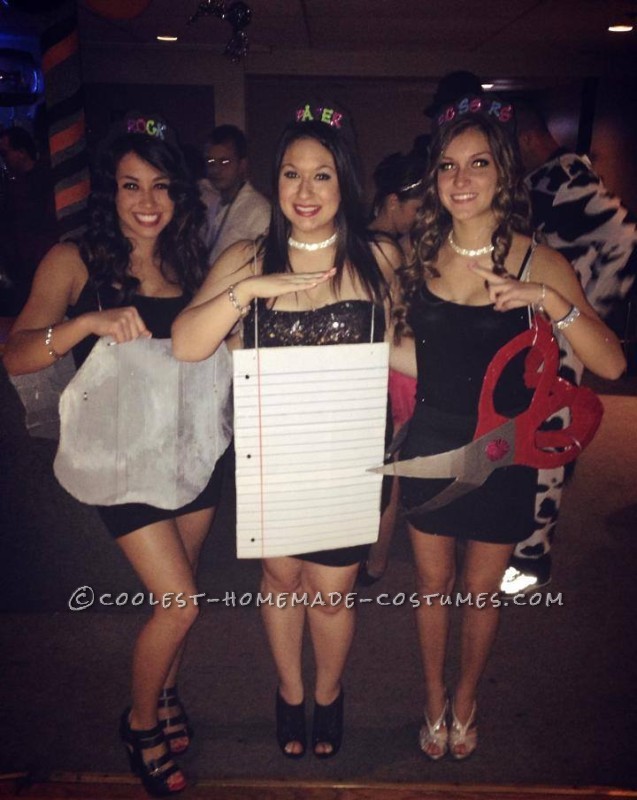 Our costume shot every one out of the water. We all played out roles quite well all night; either telling friends to “rock out” or “wrap it up” or “cut it out”! We brought a new meaning to “getting paper”, getting “rock hard” and “scissoring”. The things you can make with cardboard and duck tape … Read more 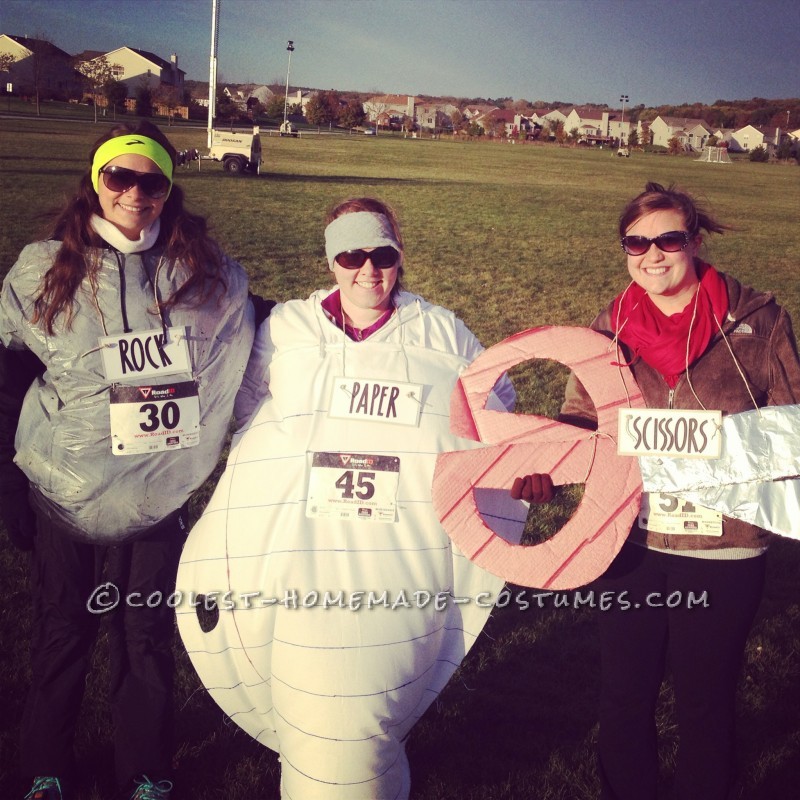 Me and my two girlfriends did a Running Scared 5k this year and needed, easy, cheap and comfortable costumes. We even WON the costume contest! Rock (you need:) 1. Black garbage bag 2. Grey (sticks to plastic) spray paint 3. Tape 4. Some kind of stuffing (I used packaging bubbles) Paper (you need:) 1. Pins … Read more 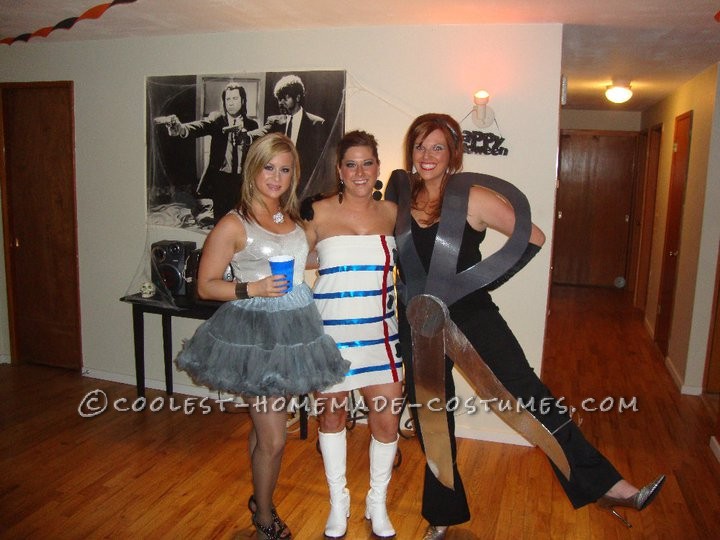 Rock: required metalic tank and spray painted to-to. Paper: was a homemade sheet dress, with perminated marker to create the lines, and holes. Scissors: was made from poster board and a hinge so that when the legs moved so did the scissor and was attached with a little string. It was an awesome costume for … Read more 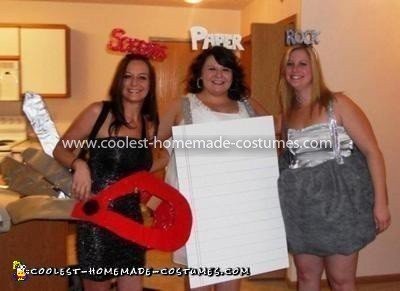 Rock paper scissors? Which will you choose!? Rock Costume: This one was the toughest, we found this grayish black fabric at the local textile store. Then we constructed the shape of the rock out of wire and pipe cleaners. Cardboard was glued on the inside to help hold it up and give it a little … Read more