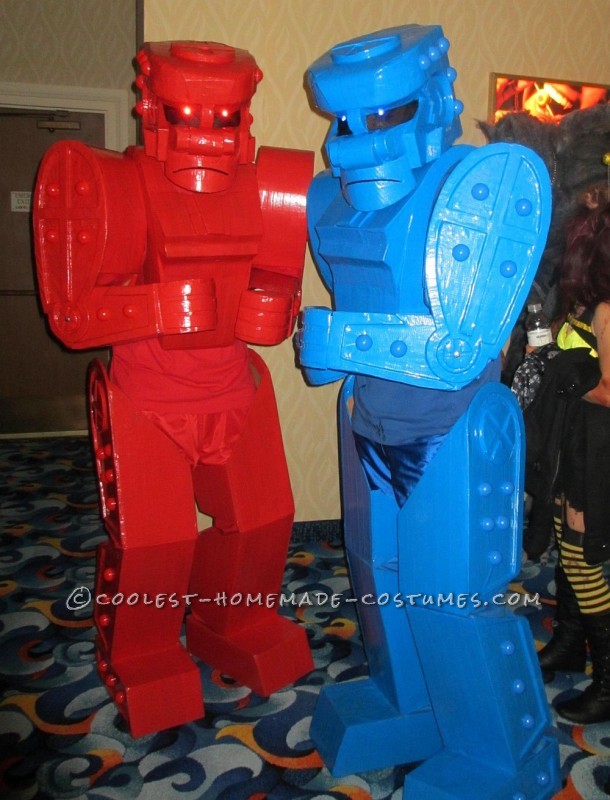 This is a build for two people, but unfortunately I had to do the construction alone. I turned my garage into a robot laboratory, and spent all of my free time working on these costumes. I tried to keep it simple and use any recyclable materials I could find. I got some help with the … Read more 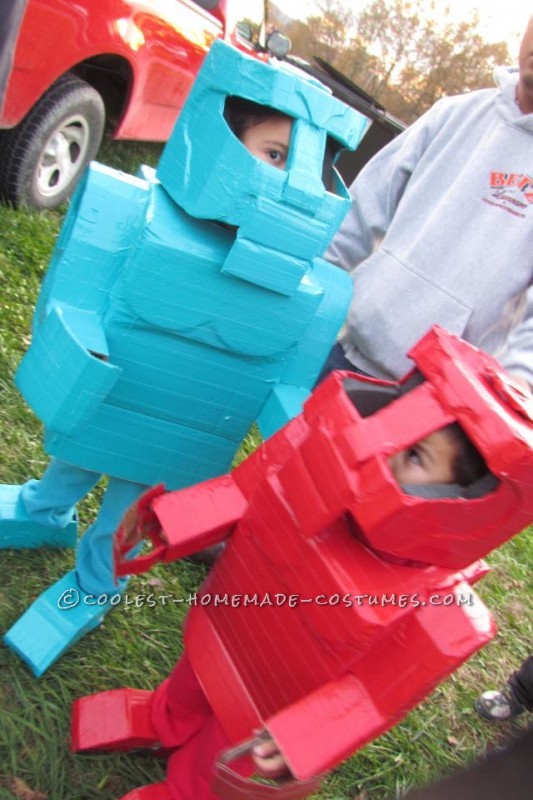 Every year since our second son was born we have pretty much tried to make matching costumes for both boys and after they were Run DMC and getting great feedback from that the year before we couldn’t think of exactly what they were going to be until a week before Halloween this year. Came to … Read more 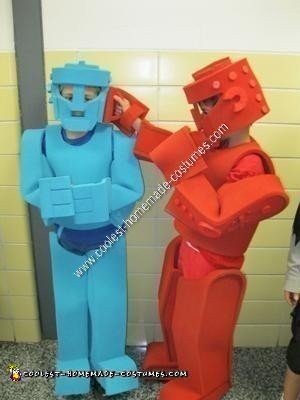 After searching everywhere for a great costume for my twin 8-year old boys, I was very fortunate and found coolest-homemade-costumes.com. I was thrilled at seeing so many creative and original ideas and our family was inspired to make our own. We enjoyed many of the costumes shown here, but decided to go with a homemade … Read more 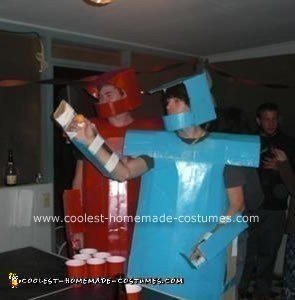 We decided to be a Homemade Rock ‘Em Sock ‘Em Robots Costume for one year of Halloween. It was a creative idea and we knew no one else would have them. We got at least five boxes each and had to cut them up to measure our bodies, arms, hands, and head, as well as … Read more 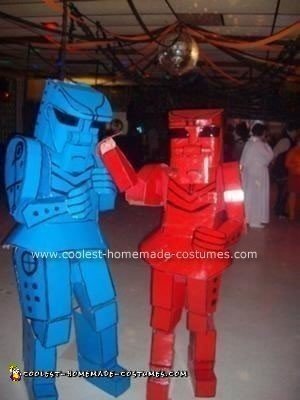 This a Homemade Rockem Sockem Robots Costume. It is made out of cardboard and hot glue. It took two weeks to build both, about 10 hours a piece. I didn’t have any real plans to make the costume, I just downloaded a bunch of Rockem Sockem robot pictures from the internet and looked at them … Read more 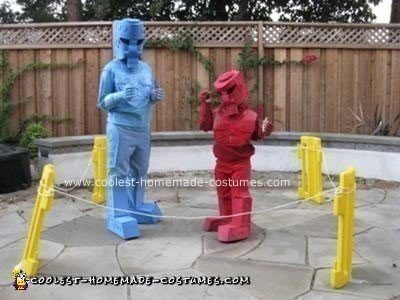 My boys (10 and 5 year’s old) love to play the Rock em Sock em Robot game, so what better thing to be them in real life?? They didn’t even fight over the colors! This was an inexpensive Homemade Rock Em Sock em Brothers Costumes since the majority is made out of sheets of fun … Read more 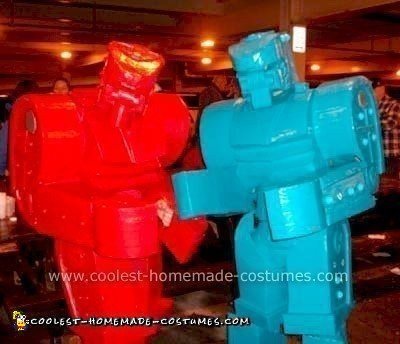 People love toys, and a life-size toy from your childhood is even better. I came up with the idea of Rock ‘Em Sock ‘Em Robots costumes because my friend and I are both the same size and we both love robots. I took pictures of the actual toys and projected them onto cardboard using an … Read more 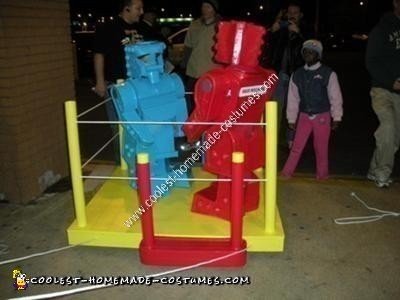 Mattel recently came out with a reproduction of the 1964 version of this toy & my boys love playing with it as much as my husband & I did when we were kids. We all agreed the Rock’em Sock’em Robots DIY couple Halloween costume idea would be great for Halloween! I actually got some ideas … Read more 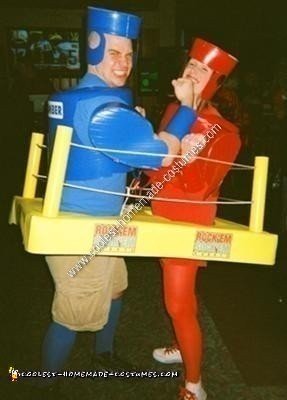 My husband and I have been doing couple costumes for Halloween ever since we met. The college I attended REALLY got into Halloween, so we just kept up the tradition of dressing up for Halloween after I graduated. We like coming up with different ideas, something we know no one else will show up wearing … Read more