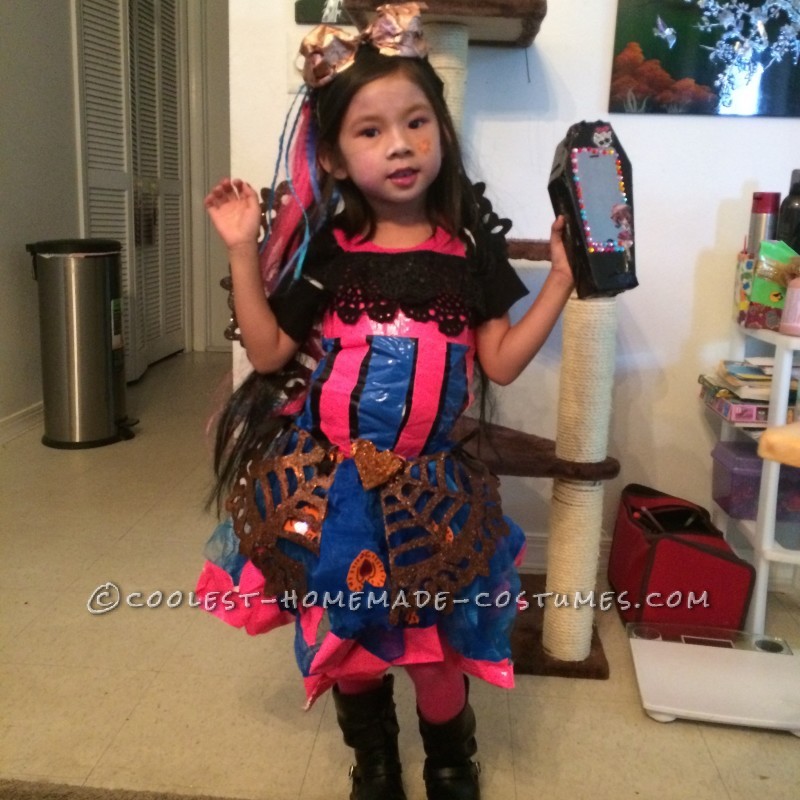 Well due to the Freaky fusion movie for Monster High being recently released there are no actual Dracubecca costumes so I made one myself took me about two months with several prototypes due to the costume being a vampire robot. I also wanted to keep my cost low so that it didn’t cost more than … Read more 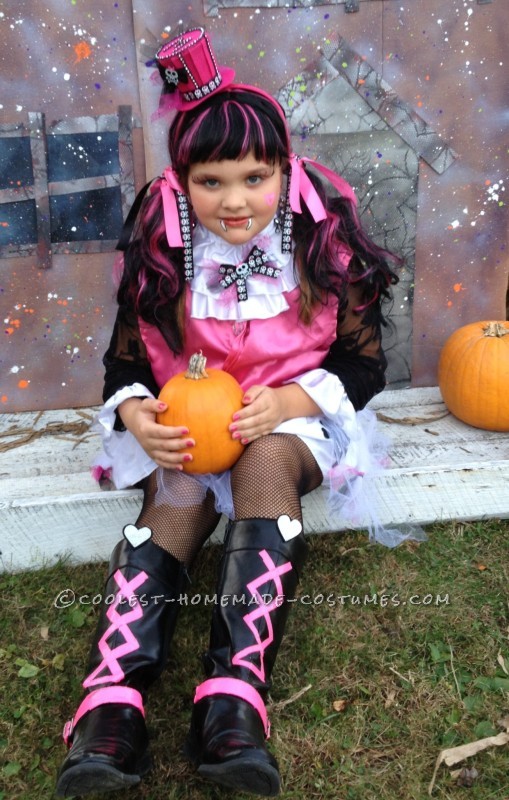 For this Draculaura Monster High Doll costume and makeup we purchased a pink long sleeve shirt, a black lace shirt and a white skirt from our local thrift store. I cut the sleeves off the pink shirt. We added white tulle trimmed with hot pink and black tulle accents to the skirt. I finished the skirt … Read more 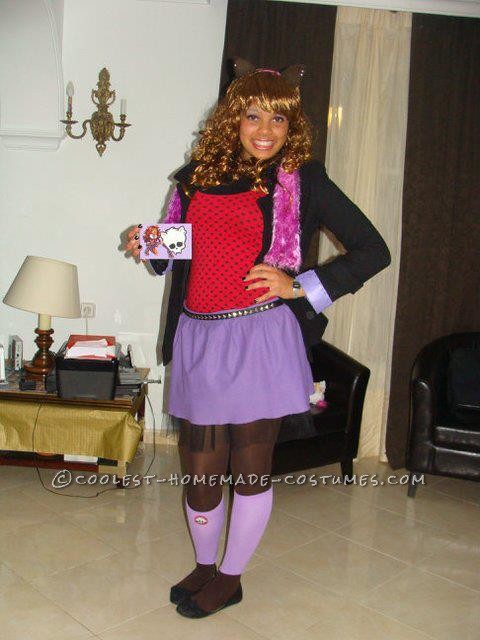 Clawdeen Wolf  (from bottom up) I had a pair of dark brown tights, and I bought a pair of childrens purple leggings and cut them to be leg warmers.  The only thing that was made was the skirt. It was made out of purple felt left over from last year and underneath some black tulle fabric. The red … Read more

Austin is Holt Hyde from the Monster High cartoon. Since the manufacturers do not make the boy costumes, his Mom decided to make one for him. The entire Homemade Holt Hyde from Monster High Costume is made from clothing purchased at Goodwill then covered in colored duct tape.