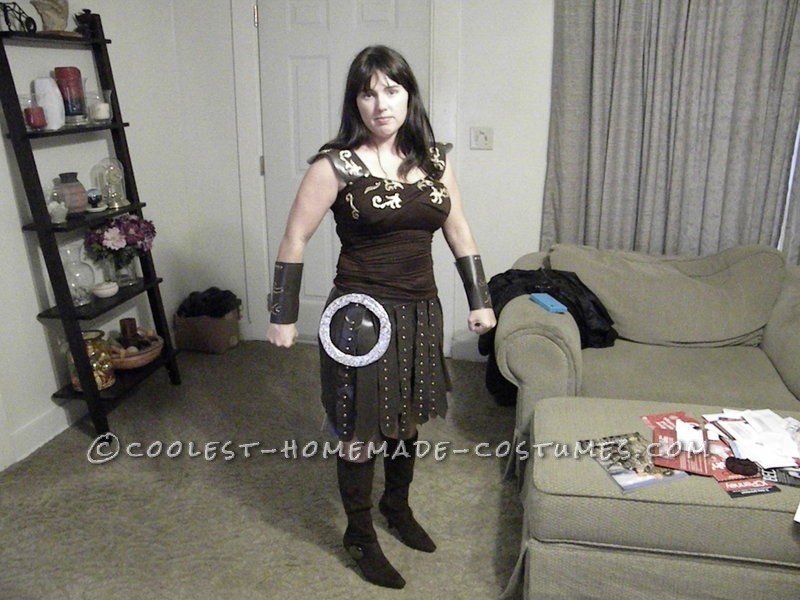 I wanted to be Xena for Halloween because I had rediscovered the show on Netflix.  I sat and watched every episode for weeks.  I thought it would be fun to make my own Xena Warrior princess Halloween costume after looking forever for a store bought one.  I found brown vinyl on the clearance rack at the … Read more

My 4 year old is an avid Xena Warrior Princess fan. She wanted a Homemade Xena Warrior Princess Costume so I went to work making the costume using a 4 or 5 inch action figure as a model. I used some old dark brown nogahide that my Dad had left over from upholstering car seats, … Read more 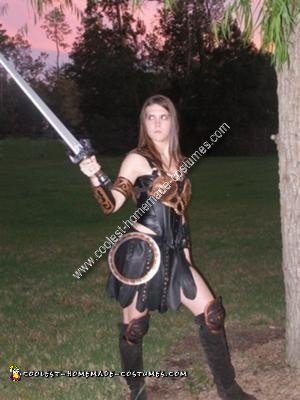 My daughter wanted to be Xena the Warrior Princess, but store-bought costumes were either EXPENSIVE or looked really bad. So I decided to take a stab at it myself. This Xena The Warrior Princess Costume is made from paper mache and a thrift store duster. The whole thing cost about $25. For the armor, I … Read more 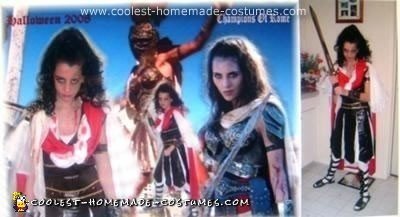 Here is a costume that originally was a store bought Spartan costume. I took it upon myself to modify it with extra material I had around the house. I had to cut it down to size my daughter and also add some painted sandals to match. I used a beadazzler to add studs to the … Read more