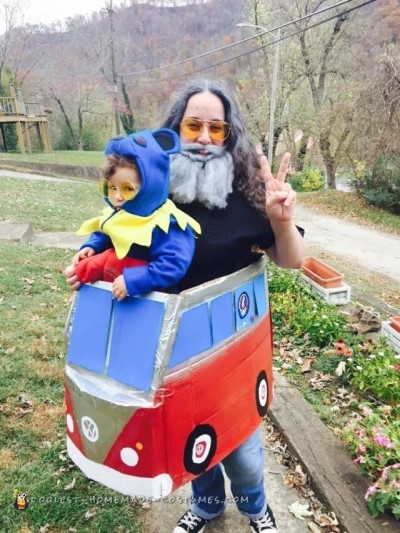 Started with spray painting cardboard boxes and taping them together to form a VW bus. Added some of my own touches and painted it up to look as original as possible. Found a grey beard wig and trimmed it to look like Jerry. Also spray painted my hair grey and found matching hippie glasses. Found … Read more 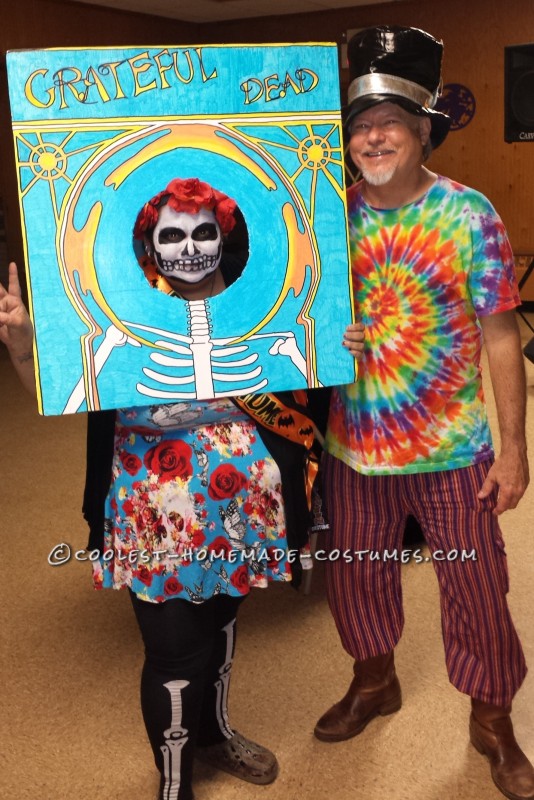 I was tired of the same old costumes, so i decided to make mine, I had a costume party coming up and it happend to fall on  Día de Muertos, The band that was going to be playing was a classic rock / grateful dead tribute band! I figured everyone would be a sugar skull or … Read more

This Homemade Grateful Dead Bear Costume was such a hit! and so easy to make! If you’re crafty you can make your own custom fur costume, but if you’re not as crafty you can buy one. You can easily turn a costume base from another costume to make your dead bear (ex: Elmo, Cookie Monster, … Read more 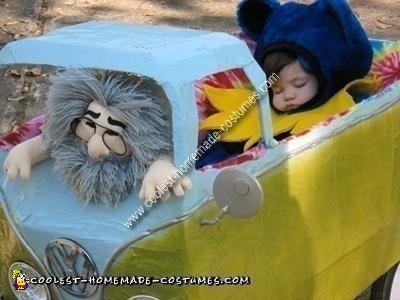 My 11 month old son is in a Grateful Dead Costume dancing bear for his first Halloween. I transformed my old radio flyer into a Volkswagen bus by recycling diaper boxes and then using paper mache and spray paint. I finished it off with some eBay finds and the bus was driven by Jerry Garcia. … Read more