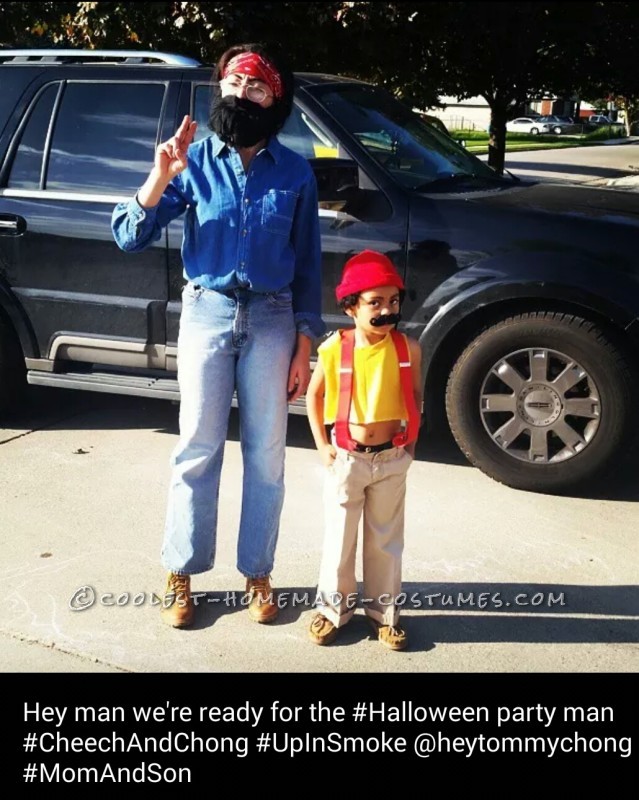 Every year I dress up with my son. Last year we were buzz lightyear and woody. This year is epic though. For the last two month I’ve been convincing my four year old how cool we could be as Cheech and Chong. From showing him pictures, pieces of Up In Smoke, and dancing to low … Read more 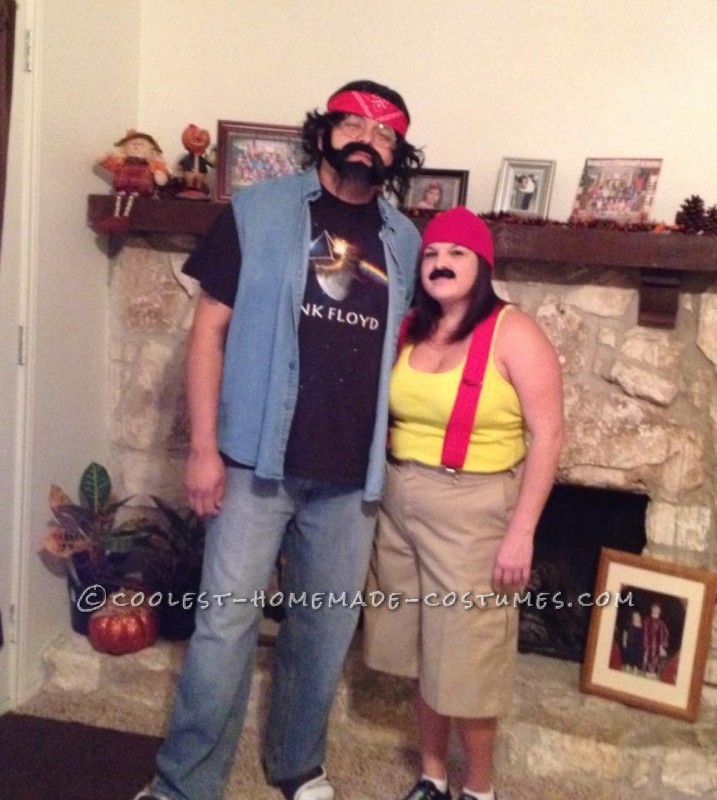 First off my boyfriend and I weren’t sure what we wanted to dress as, I was at Party Sty and a costume for Chong caught my eye, it had the wig, bandanna, sideburns, mustache, beard, goatee and glasses in it already and only cost $14.99.  Went to the local thrift store and purchased a jean … Read more 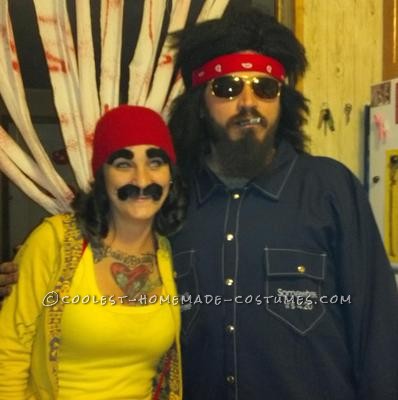 I have always tried to get my husband to do a “couples costume”. He never would because he likes to make his own and actually win’s a lot of costume contests. I came up with this idea of a Cheech and Chong couple costume for the two of us and he totally went for it … Read more 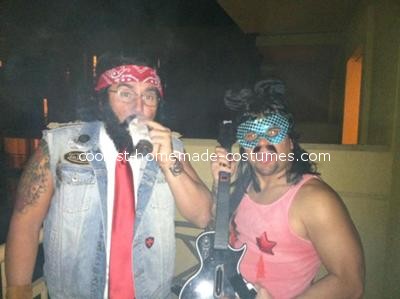 My younger brother and I decided to dress up as Cheech & Chong, but not just the original get up. We handmade them and got so many props on Halloween night, and to add to the touch to Chong I got dust brake on my hands and rubbed it on my arms and face to … Read more 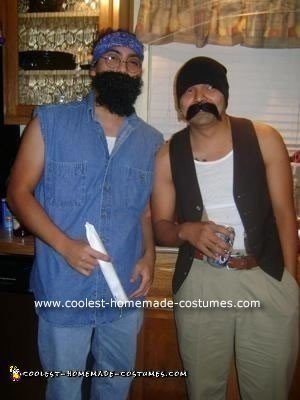 My sister was having a costume contest for the first time last year so of course I wanted to win. My husband and I didn’t agree on couples costumes I suggested him. His best friend suggested Cheech and Chong Costumes. I shopped a couple of months in advanced for different articles of clothing here and … Read more 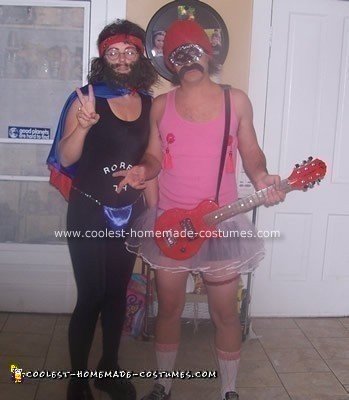 My husband and I were Cheech and Chong from the Up in Smoke Battle of the bands scene! We were the hit of the party, my husband even had a little roadie guitar as a prop. Image the looks we got when HE was the one in the pink tutu and I had a full … Read more