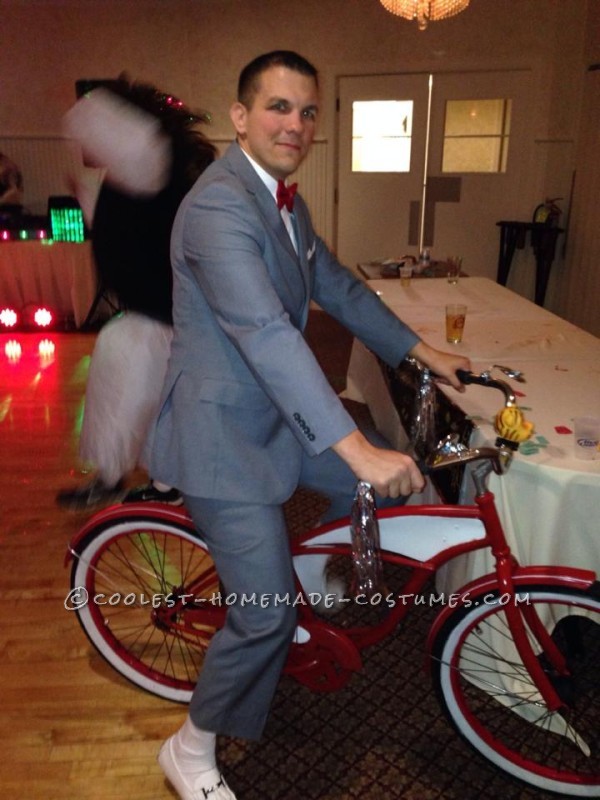 As Halloween approached I was feeling very uninspired about what costume I was going to be for my baseball team’s annual Halloween party. I had a couple lack luster ideas floating around my head, but nothing that got me excited. Since time was short I had basically resigned myself to just doing something from the Halloween stores (yuck). That was until I happen to stumble upon pee wee’s big adventure on TV.

Immediately I knew what I had to do. That day I was scouring Craigslist for a bike fitting to be made into the X1. I finally settled on one that was nearby my house and that wasn’t going for too much. The guy selling it wanted $50, I offered him $40 and he took it. So with that part handled I drafted my wife to help look for a suit. We drove as far as an hour away to look at suit shops but everything I found was either WAY too expensive or just not Pee Wee enough. Eventually she found a suit on eBay that was pretty close to what he wears and was only $99.

With the two main things out of the way, it was now time to focus on the little extra pieces of the costume (which I think make the costume). So I went on eBay and found x-ray specs, large artificial ears, a tiger horn, mirrors, tassels, shoes and everything else that makes Pee Wee, Pee Wee.

Then it was time to start disassembling the bike for paint. This took some time because the bike was black to begin with. So, I had to lay down a couple coats of white primer before I put the red on. Then I used a white paint marker to do the pin stripes and design on the chain guard. I couldn’t figure out a good way to do the pin wheels in the wheels and didn’t have the time to make the bags on the back. So, it came out as a bare bones version of the X1 but definitely brought the pee wee theme together.

The costume was a huge hit, I didn’t win best costume because I am one of the hosts of the party but I got nothing but compliments and had an absolute blast playing Pee Wee during the party. Best part was doing the raffle and making the secret word of the day, and watching everyone get into it and play along. This was by far my favorite costume in a line of good costumes from past years. 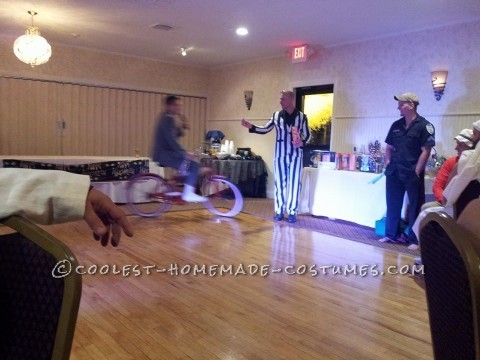 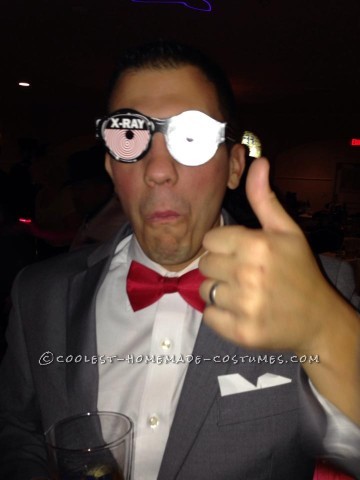 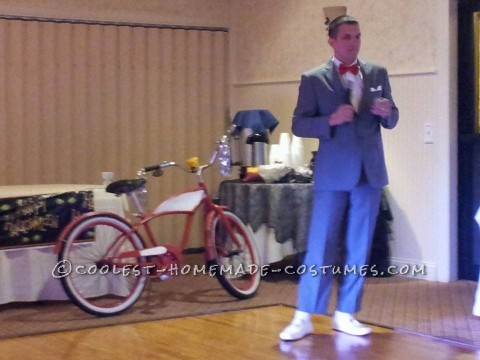