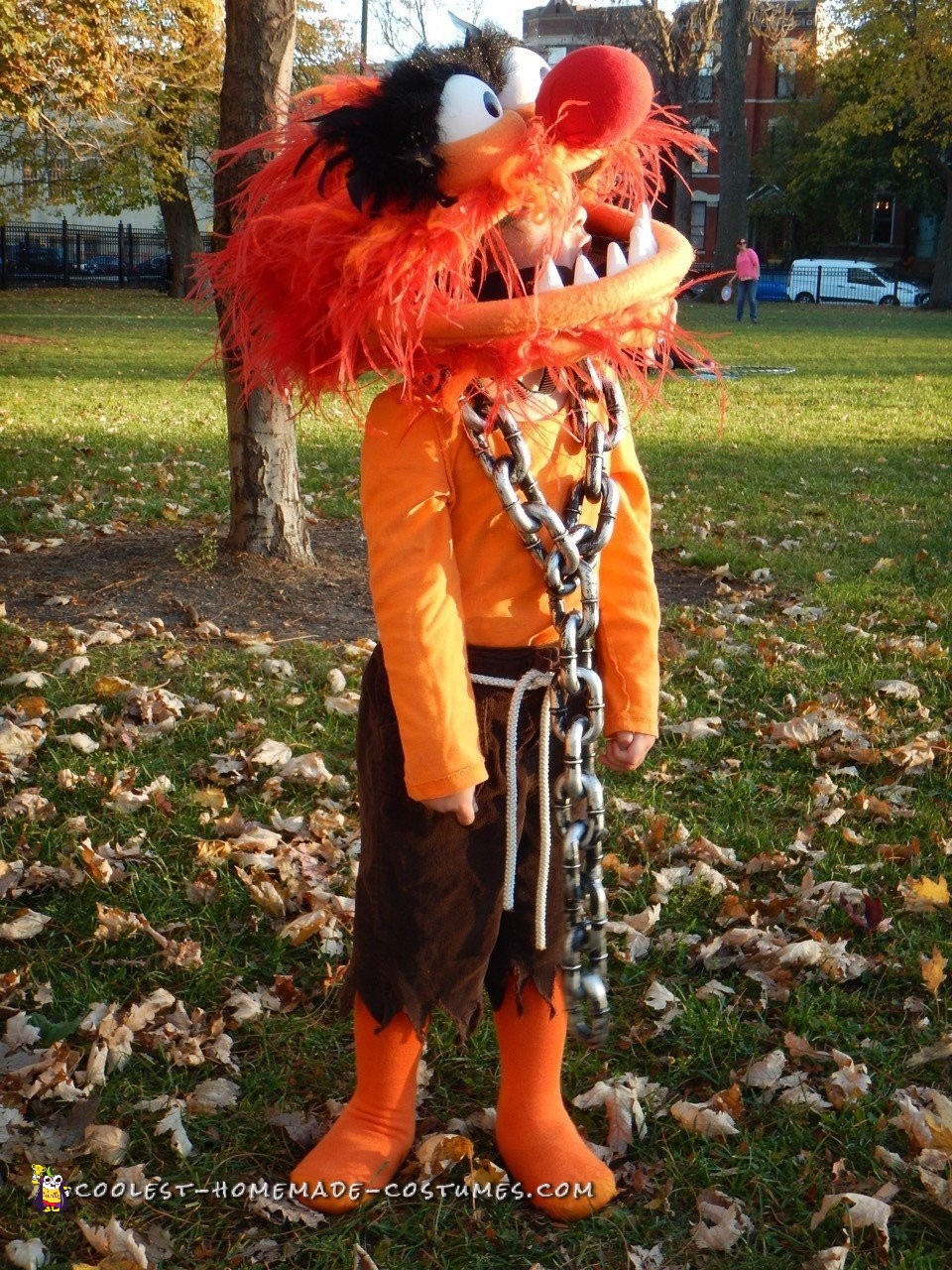 Our three-year old came up with the idea of dressing up as Animal from the Muppets. Originally she wanted to be what all other little girls her age were going to be dressed up as, Elsa from Frozen. We tried very hard to discourage her from the Elsa costume by given her other ideas she may like, such as Jessie from Toy Story or a Minion. After rejecting several ideas she said, “I know, how about I be Animal from the Muppets?” We both looked at each other and agreed, knowing we would have to do a lot of work to make it look like her favorite Muppet.  At the very least, we got through one more Halloween without her dressing as a princess.

After reviewing photos of Animal we knew we needed to make sure that the head wouldn’t fall off while she was walking, so the head was built over a polypropylene plastic costume army helmet with an adjustable headband and chin strap. The headband was critical to the success of the head, as no glue would stick to polypropylene, plus it’s heavy. Since weight was also a huge concern, we concluded that paper mache was a better option as it is lightweight, strong, inexpensive, non toxic, and would accept any kind of adhesive.

We made a paper mache shell that extended past the bottom of the plastic helmet. After it dried, we popped off the paper mache shell and cut all of the helmet mass away, leaving only what is attached to the head band, greatly reducing the weight. We reattached the shell to the remaining plastic and head band with small machine screws, giving us a strong and lightweight core to build off of.

The eyes are porous 3” styrofoam balls skinned with lightweight wall spackle, sanded and painted with acrylic paint. The lower eyelids are cut from urethane packing foam and were wrapped with fleece. The eyelids were glued down before the eyes were glued so that the eyes would not get damaged while using the hot glue.

The nose was made out of a styrofoam egg covered with a red trimmed toddler’s sock glued down with hot glue. Once most of the face details were completed, we began to glue the “hair”, red feathers ripped from a boa, to the back of the head. We worked our way from the bottom of the head to the top of the head to keep the feathers from sticking to one another. All the feathers were glued individually.

Once we got to the front of the head, the eyebrows were added. They are actually feathers trimmed from a feather boa that was from a previous costume. The pink and orange accents of hair are wisps of yarn.

Finally, the teeth were carved out of dense foam and painted with acrylic paint then glued to the inside of the mouth. A hot glue gun ended up being the weapon of choice for the entire project.

The orange shirt, brown pants and orange socks all came from the thrift store. We looked for orange tights online, but were not guranteed delivery. We also tried to buy the shirt online but none were the right color, all too pumpkin orange.

Shirt was worn inside out since there was a picture on the front of it. Pants were cut into fringe and rope we had at our house was hot glued to the waist of the pants to keep it from falling down.

The socks were extremely big, but they worked by covering her legs up to her thighs. Too make her feet seem bigger, she put on her slippers before we put the socks on over them. The neck chain was bought on Amazon but was an adult size. We ended up not using the actual neck piece and looped the chain to interlock around her neck with another link of the chain hanging in front of her.

The most common response was, “Best costume, ever!” Every single person we encountered told us what a great costume it was and were amazed when they found out it was home made. We had several people wanting to take pictures of our daughter and most kids wanting to try on the head. When talking about costumes to strangers after Halloween, some requested that we share a picture with them because they had to show it off to their friends.  For our daughter’s school party, all the teachers picked her as winner of best costume by unanimous vote. No award was actually given, just recognition of the final product.

Everyone automatically recognized Animal, so no explanation of the costume was necessary. 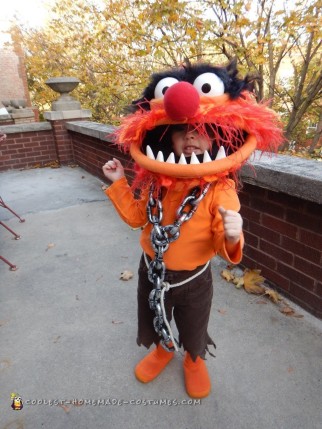 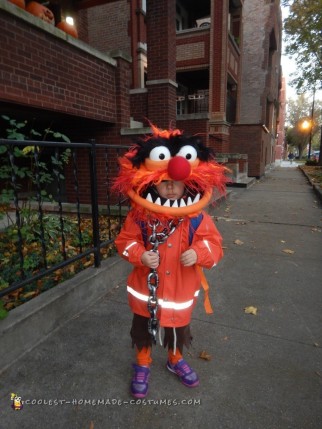 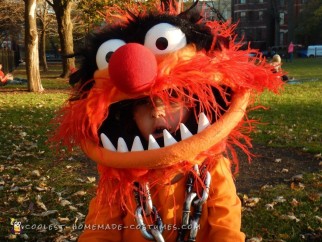 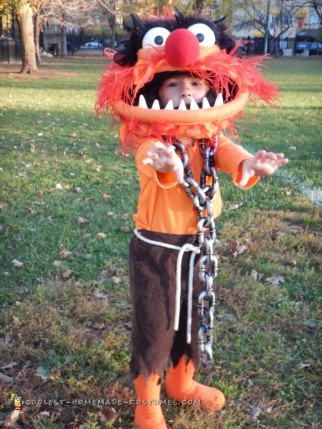 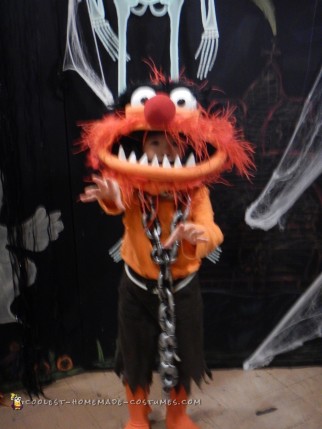 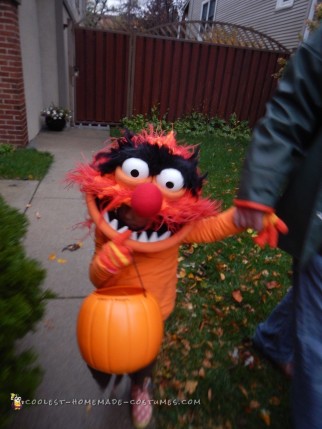 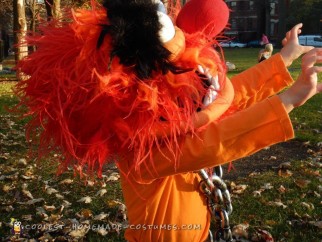