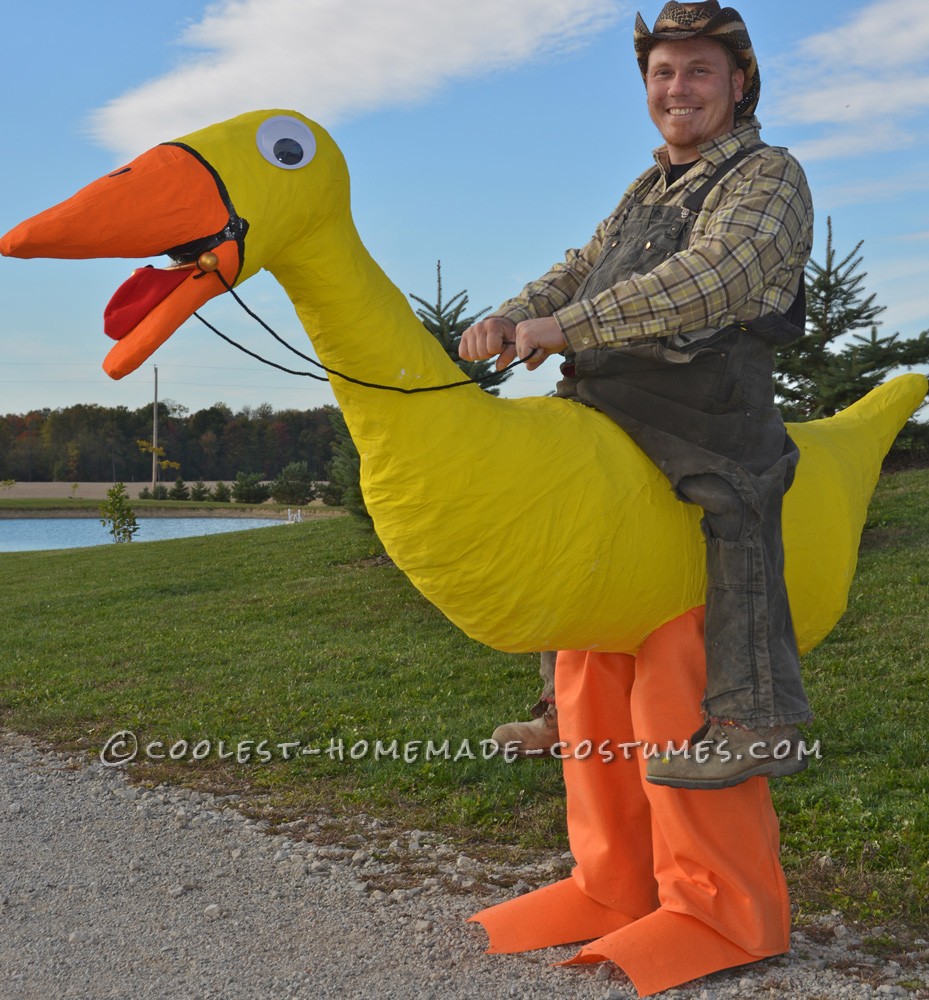 Last summer, our family took a vacation to Gatlinburg TN where we went to the Dixie Stampede. There was a character named Skeeter who had a chicken costume that made everyone laugh and my husband told me “I want that costume!” He decided that day that he would make his own costume for Halloween. We have pet ducks and “quack” was our daughter’s first word, so he chose to make a cartoon duck instead of a chicken.

Thus began the month-long, 30 hour project of building his duck. He found a large cardboard barrel in the trash and explained his vision to us. He then made a trip to the craft store and purchased all the essential duck materials: chicken wire, paint, orange and red felt and two large Google eyes. He already had a thin black cord and wooden piece for the reins.

The first step was to turn the barrel on its side and cut holes for the waist and legs. He then molded the duck head and tail out of chicken wire and newspaper. He did a paper mache technique with paper towels and drywall mud. It dried for three days and then the girls and I helped him paint his duck. He attached old overalls and boots, using plastic tubes for the fake legs. He glued on the large googly eyes and sewed the felt to make a tongue and legs.

His costume is a major hit! Everyone laughs and it makes people smile, so it was definitely worth the hours of hard work. I think it will make an appearance every Halloween! 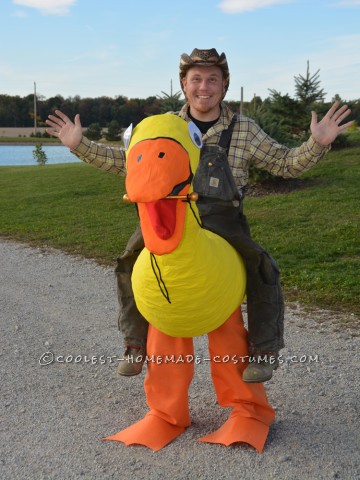