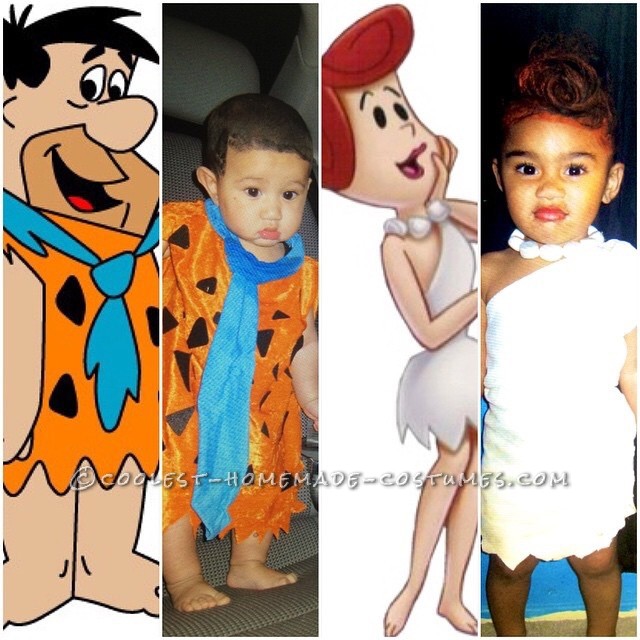 My sister came up with the idea of the Flintstone while flipping through costume ideas because she had two kids to think of. This is a photo of my daughter and my son as Fred and Wilma Flintstone. There is no sewing done with these costumes, just glue safety pin and the fabric.

My daughters custom consist of the fabrics which is somewhat of a suede like material, it is one piece that we had folded in half and at the halfway point we placed it at her shoulders and then wrapped the bottom around my daughter and used  safety pins to pin where she wanted to fit on her.

Her throw was made out of a one piece cheetah print fabric and we cut two  holes where her arms went through and then just let it drape down.

The pearls were purchased from Michael’s fabric which came in one long strand and we just put it to where it fit perfectly like a choker on my daughter and then cut and tied.

For my son’s costume we purchased a square of the Orange fabric, folded it in half and cut a circle right in the middle for his head. We did purchase a square of fabric with sticker-like material on the back to where we just cut out the pieces that we needed and placed the stickers all over the orange fabric.

His tie (its funny because it was actually my little sister’s Boy’s and Girl’s Club T-shirt that we made her take off) we cut a thin line piece and then safety pinned it around the circle that my sister couldn’t earlier to create the tie. My son’s full head of hair came from black costume hairspray.

Both the costumes at the end of the day came out to under 40 bucks. Everyone at the trunk or treat loved their costumes. We actually attracted a nice sized crowd of people that complimented their costumes, took pictures or had questions.

Everyone couldn’t believe they were homemade especially how much it cost. Tons of people in person and on social media have been re-posting their pictures and  telling me to enter them into a costume contest, so here we are. 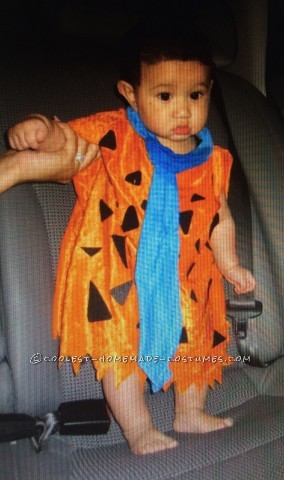 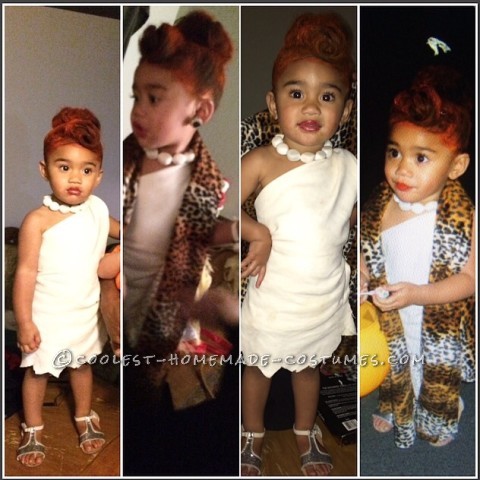 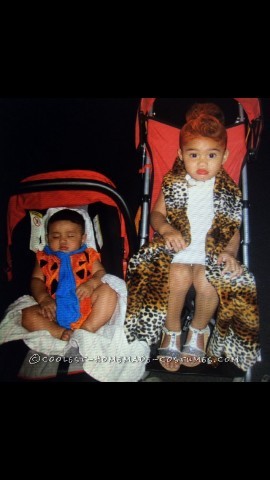 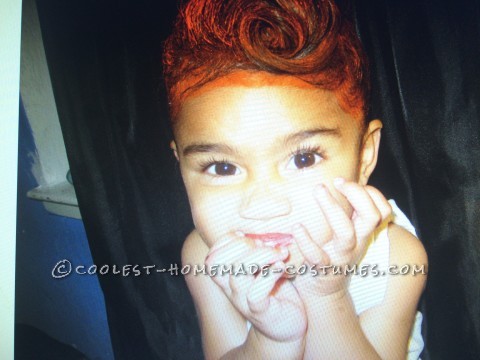 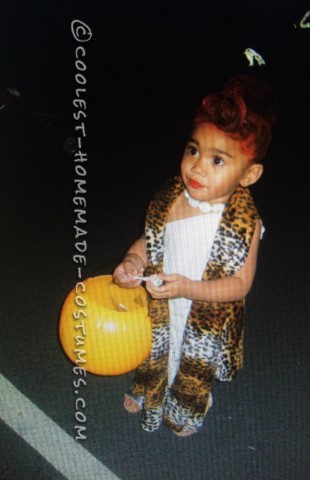