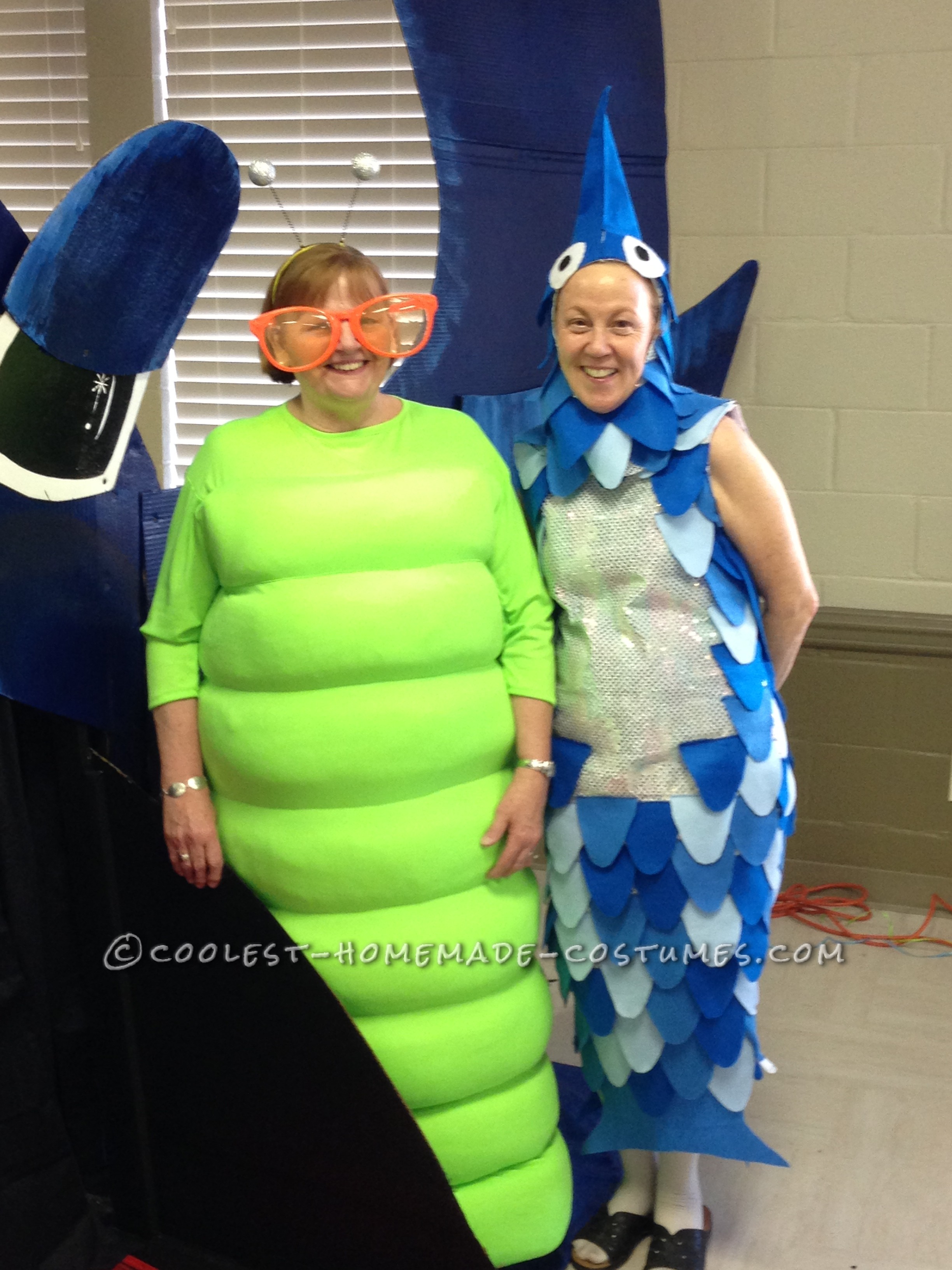 The mention of the letters V-B-S causes me to break into a sweat.  No, it’s not because of the throngs of exuberant  children running amok throughout the church, nor the exhausting “daily-ness” of this event.  It’s more to do with the question, “Will you dress up as one of the characters again this year?”  In a quivering voice I hesitantly reply, “There aren’t any lambs in this year’s program, are there?” You see, for two consecutive VBS’s I donned a heavy fleece lamb costume (with headpiece) that was fashioned out of a one-size-fits-all pattern, a category which does not quite apply to me.  Pouring oneself into such an outfit on a hot summer day can cause one to perspire heavily and forget the Bible story one is supposed to be telling. This costume also prompted one child to exclaim, “Wow, that’s a big lamb!”, as I entered the room.  Hmm…maybe there’s a compliment in there somewhere!

So when the question was posed to me in June, 2013, I once again clarified whether any lambs were to be present at VBS.  No, this year we were studying the life of Jonah — and the WHALE!  My immediate fears were alleviated when I was told that the big fish character was already assigned. (Not that I am overly vain or self-conscious about my weight, you understand.)  I had been relegated to the character of the WORM who ate up the plant that had shielded Jonah at the end of the story. What a relief – until I realized that there was no worm costume in the church costume closet, and I would need to whip one up myself.

I probably made the worm costume more than a dozen times – in my head – as I lay awake at night thinking about it.  I could visualize it coming together, but was procrastinating.  Finally, I bought some yardage of a bright green knit fabric, and set to work using a sleepshirt pattern to shape the shoulder, neckline and sleeve areas.  Having made a sort of tube-shaped dress, I layered another piece of the knit fabric over the first one and stitched some “tubes” that could then be stuffed to give the worm the appearance of sections.  I had decided to use some leftover upholstery dacron to stuff these sections (since I had an enormous roll left over from a recent sofa recovering project).

Having no real “worm” pattern, I did not anticipate how difficult the stuffing of these tubes would be with the side and back seams already sewn up!  I am extremely grateful that my sweet husband was at home the morning I tackled this procedure.  It literally took both of us to manipulate the stuffing into the tube shaped sections.  During the process, I broke a few stitches here and there and took the costume to the sewing machine to make repairs. It was like wrestling a mattress trying to maneuver this huge overstuffed dress!

Having accomplished this task, I proceeded to put on the costume. I had not anticipated the difficulty of this process either!  I couldn’t pull it down over my head by myself, and once again my husband came to the rescue. It was definitely a snug fit, since I did not allow any extra room for the stuffing when I cut out the tube dress shape (a calculation I had not made in my head). However, I was pleased to see that when we got the costume pulled down over me, it really fit fine (it never hurts to have some tight spandex around my middle section anyway!). I did some additional tweaking by sewing on another tube to the bottom to make the costume longer, and adding one more to the chest area (more wrestling at the sewing machine). Sitting down in this get-up was near impossible, and removing the outfit required help as well. I think I can now identify with a snake shedding its skin!

With an oversize pair of orange sunglasses and a pair of sparkly antennae, the costume was a big success at VBS! (I even offered to loan it out for a sleeping bag.) The costume was comfortable and it was a lot of fun being a worm. I was very pleased and relieved that it turned out so well, especially since I wasn’t able to worm my way out of being this character!

The  worm costume was also worn by my son at work for Halloween this year.  He added a dress shirt and tie, and carried a book on Metamorphosis. Everyone loved it and all the ladies had to have a poke and squeeze at his “luscious rolls”, as he called them! It was definitely a big hit! Who knows what other venues this lowly worm will see in the future. 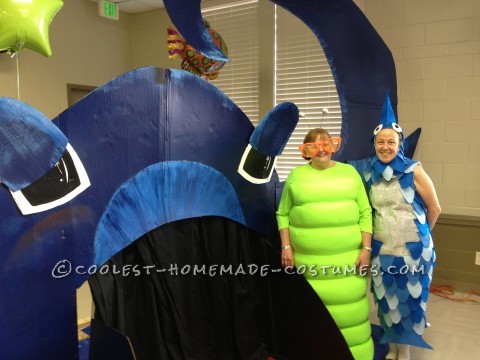 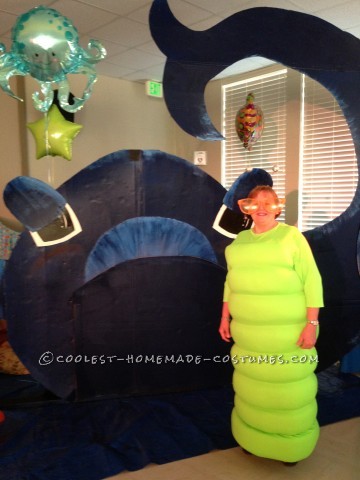 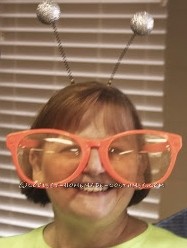 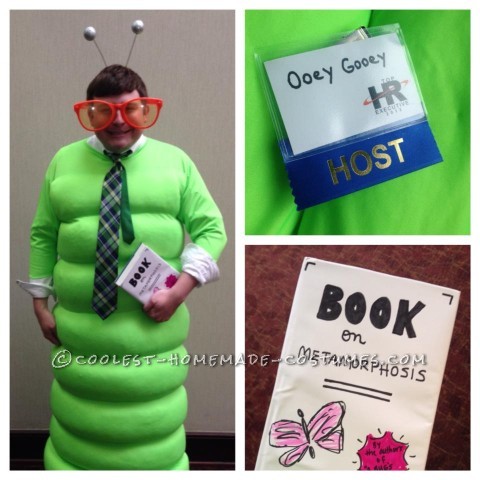