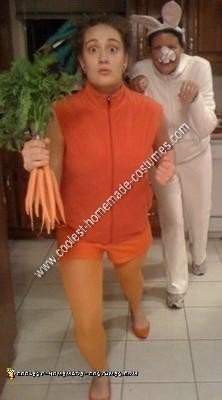 I really wanted to make a costume that directly incorporated my dreadlocks. After playing with them for a while, I realized that if I put them in a ponytail directly on top of my head they sort of stood up, and looked like the top of a carrot.

I was afraid green hair dye wouldn’t entirely wash out, even if it wasn’t permanent. So instead some friends helped wrap each dreadlock individually with green yarn. It actually gave it a much leafier look.

I wore all orange: a vest, Soffe shorts, footless tights and some old pointy shoes of a friend that she let me spray-paint. My friend Lisa helped me turn a pair of buttons into earrings by prying off the button loop and gluing on earring posts. Then I twist-tied four twist ties together (straight from the grocery store) and tied them around the bunch. It, along with some orange eye-shadow and lipstick brought the whole look together.

Much thanks to Jenna, Nicole, Lisa and Nick for their help and to Mona for showing up as a rabbit and making for such great photos! 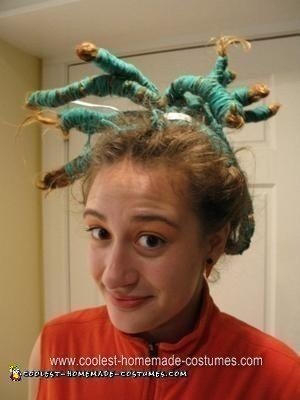 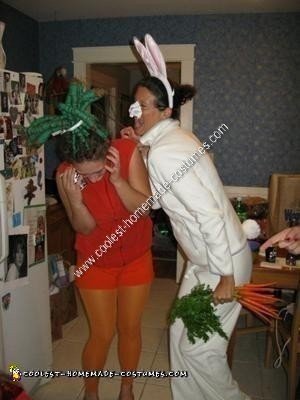