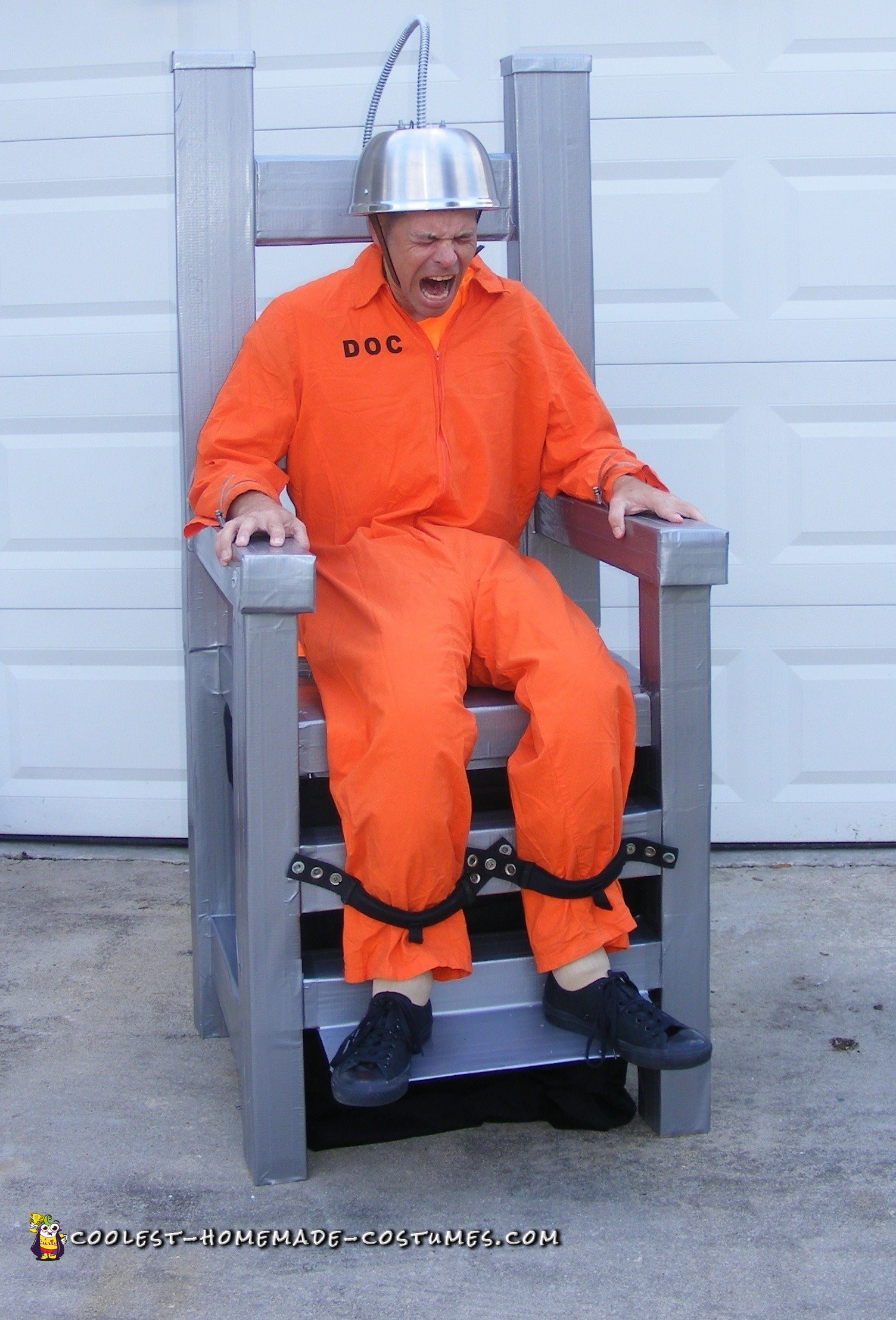 After seeing the Electric chair illusion costume on this site (made by John), I also wanted to do one. Mine is slightly different but is also just as awesome! I had to carefully measure the height of the seated area when I was standing so it didn’t look elevated but also had to match the … Read more 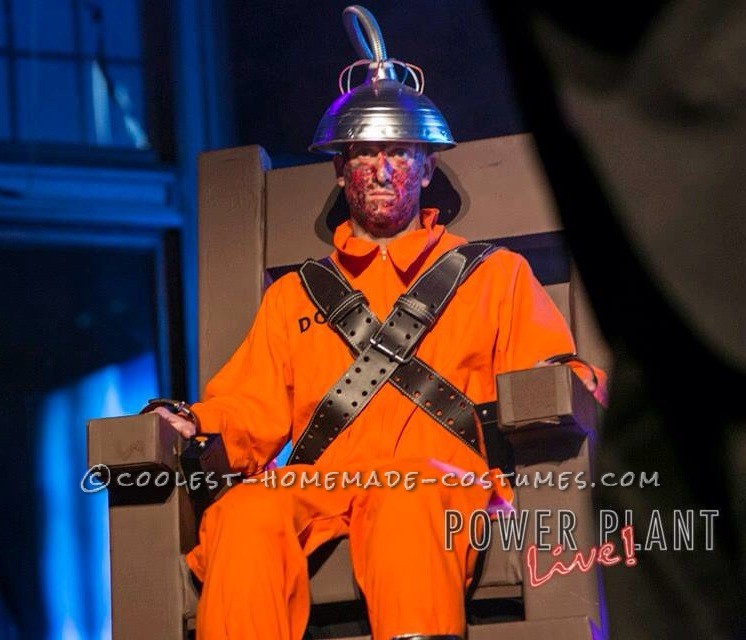 I got the idea about 15 years ago when I saw a guy wearing something similar. I’ve wanted to do this ever since, so I decided this would be the year. I started the costume in mid-September and finished October 20, 2013. The chair is made from cardboard which I measured, cut, folded and constructed … Read more 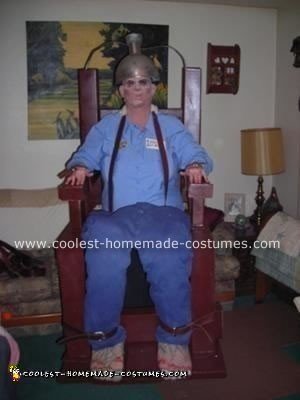 I was inspired to build this costume from a drawing I saw on the internet. I was looking for something out of the ordinary but yet kinda scary. After much thinking and planning the process began. I folded and hot glued cardboard into the shape of boards. I wanted this to be truly three dimensional. … Read more 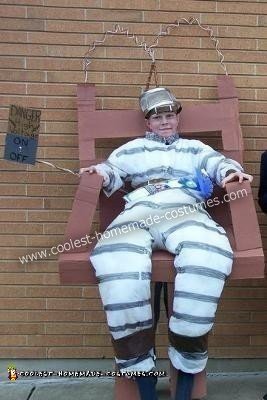 Coolest Electric Chair Costume was made from recycled materials, except for $3 purchase for grey and black eyeshadow for the face effects. The chair is from a fridge box panel we painted and cut out like a pop-up card, it’s just one piece. The prison suit is a used tyvek jumpsuit from a mechanic friend … Read more