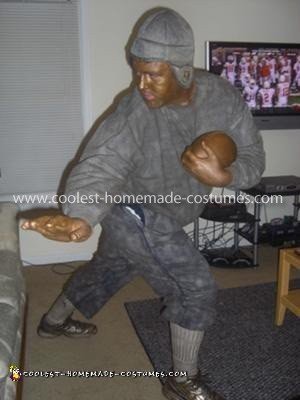 This Homemade Heisman Trophy Costume is my boyfriend Brian dressed up as the Heisman Trophy. We bought bronze spray paint and painted an old sweatshirt and sweatpants (the pants were originally dark blue; in retrospect, a lighter base color would have looked better), knee socks (from a sporting goods store), and old tennis shoes. I … Read more 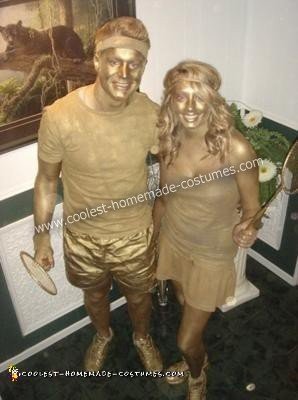 For Halloween, my boyfriend and I decided to create Double Badminton Trophy costumes. We chose to be a doubles badminton trophy (boy and girl). Badminton was the easiest sport to pick as a trophy because the rackets are light and we were able to buy smaller versions to carry around with us. We also wanted … Read more 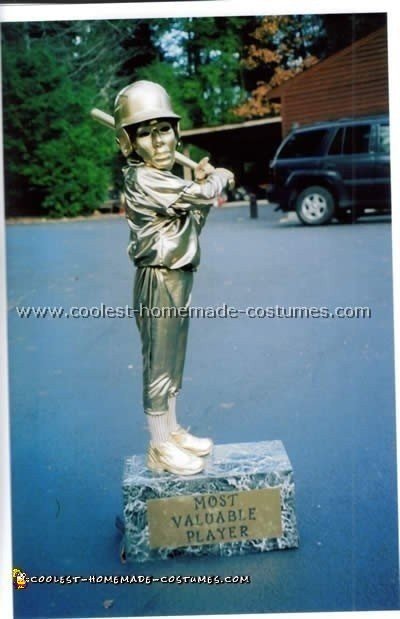 This costume was a show-stopper! I used gold material to make the costume and spray painted for his socks, helmet, shoes and bat! I took a box and put self-adhesive tiles around it and then put a metal plate on the front of with the words “Most Valuable Player”. My son took home a first … Read more