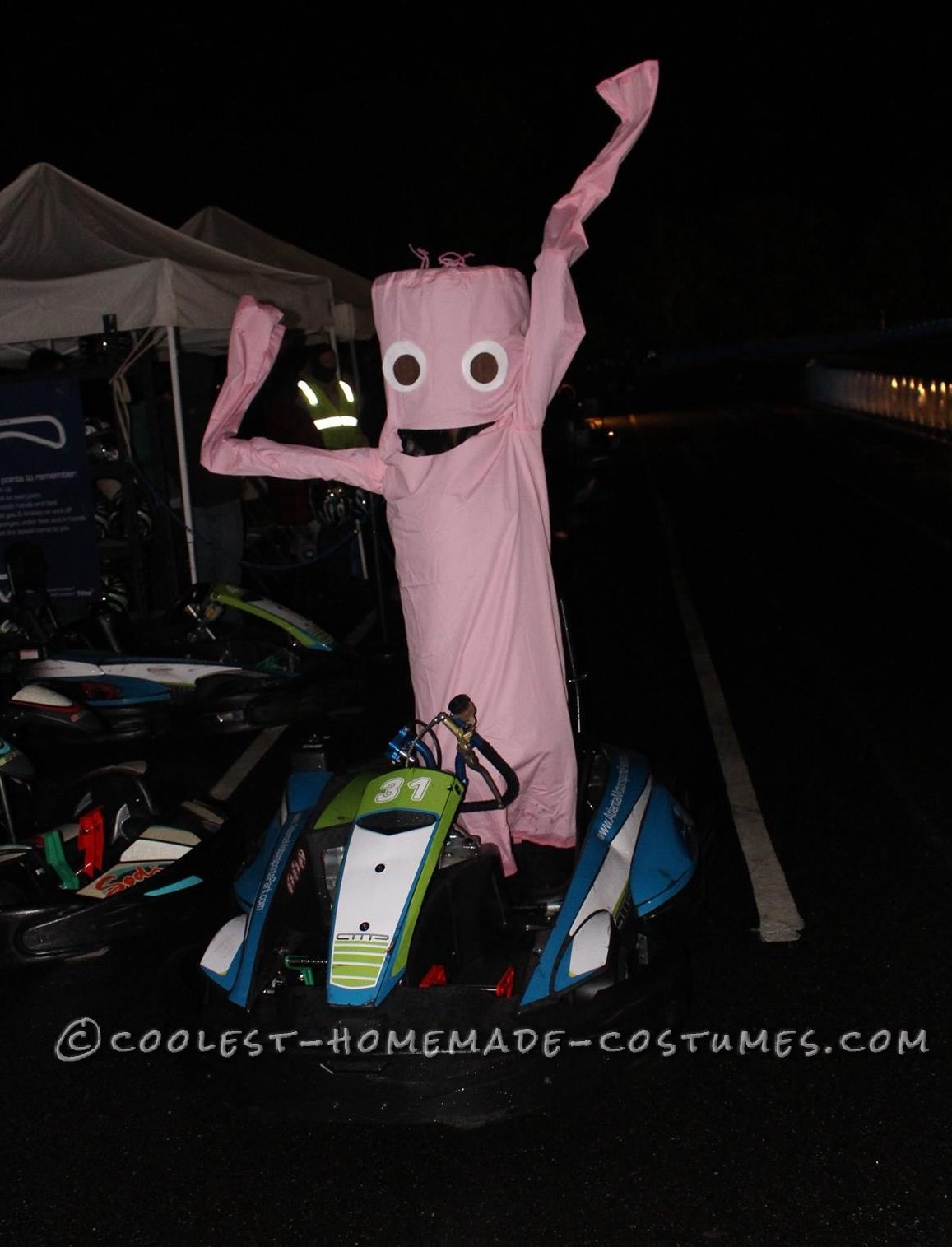 About a year ago, I saw a viral YouTube video of an inflatable tube man costume. I thought it was hilarious and it definitely piqued my interest. However it wasn’t until recently, when Carvana featured an inflatable tube man in its now infamous commercial, I found the catalyst needed to act upon my enthusiasm. So … Read more 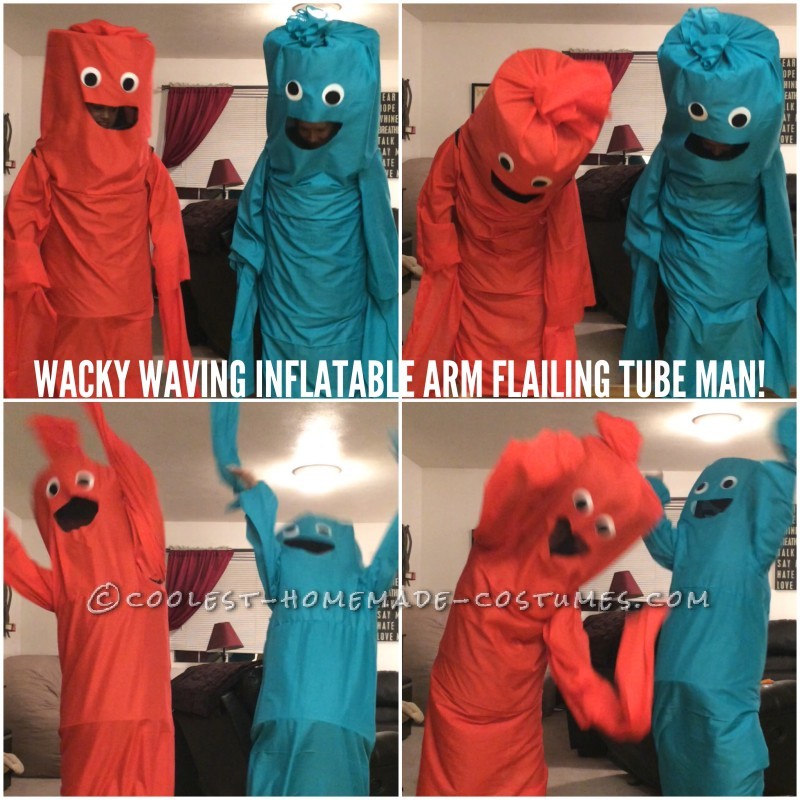 Who doesn’t love the Wacky Waving Inflatable Arm Flailing Tube Man?! WE LOVE HIM! We decided to go as the crazy inflatable, side of the road tube salesman this year for Halloween… mostly for the epic dance moves. Of all the costumes we’ve done in the past, so far this one has been the most … Read more 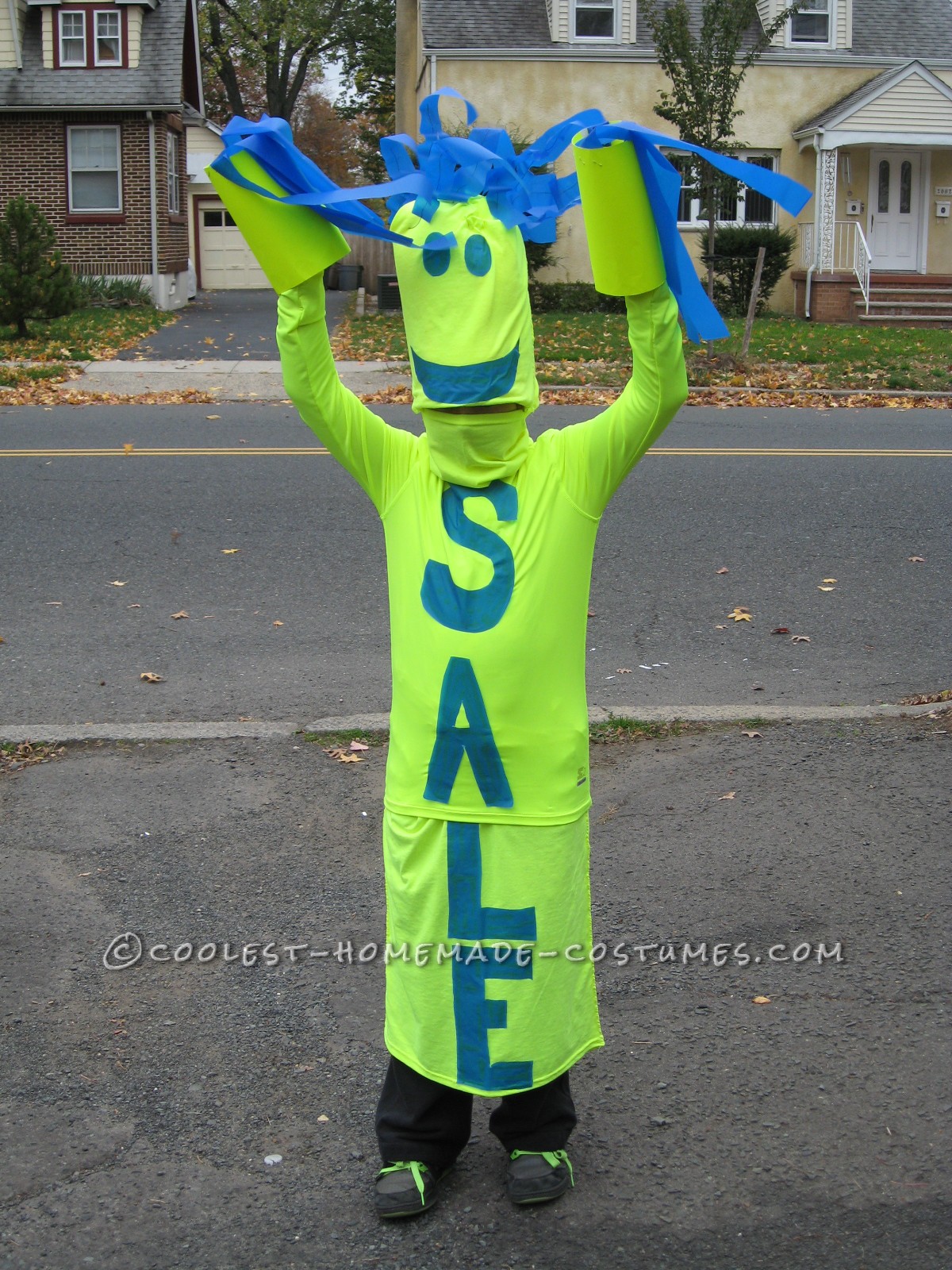 My 10 year old son is one of those dancing signs you often see along the highway. It is mostly sewn together from men’s bright yellow t-shirts. The letters and streamers are a blue plastic tableclothe. This won in a local contest in a neigboring town. In motion this got a great reaction. My son … Read more 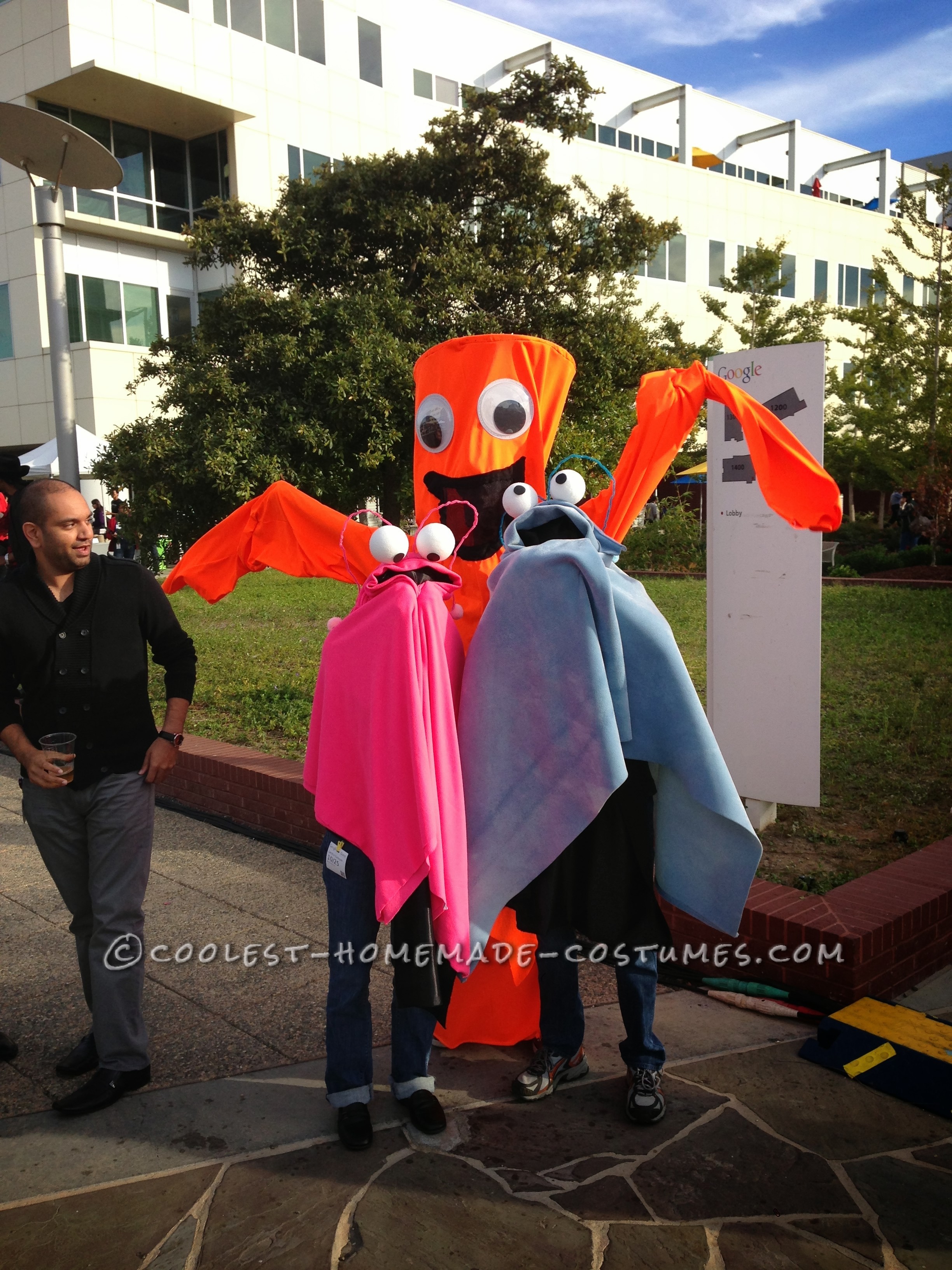 My daughter has always loved the air dancer, fly guy promotional fan powered advertising ‘things’ outside car dealerships and the like, She calls out “Look a Funny Guy!” every time we see one. I even looked into buying one but they’re expensive! I was inspired by someone else’s costume I saw on reddit and decided … Read more