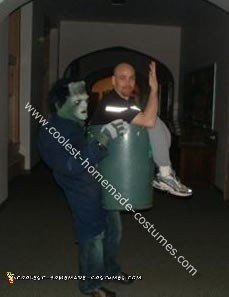 There was a civic strike which affected Garbage pickup when I made this costume. I actually had people ask me who was carrying me! Here is how I made this trash costume: Cut a hole in the back of a garbage can. Leave about a 6” rim at the top so it looks continuous. I … Read more 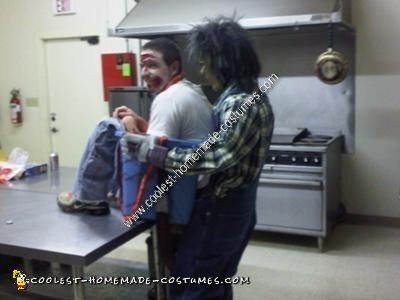 I got this homemade butcher optical illusion Halloween costume idea from a couple of costumes off this website. I used chicken wire to make a torso, then arms, then shoulders, then the neck. I bought a scary mask and molded some chicken wire and paper towels to fill out his face. I also bought a … Read more 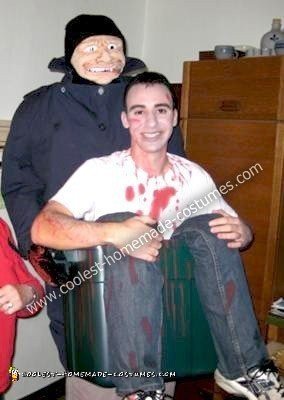 Disposing of the Evidence… This Homemade Gangster and Body Optical Illusion Costume took me about 6 hours to make. For the gangster’s torso I used a jacket and mask over a Styrofoam/newspaper frame. It was supported upright with an aluminum pole that went into my back pocket. I cut a large hole in the back … Read more