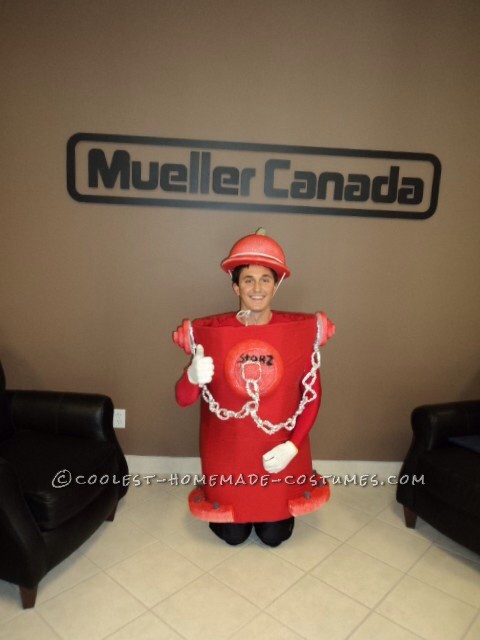 My name is Sean and I used to work for a company called Mueller. They sell underground water flow control products, i.e Fire Hydrants. Two years ago they had a Halloween costume contest at work so I decided to be a smarty pants and go as a fire hydrant to make it a big joke. In order to … Read more

My roommate and I have been creating our own original costumes for 4 years now and entering the costume contests. We tried looking online for a picture of a hydrant costume (so that we had some ideas on how to create it), but no luck there. This doesn’t only have to be a child costume. … Read more

Because I have twins I tried to think of costumes that would go together, but would also be unique and out of the ordinary. I came up with the idea of a Dalmatian dog costume and a fire hydrant child costume. I am not sure where the idea came from, but it was fun to … Read more 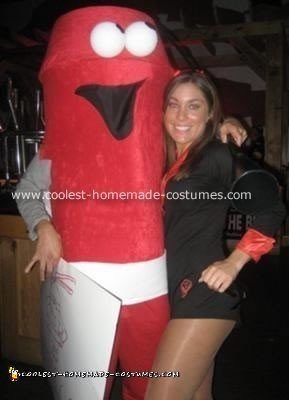 I got this idea from a cartoon I came across when searching for ideas. The cartoon was a picture of a fire-extinguisher with a funny caption that read “I put out”. I was sold from that point on that I was making the costume. 2 styrofoam balls red felt black see through felt plastic tubing … Read more 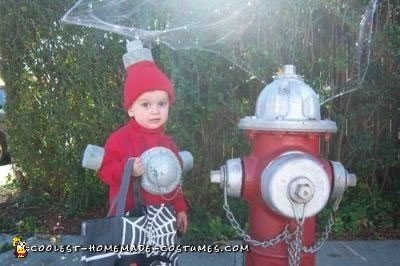 I love having coordinating costumes, and especially homemade ones, for our two children. Though as they get older, I know my chances of this continuing will soon come to an end. But for now, we are having fun! The first year they were Dorothy and the Tin Man. Last year, they were a Firefighter and … Read more

The homemade fire hydrant Halloween costume was a lot of fun to make. I started by purchasing 1 1/2 yards red felt, 1 yard of a darker red colored material, and some bendable wire at Wal-Mart. I had a lady sew casing to the top and bottom of the felt piece and then I fed … Read more 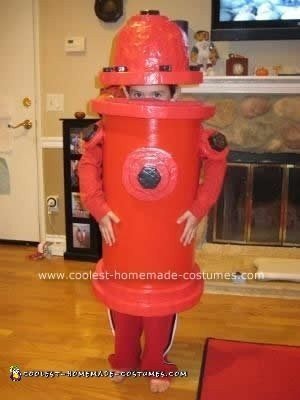 My son loves to come up with crazy ideas for Halloween costumes, and we love figuring out how to make them. So when he told us he wanted to be a fire hydrant, we were excited about the challenge. Using a concrete form for the body, layers of foam board for the hat and nozzles, … Read more 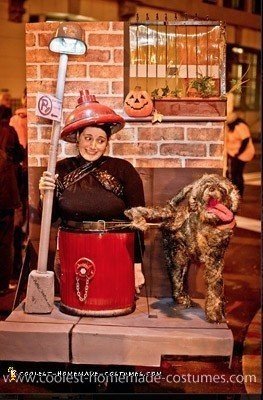 Using foam core and brick contact paper, I created a building wall where it meets the sidewalk, including a sidewalk all the way to the curb (always overly ambitious, I also built part of the street with the drain and the manhole cover, but those had to be cut from the costume due to size … Read more 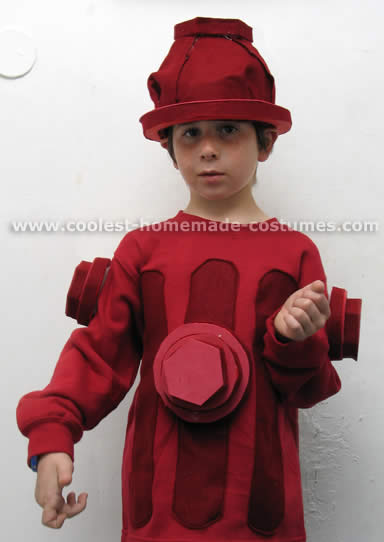 This is an easy-to-wear fire hydrant child costume. All the pieces are attached to the shirt or to the crown. The nozzles on the shirt (made out of felt-covered-Styrofoam) are attached with Velcro so that the kid can remove it if needed (e.g., to take a break to play a basketball game). Craft stores sell … Read more