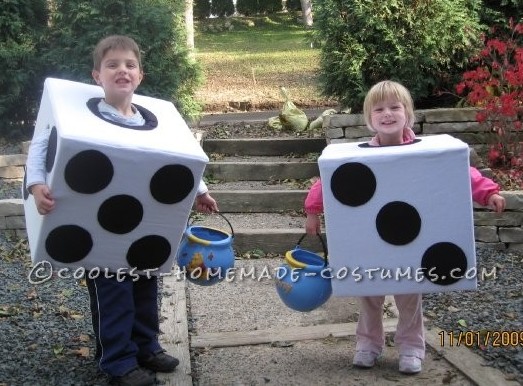 I made these dice costumes for my 5 year old son and 3 year old daughter.  The two of them have been dressing up in couple costumes for a few years and I couldn’t let this year go by without making another pairing. These costumes were pretty easy to make. The boxes were purchased at … Read more 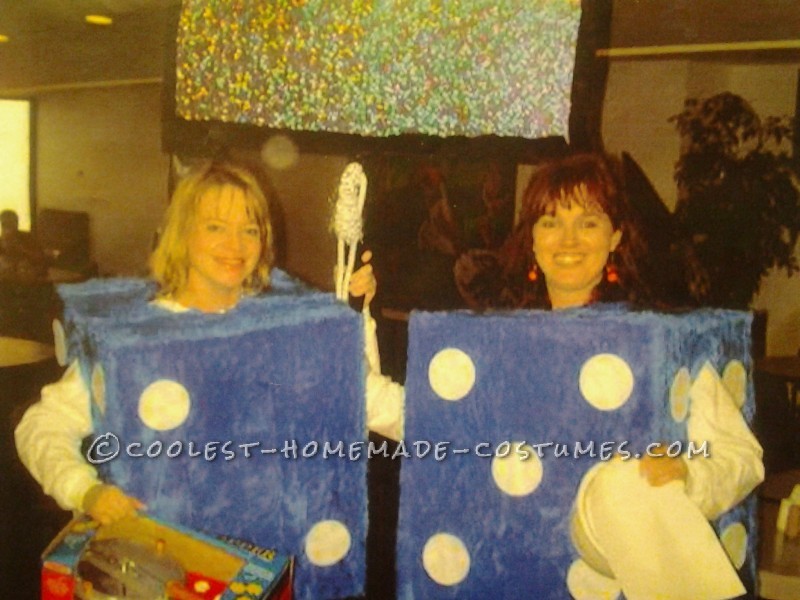 This was my first office costume contest entry and subsequent winner!  My best friend and I were looking for something we could do together that wouldn’t cost a lot or take us much time to make.  A pair of Fuzzy Dice was it initially, but I thought it would add a little something extra if … Read more 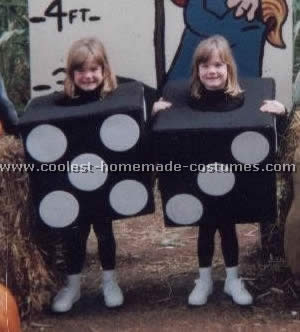 This is so easy and perfect for twins or best friends! I found kid costume ideas from searching on the web! You will need about six yards (more or less can’t remember how much it actually was) of fuzzy material of your choice of color (though red and black is more traditional), about two yards … Read more 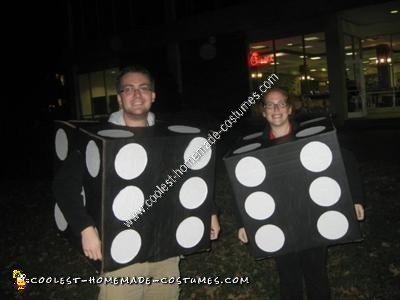 I spent 5 hours painting cutting and making this DIY dice couple Halloween costume idea. Instead of walking around we rolled around! It was fun. Sadly I entered 3 costume contests and each and every one people chose store bought costumes. What happened to Halloween? The best part is to make something and be creative. … Read more 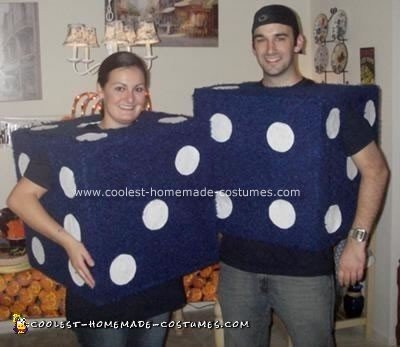 This was my second attempt at a completely homemade costume! The main pieces of the homemade pair of fuzzy dice couple costume are made out of felt (white dots), blue fuzzy material and boxes. All we had to do was cut three holes in the box, hot glue the fabric to the box and then … Read more 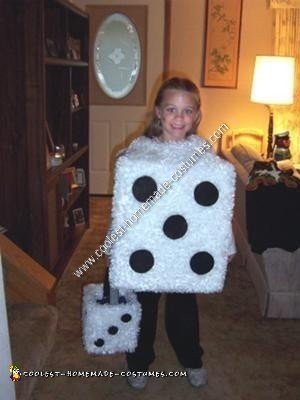 I made this homemade pair of dice Halloween costume for my 6 year old daughter. I wanted it to be soft and easy to move around in, so we did not use a box! Instead, I formed a box with 2” foam, leaving the top and bottom open. Ribbon was glued inside to form suspenders … Read more