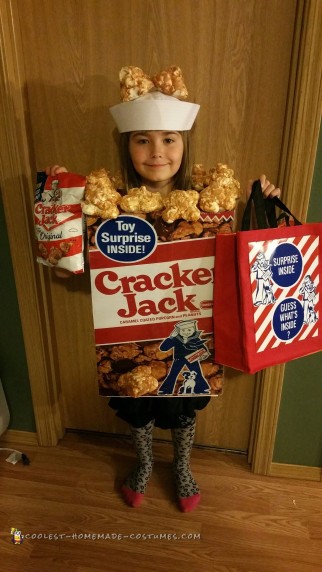 Overall, this Cracker Jack costume was pretty easy to make. I had the logo printed from the computer based on the cardboard box size. I used spray adhesive to attach the image, then covered the whole works with clear shipping tape (for reinforcement and a little protection from the rain). The popcorn kernels were made … Read more 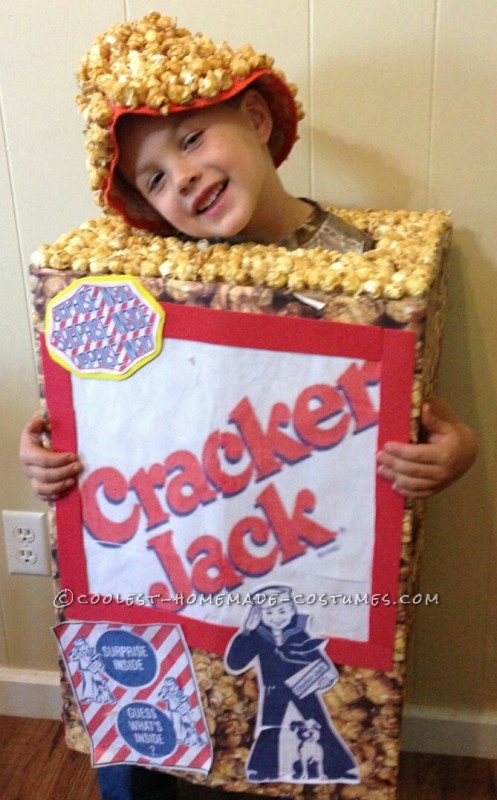 Preston loves baseball and when a local fair costume contest was announced he was bummed out that the theme was not sports this year. The annual town fair has a kids costume parade that awards ribbons based on the theme. This year theme was “Under the Big Top” circus carnival theme. Preston’s mom with the … Read more 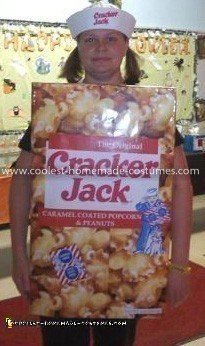 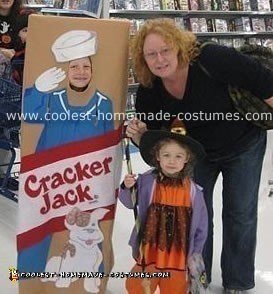 I have made my son, Jack, many costumes that have been based on his name (lumberjack, jack-in-the-box, jack and the beanstalk) but last year’s was my favorite! The costume was made primarily of felt. I purchased a rectangular piece of Styrofoam from a craft store to be the top of the box. I bought tan-colored … Read more