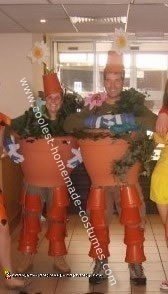 We wanted just a simple,easy costume so the Bill and Ben costumes was a great choice. The body is obviously just a big garden pot with the bottom cut out for our legs to go through. We made four holes,two on the front, two on the back and threaded and tied some rope to go … Read more 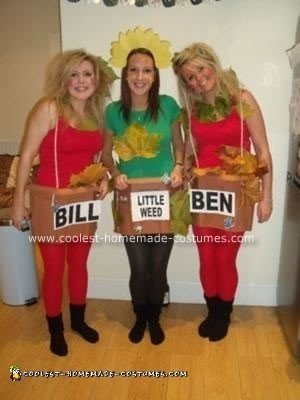 We decided to go as Bill and Ben and then our friend Leanne wanted to join in so she came as the Little Weed. We went to B and Q and bought some flower pots and bought some saws for 20p in the sale. We came home and sawed off the bottom of the pots … Read more 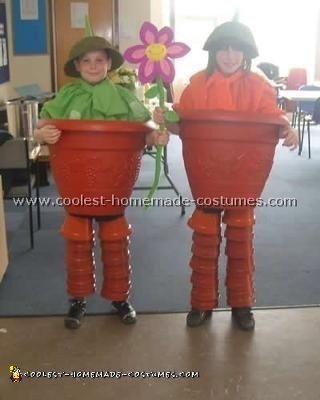 I was asked by my children’s school to make a Bill and Ben costume for the opening of a garden. I bought two big flower pots and drilled out holes for the arms and a big hole at the bottom. I sprayed the pots red and on the back I wrote their names with a … Read more 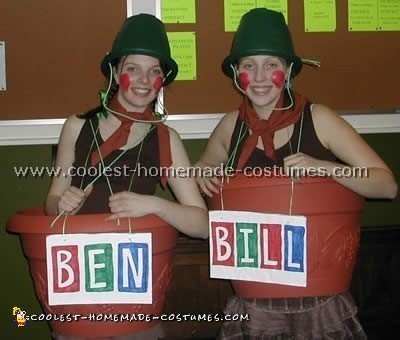 It was my sisters 13th birthday and she had a costume party. There was no theme really but my friend Laura and I wanted something completely different. We had loads of ideas of like Barbie and Ken Robbers fairies but they were rubbish ideas. So after looking on the internet for ideas we thought of … Read more