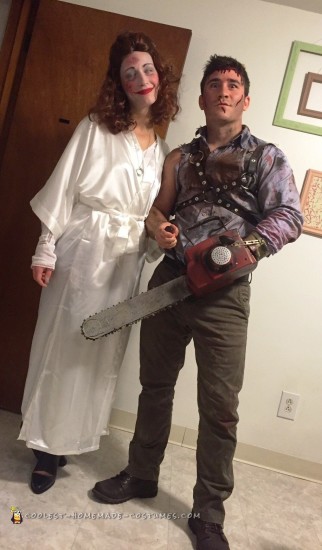 Here’s how we created our look: Ash We went with a design that mirrored Evil Dead 2. The Chainsaw was made using a chainsaw prop from Spirit Halloween. I removed the back handle and cut a hole for a metal plumbing cuff and then used metal fixings and screws to attach the cuff to the … Read more 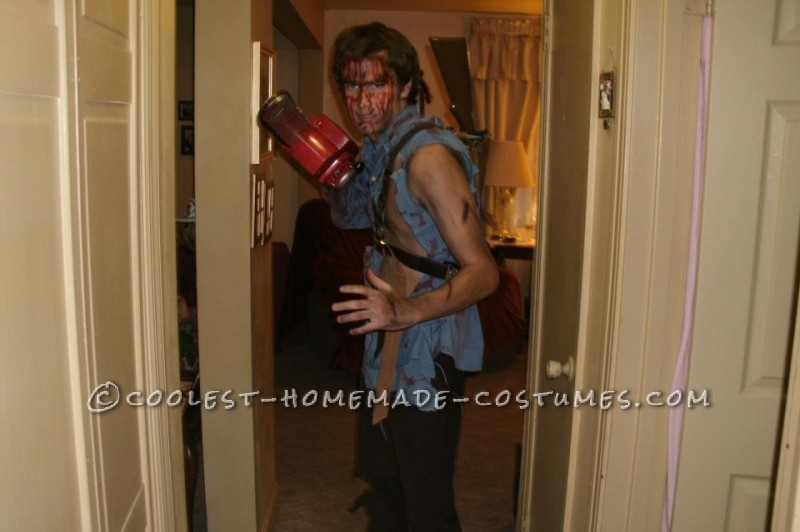 “Okay, you primitive screw-heads, listen up!” This year I went as ASH WILLIAMS. The hero from The Evil Dead series starring: Bruce Campbell. Lucky this costume is pretty simple. It consists of: 1 Blue Collared Shirt. 1 Brown Pair of Pants. 1 Pair of work boots. A leather harness. A Holster. A Toy Shotgun. A Toy Chainsaw. Fake … Read more 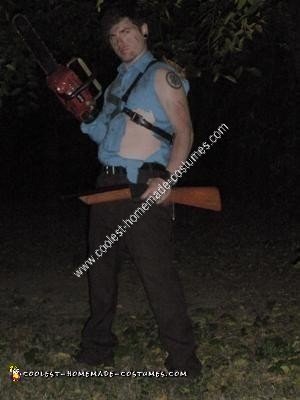 Alright you Primitive Screwheads, listen up! You see this? This… is my homemade Ash Halloween costume!!! I’ve been making my own costumes for the past 5 years but this is the most involved that I have done so far. After seeing a tutorial on making the chainsaw hand, I decided that I would go for … Read more 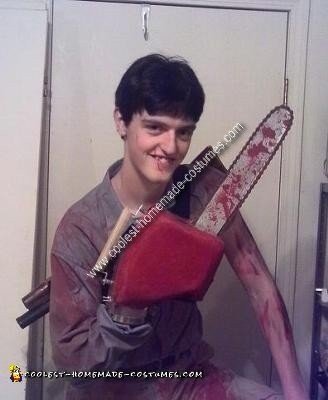 My son adores the Evil Dead series, and for a friend’s Costume/Birthday party, he decided to go as Ash from Evil Dead/Army of Darkness. He took an old shotgun stock and made ‘sawed off’ barrels out of spray painted PVC pipe. He then created a chainsaw hand out of wood, a juice jug, paper mache, … Read more 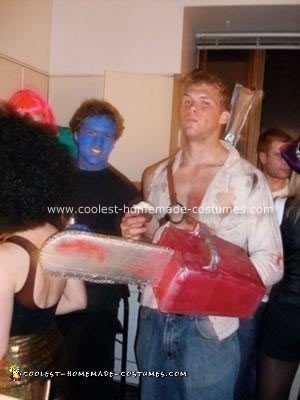 I made this Homemade Ash from Army of Darkness Costume last year. I found a cheap shirt at value village and ripped it a bunch and smeared makeup over it since that’s all I had to make it look dirtier. In the back is a rifle I made out of cardboard in a holster also … Read more 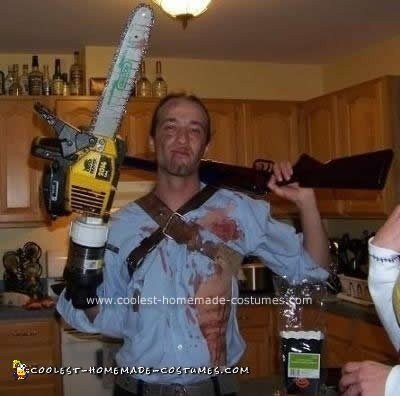 This Homemade Ash Costume from Army of Darkness cost me about $45. I bought a broken chainsaw from a garage sale and took out the motor so it wouldn’t weigh a ton, then to Home Depot for some PVC pipe and rubber grommets to hold my hand in place. I got a screw on PVC … Read more