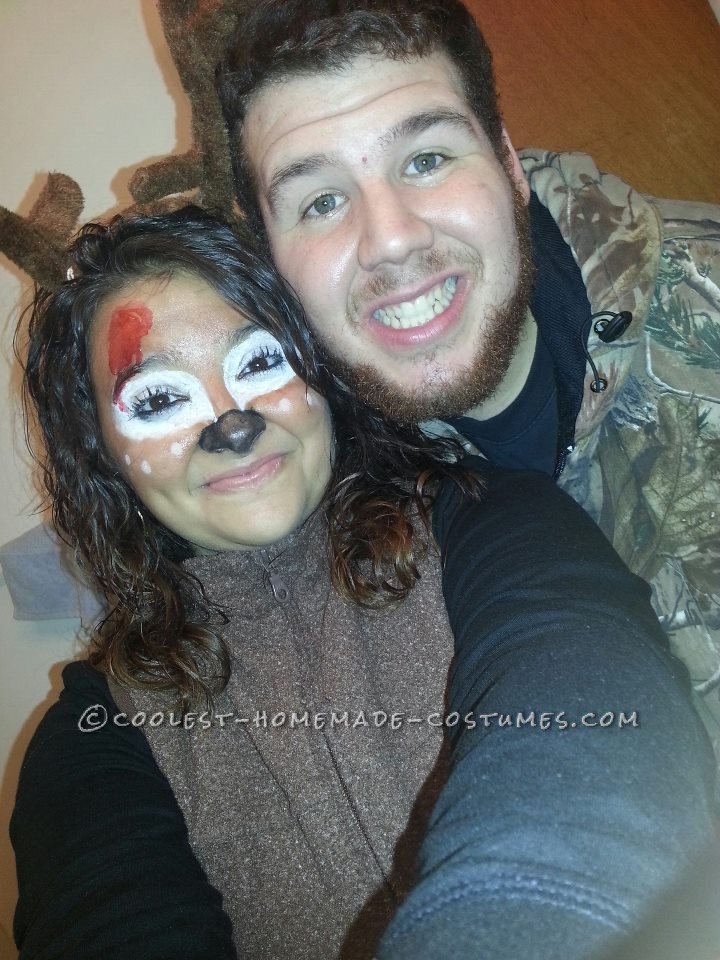 It was that time of year again, Halloween. My boyfriend Chris (19) just wanted to  pass out candy and not dress up. I, Selena (16) did not think that was a great idea. I realized how much camo we have, but yet we have never gone hunting.  So I gave it a thought for a couple of days and I told him, why don’t I be a deer and you be the hunter?? He laughed and said yeah.

After that I looked it up online, I got super excited about it. It was a wonderful idea, but there was so much to do, well for the deer part. Chris already had the full on beard, he had the camo jacket. He was going to bring his bebe gun but he forgot it at home. It was fine though, you can still tell he was a hunter. He did not need much to do. I on the other hand, I had to buy furry stuff, make up, antlers. I honestly went through hell to find a furry vest and antlers. But int the end, it was the best!! Everyone’s reactions we’re priceless!! They told us it was a great idea and they have never seen it before. On Facebook, we got a ton of “likes” on our photos. I wouldn’t have changed a thing!

I watched 1 YouTube video about deer make up, it was pretty darn good. I did not try doing my make up to see how it would come out, I just did it the day of Halloween to see how much confidence I had in myself.

I honestly believe, my make up was the best part of the costume, for the first time doing my make up like that. It came out amazing! I got a ton of comments about my make up and how good it looked. My make up almost took a good 2 hours. It was completely worth it though!! 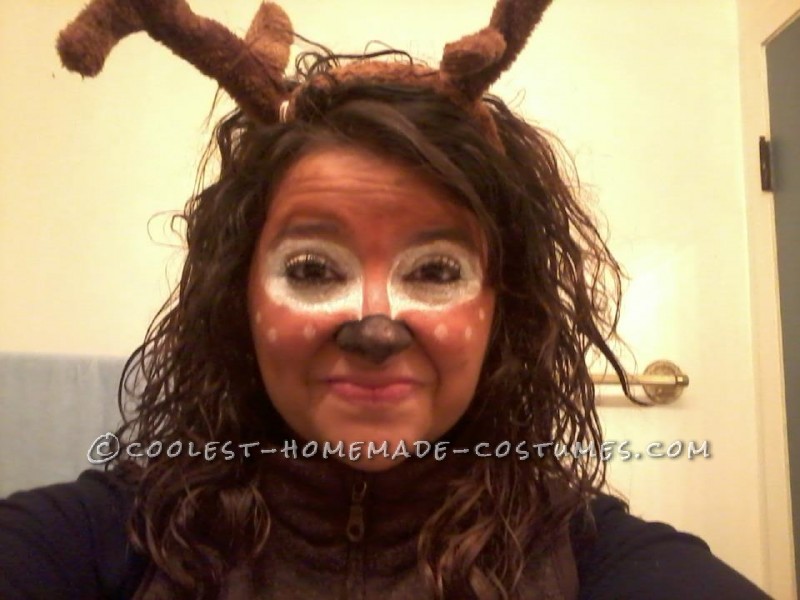 Yes I understand, deer hair sounds silly. But I wanted it to be great costume. I know I couldn’t just have my hair just straight and boring. I wanted it to have a little wave to it, a hair style that will stand out!

I just kept my hair down and wavy, it looked very nice with the antlers on! I loved it! 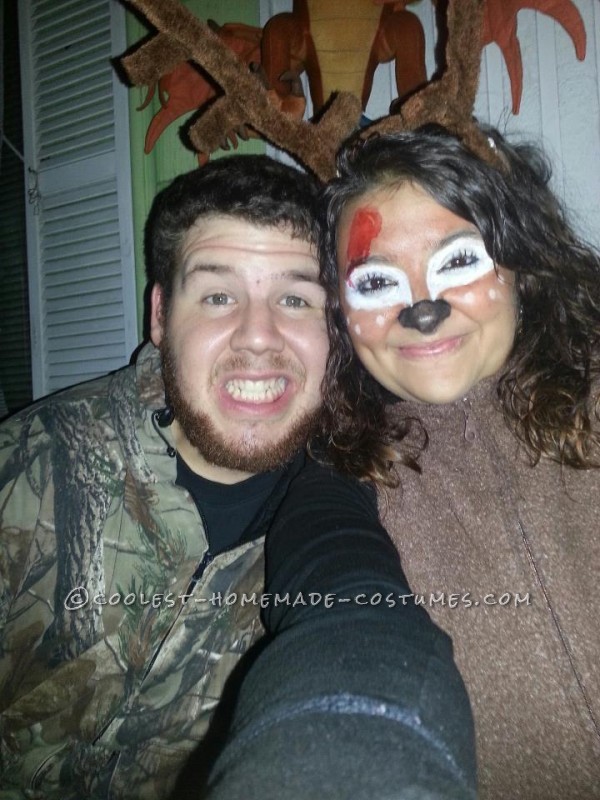 My deer outfit was a little bit complicated to get all together but in the end it was great!!

All together it was a pretty darn good, but honestly it could have been better but I didn’t have a ton of money to be spending. Also, my antlers broke the day of Halloween. But I grabbed some string and tied them back together. The costume kept me warm through the cold night so that’s a plus. Over all our costume idea was great, it was a good time!!