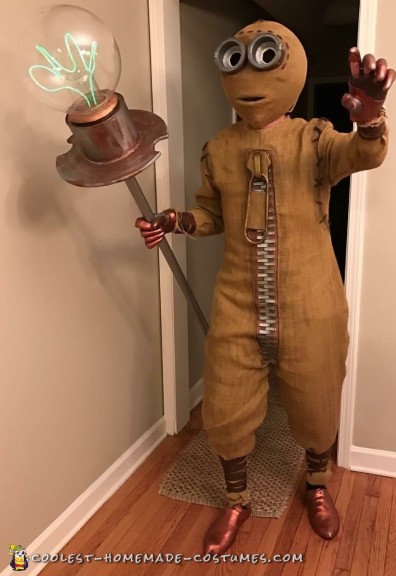 When I finally decided that I would make a 9 costume, I was a bit nervous about it. I like to pick characters that I think will be fun and challenging. But when I shared my idea with some family and friends, I was shocked that nobody knew who 9 was. I was afraid that I will get the same reaction on Halloween night. This is the story of how I was proven wrong!

As with all my costumes I like to start with the mask. My theory is that if I can nail the mask, then I can use that motivation for the rest of the costume. That characters head is lucky the exact shape of a balloon. So I knew I would use a paper mache structure. I started with one layer of craft paper and mod podge. Once that dried I did two more coats of mod podge. Then I did 4 more layers of kraft paper using the more typical water and flour mixture. This dried to a much harder shell.

I wanted the mask to have the actual facial features of the character. So I cut out a large section where the eyes would go, and put in a few layers of paper mache over the hole to make the eye sockets concave. Then I used thick strips of paper mache to build up around the eye sockets. I also did the same for the mouth. After letting that dry, I did two more coats of mod podge to seal the mask.

I painted the mask tan to give it an even base color. Then used tacky glue to slowly glue the burlap to the mask. I hot glued the burlap down to the interior of the mask to make sure it would stay put. The eyes are made of pvc pipe connectors. I used kraft foam for the interior of the eyes. Sealed the seam with Kwik Seal, then sprayed the whole thing with plastidip to give it a consistent texture. Then I use 2 coats of primer and painted the eyes with metallic paint. I hot glued the eyes in place. I watered down brown acrylic paint, and gave the mask detailing, and put in the stitched detail with thick yarn. Finally the mask was done!!

The Body of the 9 Costume

I started with the part I was most excited about. The giant zipper! To me, this had to look as realistic as possible. The zipper is made out of EVA foam. First, I cut out the shapes and glued the pieces together. I sealed the foam with plastidip and did 5 coats of primer. Then, I sanded down the parts with 400 grit sand paper. I painted with metallic acrylic paint, and did detailing with watered down black paint. The zipper teeth were made with the exact same method.

The burlap body was the hardest part. I don’t sew, so I inlisted some help with that part. But the trickiest part was because of the burlap. It’s very itchy so I needed to create a liner. It’s also very stretchy, which made it a headache to work with. The body shape was done by guessing what looked right. I cut up an old pair of pants to use as a template, then drew beyond that to get the correct shape.

I did the same with an old shirt to come up with the pattern for the top half. We sewed the liner first, then the burlap, then tacked the burlap to several parts of the liner. Not a perfect solution, but it worked pretty well for the one night that I wore the costume. The costume opens up in the back with velcro that was sewn on. I did the same paint details to the body and hot glued the zipper parts to the front.

This part was easy but tedious. I made a mold for the fingers out of EVA foam and wrapped it in foil. Then I took pieces of kraft foam, heated them up with a heat gun, and stretched them over the mold. I put the foil on because the mold was glued together and the warm pieces of foam were melting the glue and getting stuck. The foil solved that problem. For the rest of the hand I used the kraft foam and built them in sections. I sealed all parts in plastidip and painted them. I used thin pieces of foam to connect the fingers to the hand so I could bend my fingers and where the whole thing as a glove. The feet are large sheets of foam that I heated up and wrapped around old shoes.

Reactions to my 9 Costume

It took a month to put the whole 9 costume together. So many little details that were important to the costume. But the end result paid off. I was invited to a house party, I only knew 3 people there. We get there, the door opens. I see 30 people having a good time and they all stop and stare at me. All of a sudden a guy screams, “Oh my god it’s 9!!!”. Within seconds the night turned into dozens of photos, sharing the experience of making it. People that didn’t know what I was, are now excited to go watch the movie.

After the house party we did a bar crawl. Reception was just as good with that crowd. One woman telling me that she’s 35 and gave making costumes years ago. But that seeing my 9 costume has giving her so much inspiration for next year. It was a great night and I can’t wait for the next chance to where the costume. 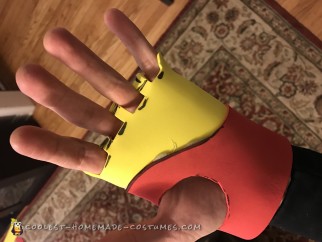 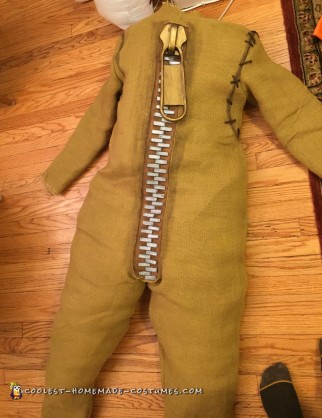 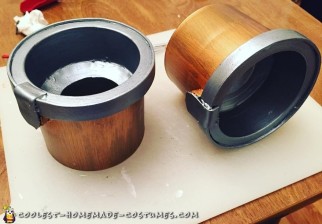 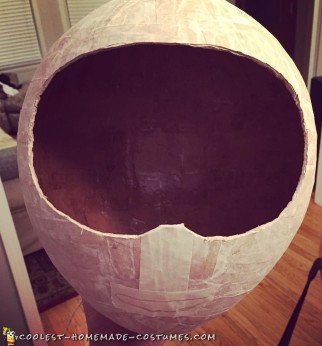 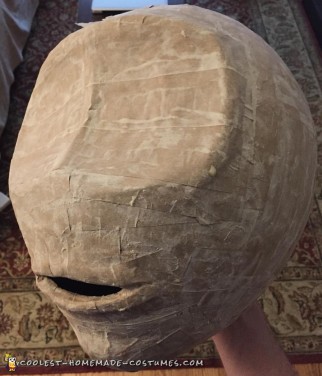 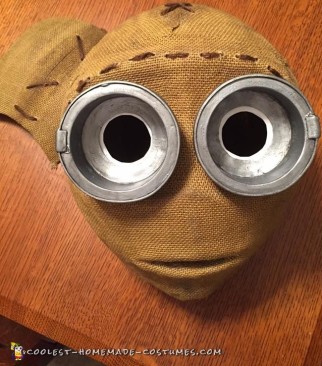 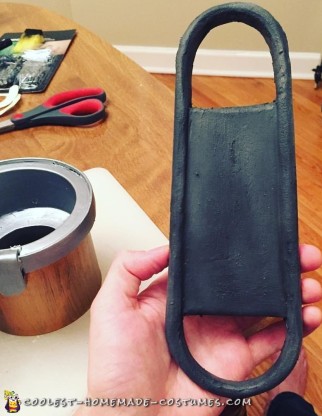 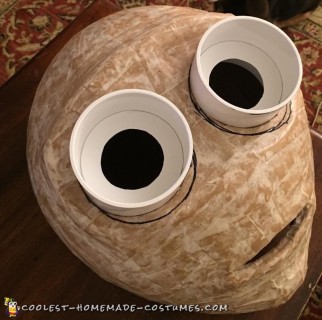 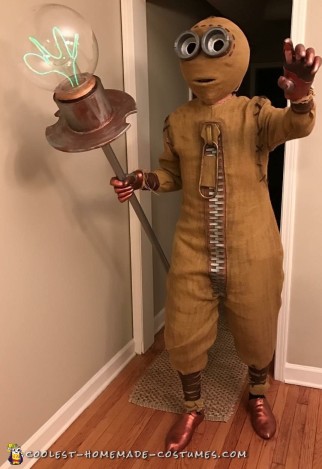