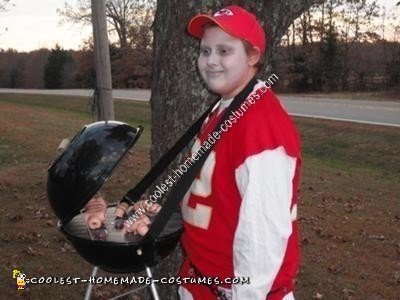 My son thought he was getting to old for Halloween so we came up with a Homemade Die Hard Tailgater Original Halloween Costume Idea for his age. I had two black plastic bowls I had saved and asked what he might be able to make out of them. He said a BBQ grill. We attached … Read more 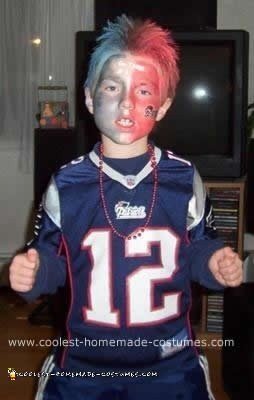 We are from Boston, so of course we picked the New England patriots when thinking up this Tailgater Costume. I think it’s pretty funny how some grown men get all crazy with paints and stuff for the games so that’s how the idea came to mind. The Patriots were playing that night too so a … Read more