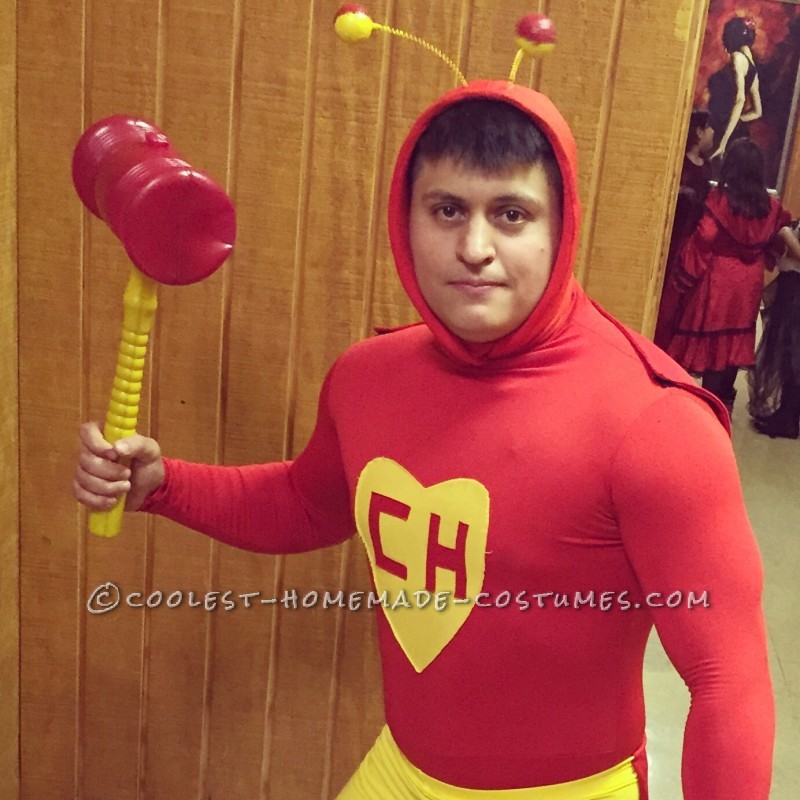 Here’s my El Chapulin Colorado costume from bottom to top. I bought used Chuck Taylor’s off of EBay for $10. I painted them with spray paint. I then order a red body skin spandex suit. I had the hood removed and the heart and letter put on by my mother. I did the wings on … Read more 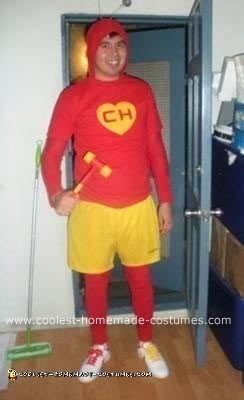 I made this Homemade El Chapulin Colorodo Costume when I when I was invited to to a Superhero theme party and this is a television series character created and played by Roberto Gomez, a successful Mexican comedian which parodied superhero shows. It was first aired in 1970. 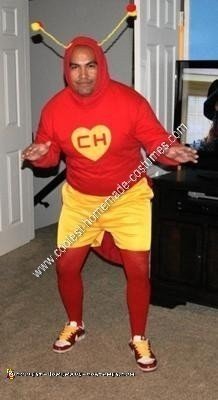 This is a well-known character from a Mexican Sitcom show. He is a superhero named Chapulin Colorado. I created this homemade Chapulin Colorado Superhero Halloween costume idea for my husband by taking a red tee shirt with the Chaplin logo on the front. Next I purchased a red sweatshirt from a local thrift store, and … Read more