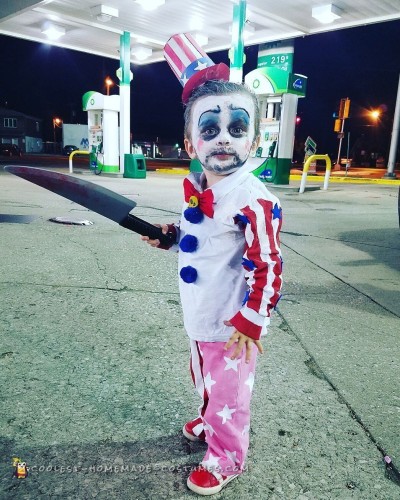 I had the great idea to make my son, the infamous Captain Spaulding from the famous Rob Zombie`s films, House of 1000 Corpses and The Devils Rejects. I made his entire costume myself. I bought white clothes and sprayed them with fabric paint to put the design on there. I made his hat out of toilet … Read more 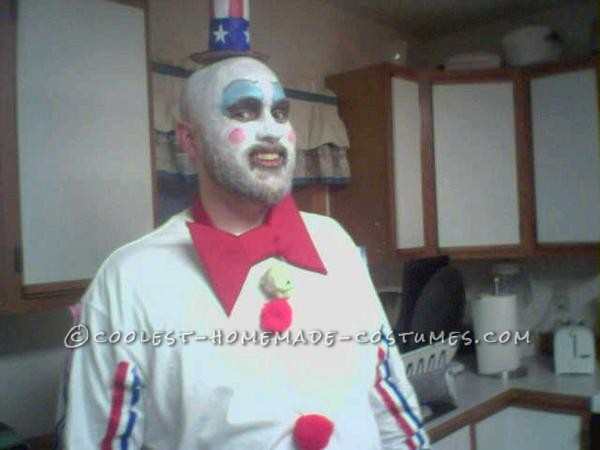 I made the hat out of an empty Sparks can.  I used water and flour for paper mache over the can and attached a small round piece of cardboard to the bottom.  Then I painted it and attached white speaker wire to it so I could tie the hat on behind my ears and it … Read more 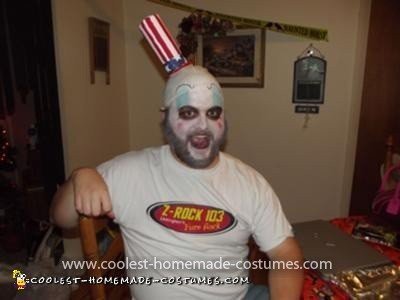 Since I first watched House of 1000 Corpses, I immediately took a liking to Captain Spaulding. His sense of humor and jokes are the best. I haven’t dressed for Halloween in almost 10 years, as I’ve grown, and have kids of my own, so I figured it would be a good time to get back … Read more 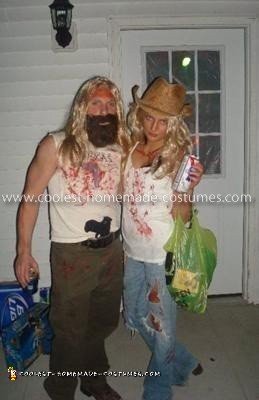 Both of the blond wigs were purchased at a Halloween store. Josh (Otis)straightened his wig as much as possible and then layered with gray hair spray to give an older look. The fake goatee was also off eBay. Emillie (Baby)kept the wig the same. The hat, tank top and jeans that Emillie is wearing were … Read more 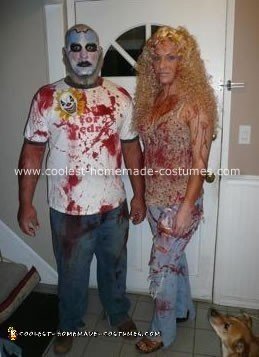 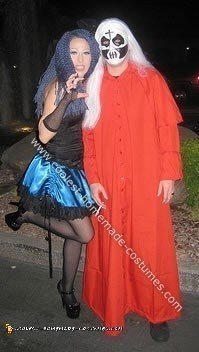 I made this Otis Costume from House of 1000 Corpses. I bought the red robe and white wig online, but all of the masks we found were lame and expensive. So, I bought face paint and did it myself. Most people really didn’t know who I was except the true horror buffs out there. Everyone … Read more 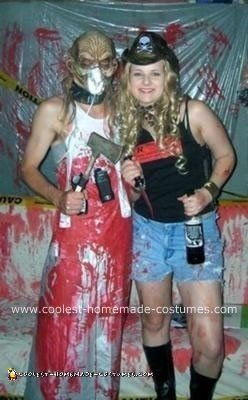 I am a huge fan of Sheri Moon Zombie and decided to be Baby Firefly for Halloween. I already had the skull snake skin cowboy hat from my Rob Zombie concert gear stash. I had a friend help me take my House of 1000 Corpses Rated R t-shirt and make it more “Baby”. She helped … Read more