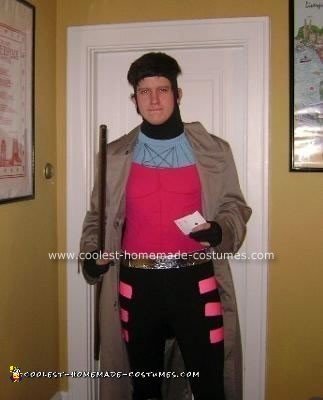 The Homemade Gambit from the X Men Costume was pretty simple. I spray painted a car mat and cut it to size for my shin guards and black under amour pants. A tight pink shirt with drawn on muscles. I got the trench coat from Goodwill for $10. A metal pole for my bow staff … Read more 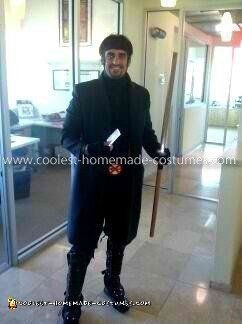 Well, the idea of dressing up like the Marvel Comic book hero named “Gambit” on Halloween of 2010 came about after watching the Wolverine Origins movie in which he made appearances. Gambit, who’s real name is Remy LeBeau has been a very cool comic book character for decades and I thought it would be fun … Read more