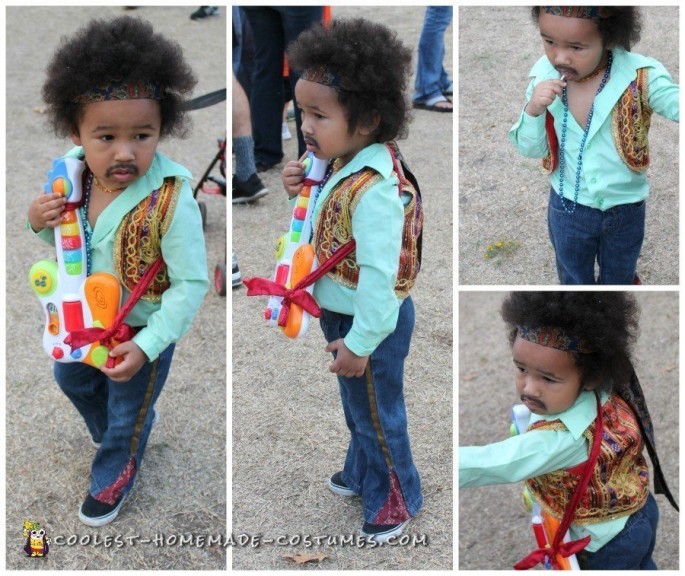 This is my two year old son as Jimmy Hendrix. I made this costume from clothing we already owned. This costume was very last minute (I made it the night before a fall festival) cost $0 and required no sewing. I only used his own clothing, paint, scraps from an old bed sheet and a … Read more 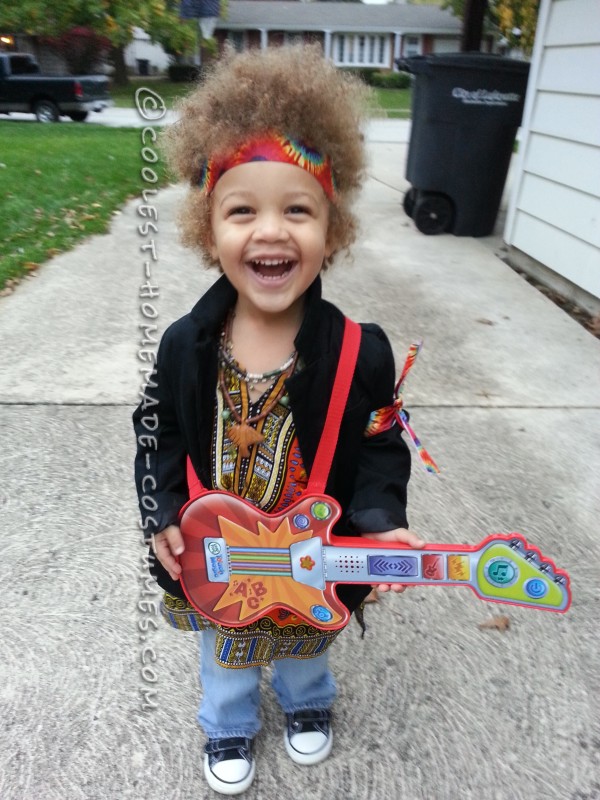 I wanted to make an awesome costume for my 2 year old son before he grew up and wanted a cheesy super hero costume from walmart. I spent less then $20 on items i didn’t already own for this. His jeans were bought second hand and we already had them. Chucks were bought at Target, … Read more 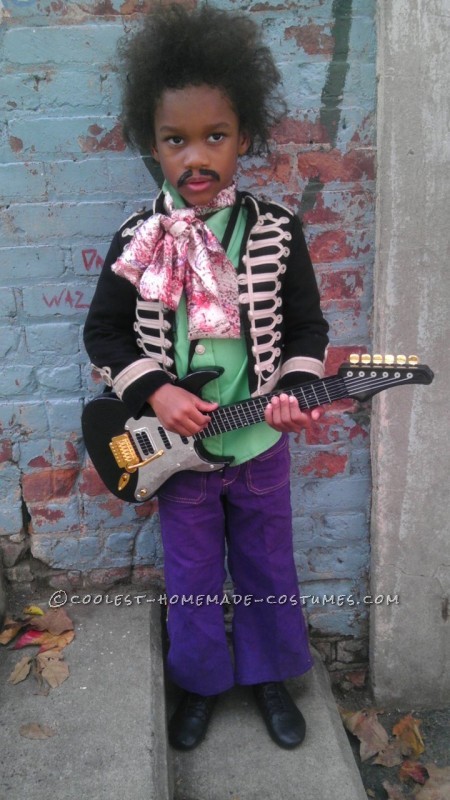 I thrifted most of the outfit for my son and found the rest in his closet. I picked out and curled his hair and added his guitar. Looking at old pictures of Jimmy it’s crazy how much my son looks like him. Jimmy came as a 5 year old. 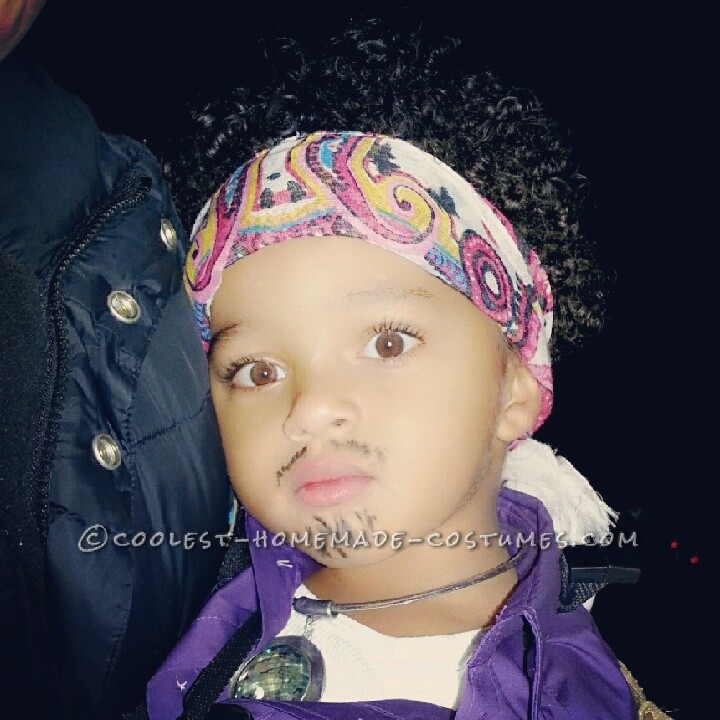 So every year I try to come up with a unique costume idea. Rather than spending $30-$50 on a store bought costume, I try to think of things I either already had or could use after Halloween. After a visit to our local thrift store, going through my two year olds dresser drawers, my accessories … Read more