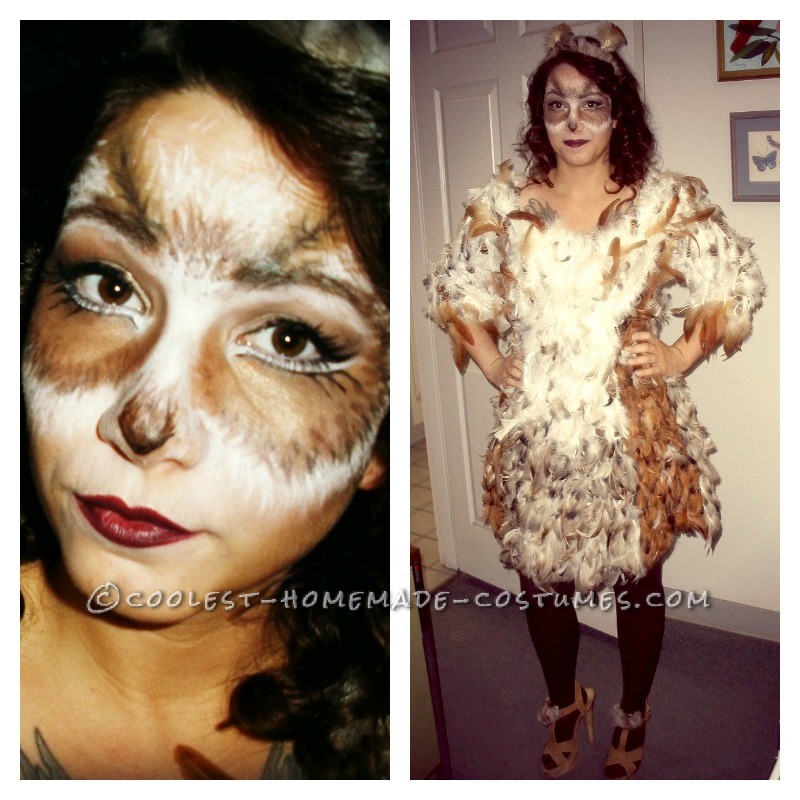 Owls are my favorite animals so I thought it would be a good idea to try to make a DIY Owl costume. It took 8 long hours of hot gluing feather by feather onto a plain black skater dress and making the head piece with just a headband and feathers. The makeup used was just … Read more 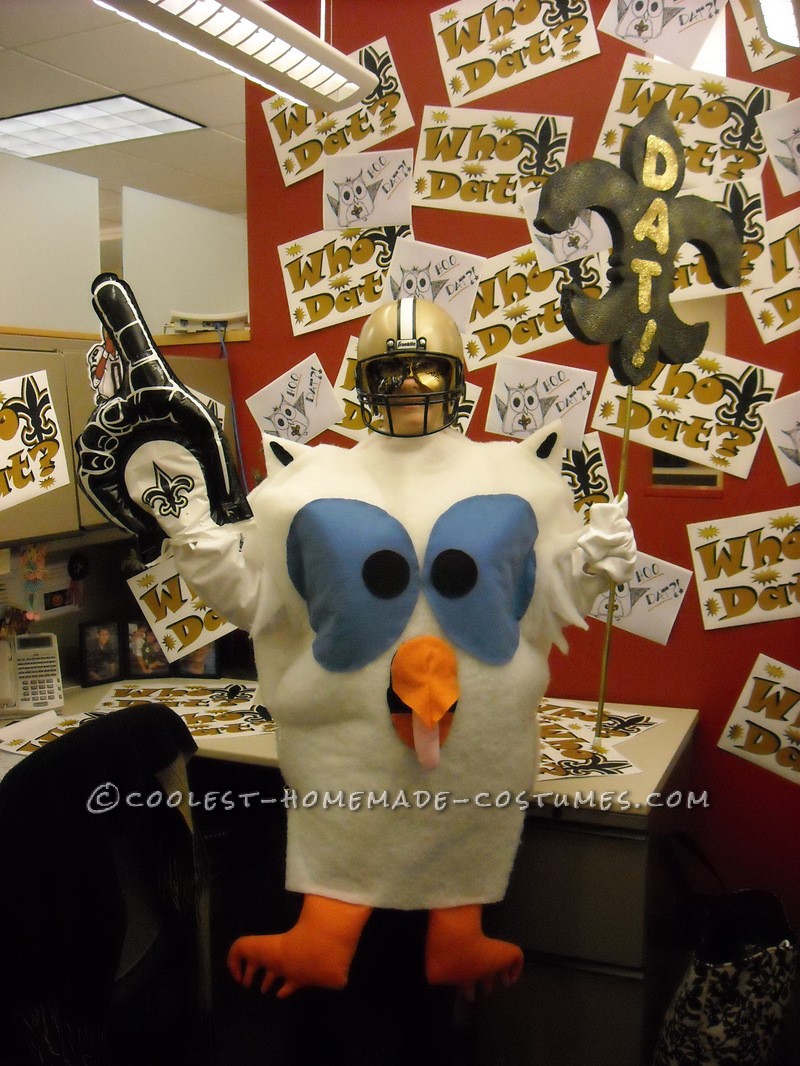 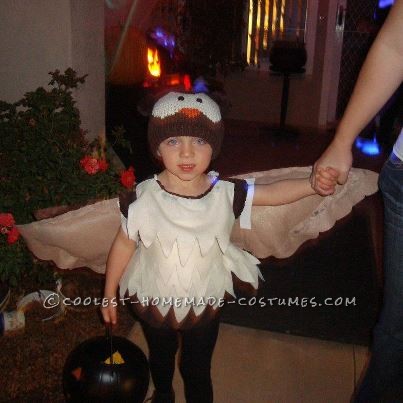 This owl costume for a little boy started with one thought in mind “I will not buy a costume this year because they are WAY too expensive!!” It took about 2 months to decide that he should be an owl. I think deciding what he should be was the hardest part. Once we landed on … Read more 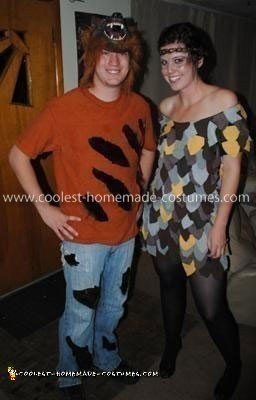 For my best friends’ birthday we did a zoo theme! So I went with the Homemade Woman Owl Costume. Supplies: *old t-shirts *scissors *simple dress (I bought a thin swimsuit cover up dress) *fabric glue I went to a thrift store and bought cheap tshirts of any color. I then made a stencil out of … Read more 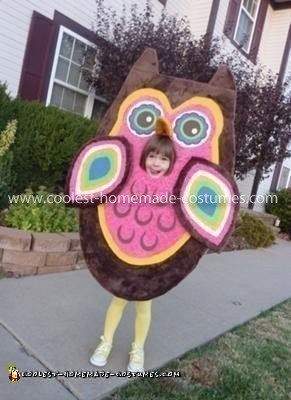 My daughter wanted to be an owl for Halloween, but I didn’t like any of the owl costumes I’d seen online, so I decided to make my own homemade owl costume. I’m an art director, so my computer skills are pretty good, but I have zero sewing skills. I figured out a way to make … Read more 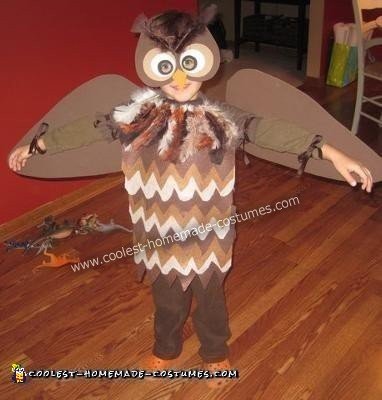 My five year old wanted to be an owl but I can’t sew. I managed to get this ensemble together with about $20 worth of felt, foam board, ribbon, craft feathers, and a cheap pair of plastic novelty glasses (with the plastic lenses popped out). Other items used to construct the owl costume: x-acto knife, … Read more 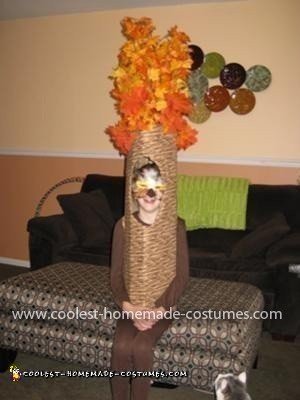 This is my daughter in a Homemade Owl in a Tree Costume. I purchased fabric that looked like a tree trunk and I glued it to cardboard. I cut holes for her head and arms. On the inside of the cardboard I hot glued stems with leaves on them and then I covered the backside … Read more 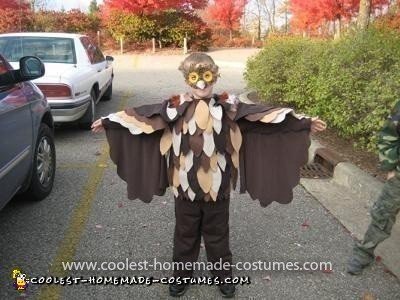 My son wanted to be an owl for Halloween so we looked online for ideas (including coolest-homemade-costumes.com) and this Homemade Owl Costume is what we came up with. I started with a brown sweatshirt. Cut out lots of feathers from different shades of brown felt. I did small and large feathers. Then I hot glued … Read more 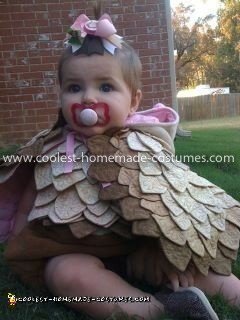 My little girl’s owl costume came from the booming inspiration of owl popularity this year and it seemed like a subject many people in my area weren’t thinking. I searched and searched the web looking for that PERFECT costume to buy and just couldn’t find it. After discussing this with my aunt in Illinois we … Read more 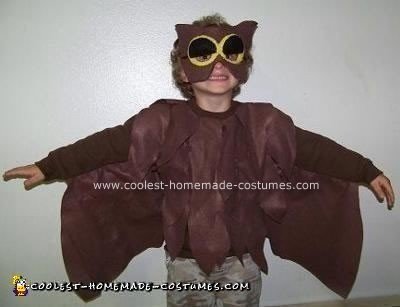 This owl costume I made for my son to dress up in this fall. In this moment in time he really wants to know about animals and seasons of the years. He just started kindergarten and is 5. My son has show- n- tell on Mondays and wanted to bring a owl but we don’t … Read more 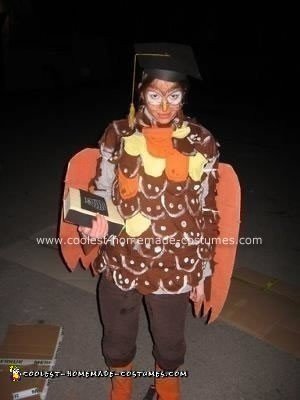 This owl is taken from a cartoon – a really old and smart owl. I made the costume from old cloths, paperboard and I used some paint. It’s really easy and not expensive to make. 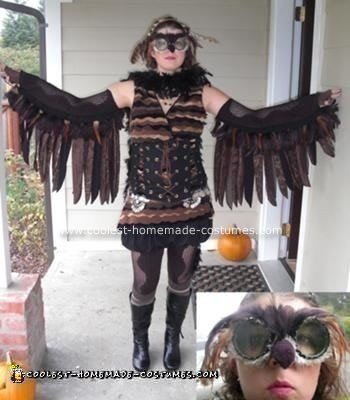 The Owl I was inspired to make this Homemade Owl Costume by goggles and my neighborhood owl who ‘hoots’ me to sleep at night. The goggles are 1930’s motorcycle goggles with glass lenses I found on eBay. In order to attach the feathers without permanently damaging my new vintage goggles, I felted an old wool … Read more