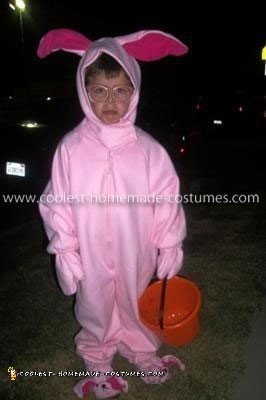 A Christmas Story has always been one of my favorite movies and now that my two youngest sons are the right age I decided to make them Ralphie and Randy Parker Costumes from A Christmas Story. We got the greatest comments all night. My little Ralphie had the facial expressions down pat and my little … Read more 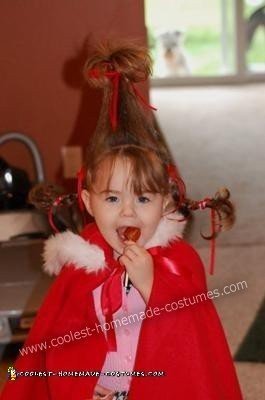 For this Cindy Lou Who Costume, I found a houndstooth print dress at the thrift store (though any crazy black and white pattern will do). I paired it with red tights, and black shoes. Her cape is made from a piece of red felt with a white boa glued around the edge, and I stitched … Read more 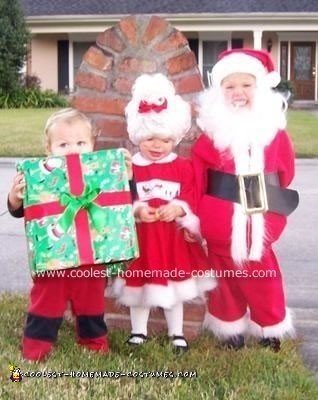 My idea for this Halloween came a week before last Halloween. I am a costume NUT! I already have some ideas for next year. I am into family themes as you can see. I have two girls and a boy. Luckily, my oldest 4 year old is pretty much game for anything as long as … Read more

The Homemade Pumpkin King Costume idea isn’t original but I decided to host a Nightmare before Christmas Halloween party at my house this year. There were several ways I wanted to approach this costume idea. The easiest way was to buy one, but where’s the fun in that? So I got the sewing pattern at … Read more 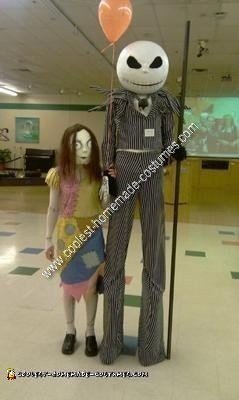 Introducing Jack Skellington and Sally from the Nightmare Before Christmas! My wife is a creative genius and gets full credit for this one. Though the movie is now several years old, we knew that the characters were easily identifiable and would have a lasting impact that could make for a fantastic costume. We wanted a … Read more 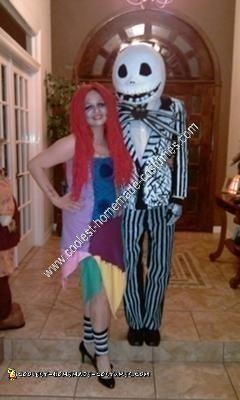 My boyfriend’s favorite movie is Nightmare Before Christmas, so naturally we chose to dress up as them. We were not impressed by store bought ones so we decided on our own homemade Jack and Sally couple Halloween costume ideas. I did not want to wear an extremely long dress so I opted for a shorter … Read more 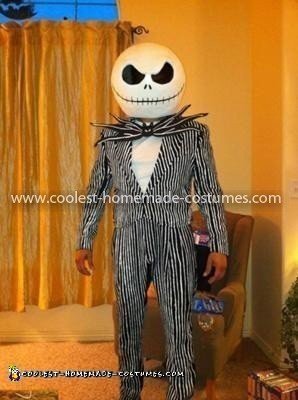 First off, Thank you Jeremy Andrew (Costume 17) for the inspiration of making a Homemade Jack Skellington Nightmare Before Christmas Costume. As he mentioned in his tutorial, this is a very long and tedious process, so be forewarned. And, unlike him, I took a slightly cheaper route. I also asked a co-worker, who happens to … Read more 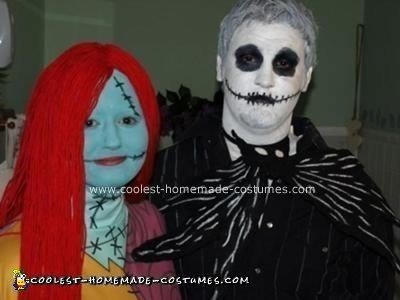 These are our Jack Skellington and Sally Ragdoll Homemade Costumes. The Jack costume 100% homemade! I bought the Sally dress, and the wig. I used make up and some acrylic paint to make my face color (lots of mixing to get it right)and used black eyeliner for the stitches, I even painted my hands where … Read more 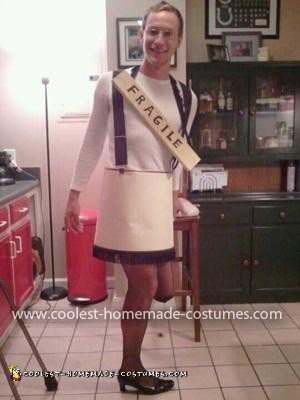 Well, I lost my leg about 10 years ago. Since then, I’ve strived to prove that having one leg (being a monopod) is actually better than two (being a bipod). This year’s Halloween was the muse I needed for yet another feat (errr…foot) for the cause. I know it isn’t scary, but for originality’s sake, … Read more 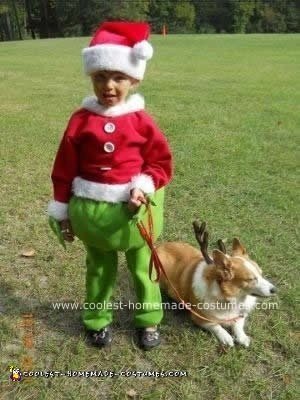 You cannot buy a children’s Grinch costume, so I had to make my own Homemade Grinch Costume. I bought 3 yards of green fleece fabric, a red sweatshirt, a Santa hat, 3 yards of white fur trim, white buttons, elastic and white ribbon. I also bought a scrap of brown fabric to make the antler … Read more 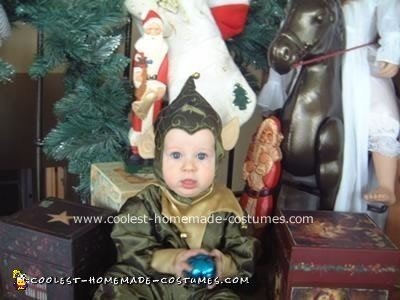 Found under the tree Xmas morning. Not! This Christmas Elf costume took me weeks to fabricate. I used curtain material for the body, satin for the cuffs and trim , felt for the ears. (add some bells and whala!) I was due to go out for a Christmas eve drink with my girlfriends I finished … Read more