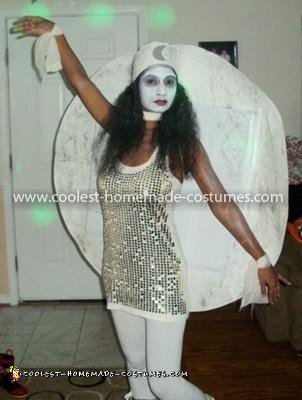 The Homemade Moon Queen Costume: I love the moon, it is one of my favorite celestial bodies and wanted to symbolize it for Halloween. I painted my face as the moon and did a cardboard moon that I attached to my back, used white elastic pants and a blouse with silver dots at front. I … Read more 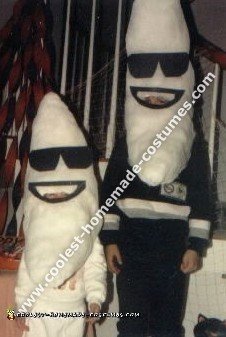 These child Halloween costumes were very tricky to make. I used the old McDonalds commercial from the 80’s for the idea. They did a take-off on “Mac The Knife”, and called the moon head with the sunglasses “Mac Tonight”. Having no idea how to make the moon head costumes, I first thought papier-mache would be … Read more