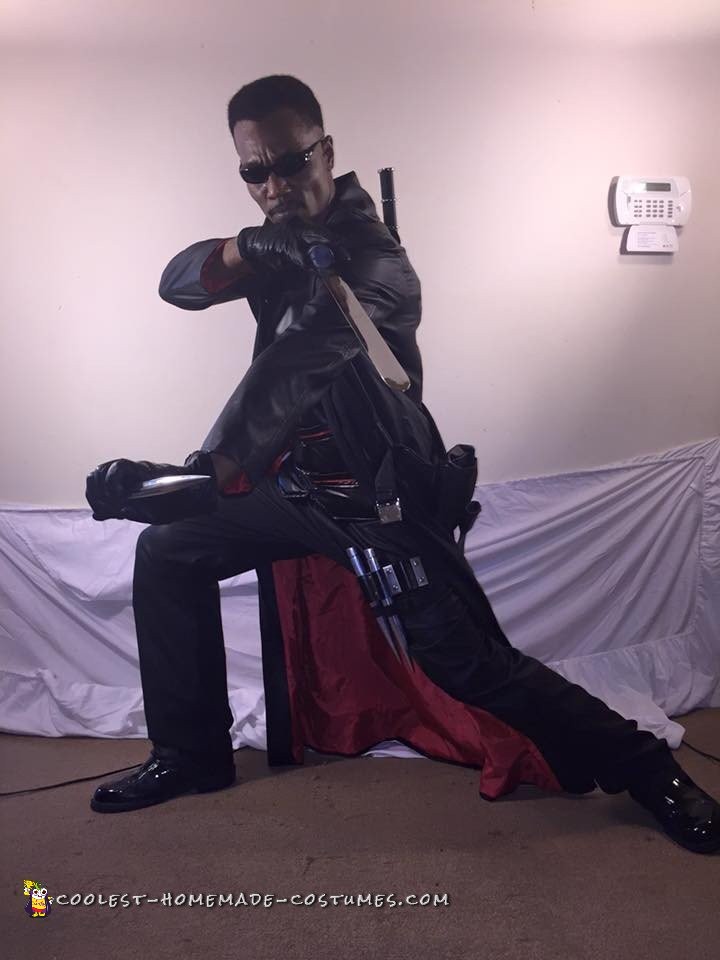 First I got my self in shape for 2 months for the part, found some old clothes around the house to use for the gear. Found a rubber chest, straps, buckles and a zipper to help make the vest. The Jacket was created using a old Dracula cape red linen and cutting it to fit … Read more

“Blade: The Series” was a program on “Spike TV” during the summer of 2006. It was based on the successful “Blade” movies produced by Marvel Comics that starred Wesley Snipes. The TV version of our hero featured a bald-headed “Blade”. Compared to the movie version, TV “Blade’s” costume was spectacular! As soon as I saw … Read more