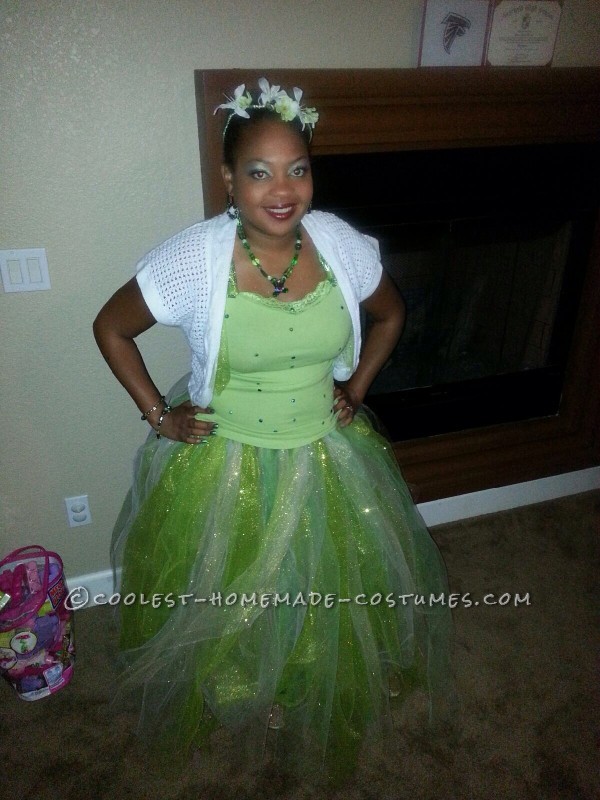 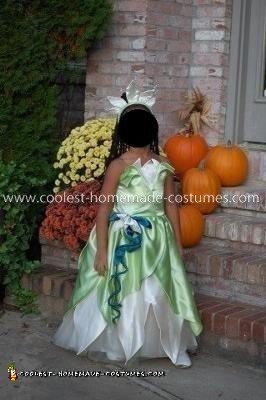 I made this Homemade Princess Tiana Costume for my daughter in September 2009 for her to wear for Halloween. I didn’t have a pattern for this dress and made the whole thing from scratch (my mother helped with the painstaking flower and headpiece). Bodice: The bodice front was made using four petal patterns cut from … Read more 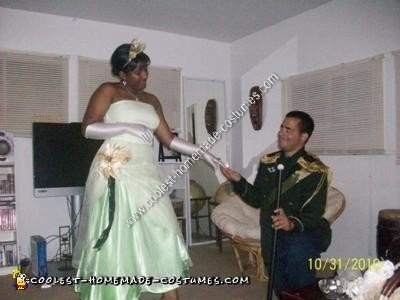 Ever since I heard of the Princess and the frog coming into existence I was thrilled! And I’ve wanted to have a Princess Tiana costume for over a year now; but I gave up because NO stores sold any adult costumes from that film. So I just decided this year (armed with absolutely NO sewing … Read more 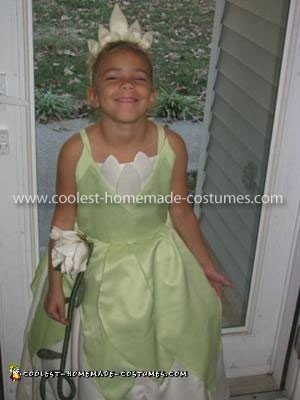 After seeing “The Princess and the Frog” my daughter knew for sure that she wanted to be Princess Tiana for the next Halloween. I could not find a licensed pattern so I used a combination of three patterns to put it all together. The basic shape is from Vogue 7819, for a stappy top, Butterick … Read more