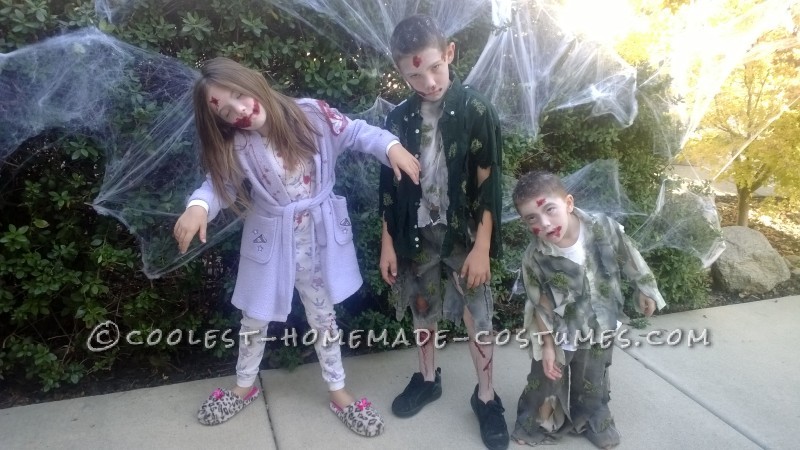 This year my three children couldn’t make up their mind on what they wanted to be for halloween. I have almost always made thier costumes just because homemade costumes are way better then strore bought. Well all three of my kids were looking at costumes in the little costume magazine that party city always sends out. Being dissapointed that they didnt want me to make their costumes this year I decided to hop onto the internet and start showing them some things I could  make. after showing them pictures and getting them all excited about how scary I could make them they all three decided they wanted to be Zombies.  Not one of them had ever been something scary before so I was really excited about that. After their costumes were created  I had to teach them the Zombie walk, They nailed it!  My youngest son told me he wanted to look into the mirror and scare himself. LOL I though that was funny  because he even showed me how he was going to scream when he saw himself.

Well the costumes were a hit. They got tons of complements and tons of candy! 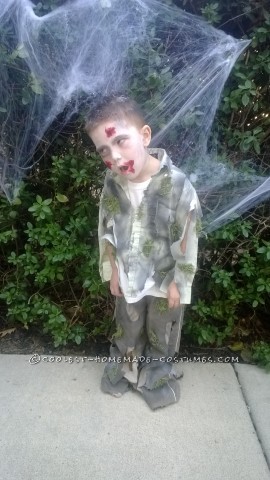 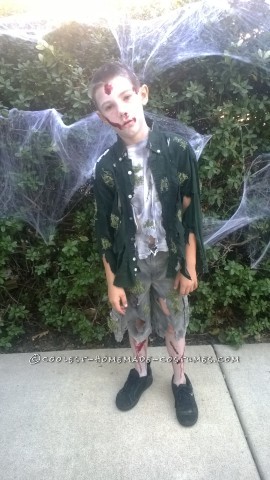 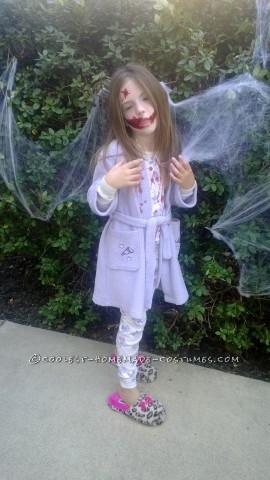