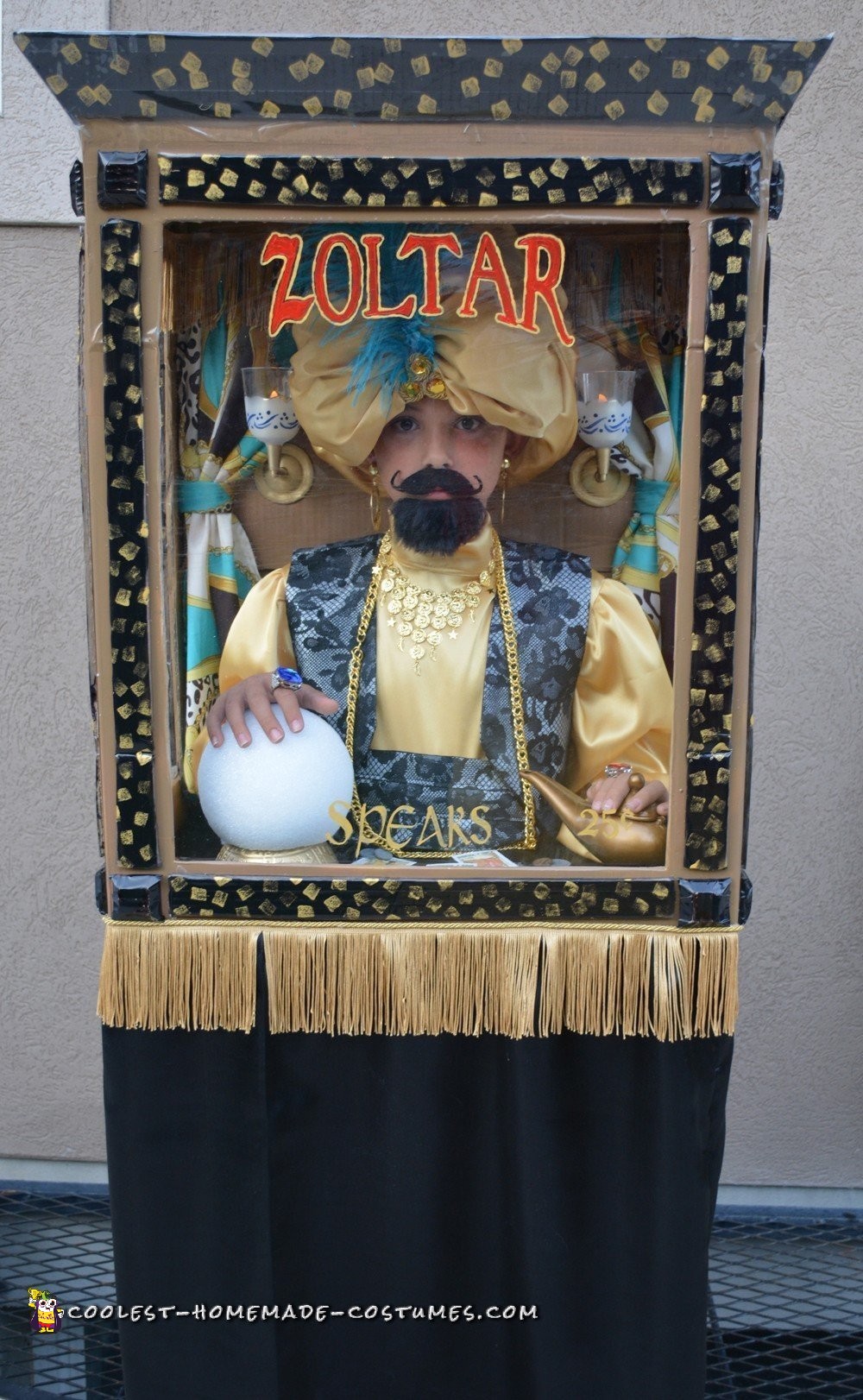 The best part about this costume was making it with my kids! We saw this machine at an amusement park we went to and thought what a perfect idea for a costume! We used a lot of card board and tape.

My daughter is an artist so she painted the wall sconces and the words on the front to look just like the real thing. My son helped me paint and tape the box. We had to make everything in the box light enough for my 9 year old son to tote it around and that was a real challenge. We had a lot of fun in the dollar store finding things that would work.

The sconces are made out of small plastic goblets with the breakaway bottom. We used a dowel and the bottom of the goblet turned sideways to look like real light fixtures. There are LED candle lights in them for illumination. We used lots of material for the curtain and the skirt and the costume.

I couldn’t find a pattern for the shirt, vest, cumber bun and hat that I loved so I made everything myself. The hat I sewed and scraped twice before I got it to look the way I wanted. The Crystal ball was a challenge as well because we really wanted it to light up but it had to be light! We spray painted a plastic serving bowl gold, turned it upside down for the base and then hollowed out a Styrofoam ball to put a changing color LED in it.

The second he walked out the door in this costume people were coming up and flabbergasted by what we had created! It was so funny to watch kids come up to him because they wouldn’t talk to him they would just stand there staring. I think they thought he was really a machine.

Adults just love the idea and couldn’t believe we made it ourselves and wanted to know how it was staying on him because you can’t see anything yet he is able to walk around with it hands free. I anchored old belts to the box and they crisscross over his shoulders under his vest. So much fun. I actually doubled over laughing when we finally got it finished and put it on him. Good memories!