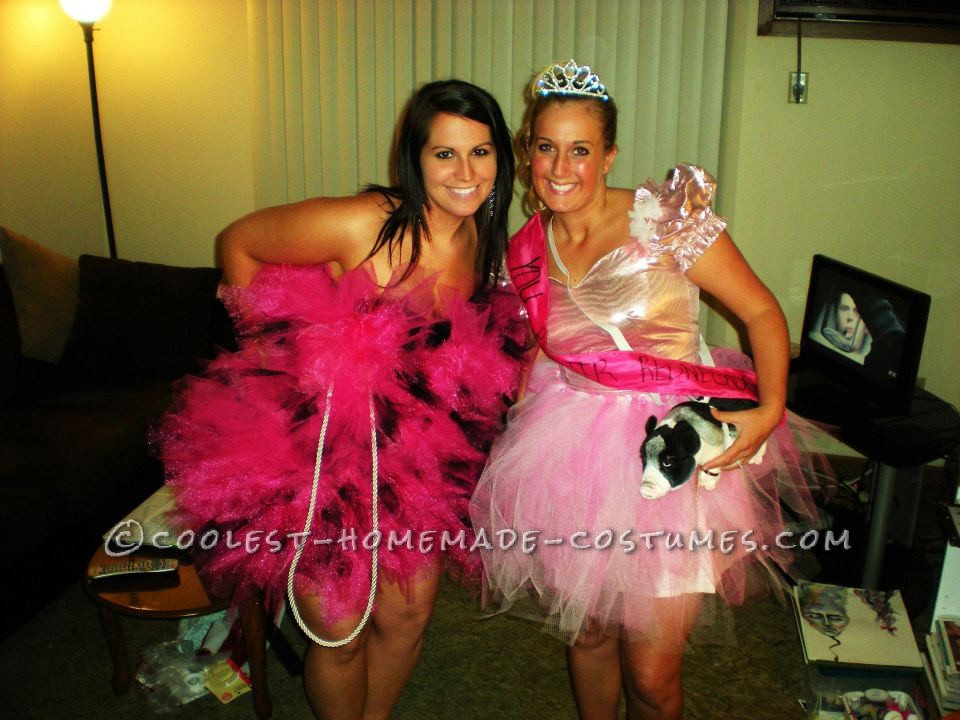 Halloween is my birthday! (Whoop Whoop!) Every year since I was a Freshman in High School, me and two of my best friends have always made our costumes- Characters of the Wizard of Oz, The Pink Ladies, Favorite candies (Starburst, M&M’s and Snickers), but this year my two best friends were away at different colleges and I was by myself. I wanted to create a cheap-yet hilarious costume. I decided to make a Honey Boo Boo costume. I went to Goodwill to find an 80’s style themed dress (big puffy sleeves and some sort of metallic color) anything to get that ridiculous ‘pageant’ style dress. I found one at Goodwill for $7, sadly it wasn’t puffy on the bottom, so I decided to make my own Tutu to wear over the dress.

It took me about 30 minutes and about $8 to make my Tutu. I had a crown from being homecoming queen my senior year in high school and I had an extra sash from my bachelorette party. I turned the sash inside out and wrote Honey Boo Boo’s infamous saying, “You Better Redneckognize!” on it. I thought my costume looked pretty sweet, but thought that the only thing that made it look like Honey Boo Boo and not the annoying toddler and tiaras costume I saw on Facebook that EVERYONE was being, was the sash that had her phrase on it. So I decided to go on Amazon and try to find a pot belly pig, Glitzy. It was a success! It was $20 but it was worth it to set my costume apart. I thought my costume was complete but I figured I would drop Glitzy or lose him somewhere. I took some string and made a satchel out of Glitzy so he would stay with me all night. I cut a slit above Glitzy’s back (ouch, sorry!) and stuffed my driver’s license and cash inside.

It was a perfect costume! Everyone thought it was a hit and I didn’t see any Honey Boo Boo’s anywhere all night. I went out with a few friends from work and the bar we were at had a Halloween Costume Contest, so I entered in. I won 2nd place and received a $100 certificate for that bar! Runaway bride won first place- just because she was only wearing a corset and running shorts- come on! I guess if I showed my stomach maybe then I would have won!

It took me less than an hour to make and it cost me less than $40. Now I’ve got to think of a costume that will top that off! 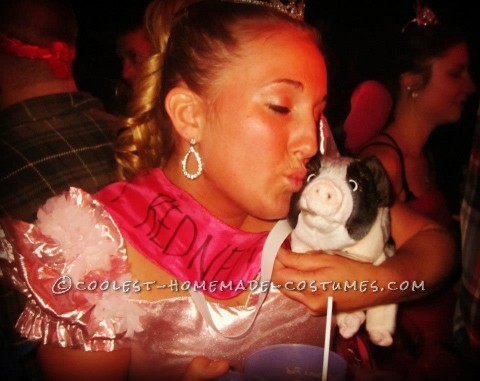 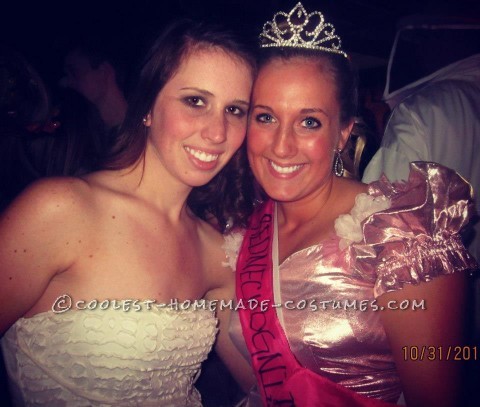 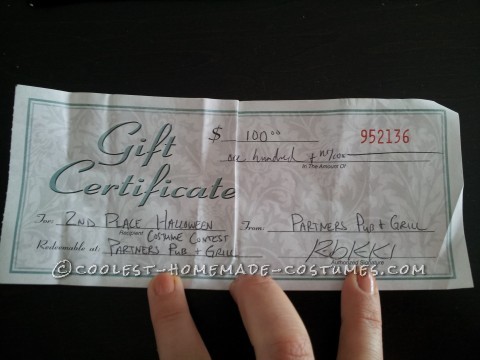 Funny Homemade Toddlers and Tiara’s Halloween Costume for a Granny