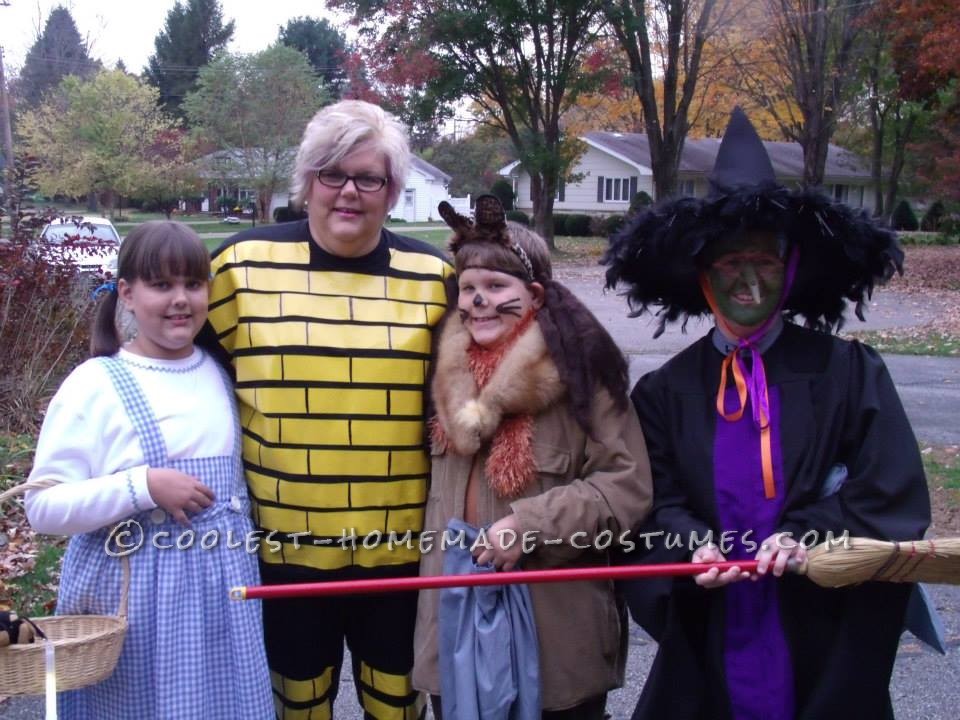 My daughter, Grace, who is ten years old, has wanted to be “Dorothy” from the Wizard of Oz for a couple of years now. My husband’s aunt who is a great seamstress graciously volunteered to make her a Dorothy costume. This is where the fun started. Finding a pair of “ruby slippers” ended up being a difficult task because she wears an adult size shoe. So, we decided to take a contemporary approach and she wore red tights and sparkly silver shoes. My daughter is an avid reader and she read The Wizard of Oz book published before the 1939 movie and originally Dorothy wore silver slippers as the ruby slippers were added for the movie and the new Technicolor opportunity. We also used our family dog which is a tricolor long-haired Chihuahua as Toto. Once the Dorothy costume was complete, we decided to expand the theme to include other family members.

My son, Luke, wanted to be the “Cowardly Lion” and I wanted him to be the scarecrow, thinking that costume would be easier to construct. With much persistence, I decided to let my son be the cowardly lion and tried to figure out how to put his costume together. My daughter and I went to our local Goodwill and had a blast putting together the Cowardly Lion costume. After two hours in the store, we decided on a pair of brown sweat pants, a caramel colored turtle neck shirt, a light brown colored corduroy jacket, and an orange scarf. We also had a beard with an attached piece of elastic that we turned upside down and backwards to use as the cowardly lion’s curly tresses. The seamstress aunt who has anything you need for a costume in her trunk of treasures had a real fur collar from a distant relative’s coat that we used as the furry part around the lion’s neck. My son’s cowardly lion’s costume was completed with store bought ears, tail, and face paint.

My daughter’s godmother volunteered to be the Wicked Witch of the West. I went to my closet and pulled out my graduation gown for my Master’s degree that I was never able to wear because of the horrendous snow storms in 2009. I covered the school patch with a piece of black material and went to the basement and found the witches hat that I had been saving for future use. She added green face paint, a witch’s nose, and her mother’s straw broom that she recently purchased from the Lion’s Club fundraiser.

Wanting to get in on the fun, I decided that I would also participate in the group fun. I decided to be the “yellow brick road”. I took a pair of my black pants and my husband’s black sweatshirt and used bright yellow duct tape to make the brick road pattern on my clothes. This was the simplest costume of them all and all I had to do was draw the lines with a black marker to signify the staggered bricks.

Halloween, 2014, was very cold and rainy in North Kingsville, OH. Despite the unpleasant weather, our group proceeded outside to have fun and to “follow the yellow brick road”! Although the weather didn’t cooperate the entire evening, we still had fun. Everyone had positive comments about our costumes. In fact, I can’t remember enjoying a Halloween like this in a long time. At 47, I felt like a kid myself, not taking any candy, but leading our procession to the porches illuminated by outside lights. In fact, one house that we went to posted this comment on my Facebook page:

George Peterson: We had more Trick or Treaters last night than we had in a single night in the last 20 years. I think Kelsey Walters “The Wicked Witch” Stephanie Kaihlanen Patriarco “The Yellow Brick Road” and “Dorothy” and the “Cowardly Lion” put us over the top!!!! This was the winning theme of the night!!”

Halloween 2014, was fun and dear to me because as a family we made the costumes together. Secondly, we participated as a family by walking through neighborhoods where I trick-or-treated as a child. This Halloween provided my family with happy memories that my children are still talking about even three days after Halloween! We are already tossing around group ideas for next year’s costumes. 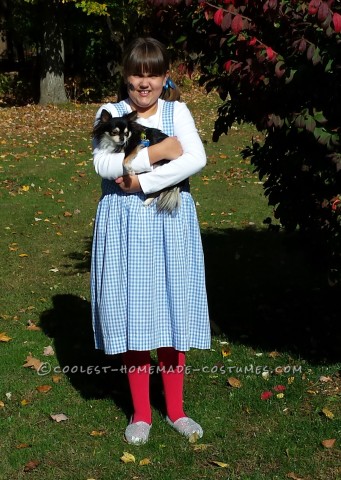 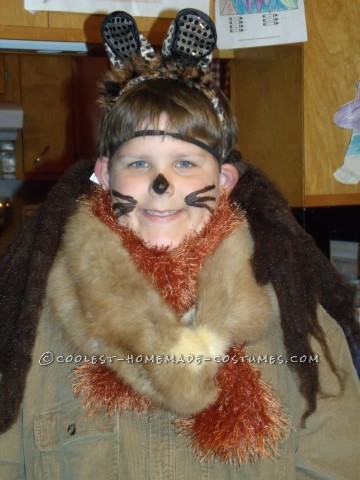 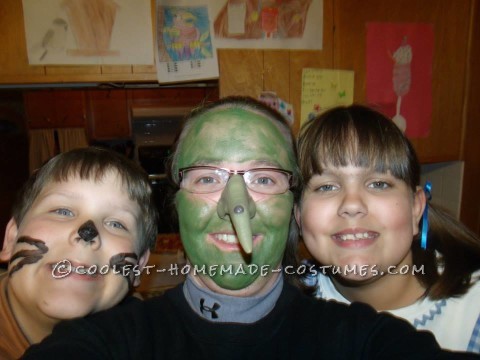 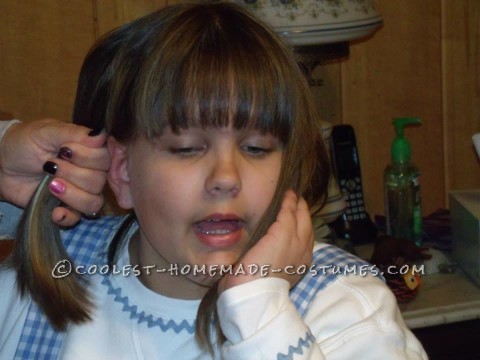 Dorothy and her House that Landed on the Wicked Witch

7 thoughts on “The Wizard of Oz Family Costume: Recycled and Reprocessed”