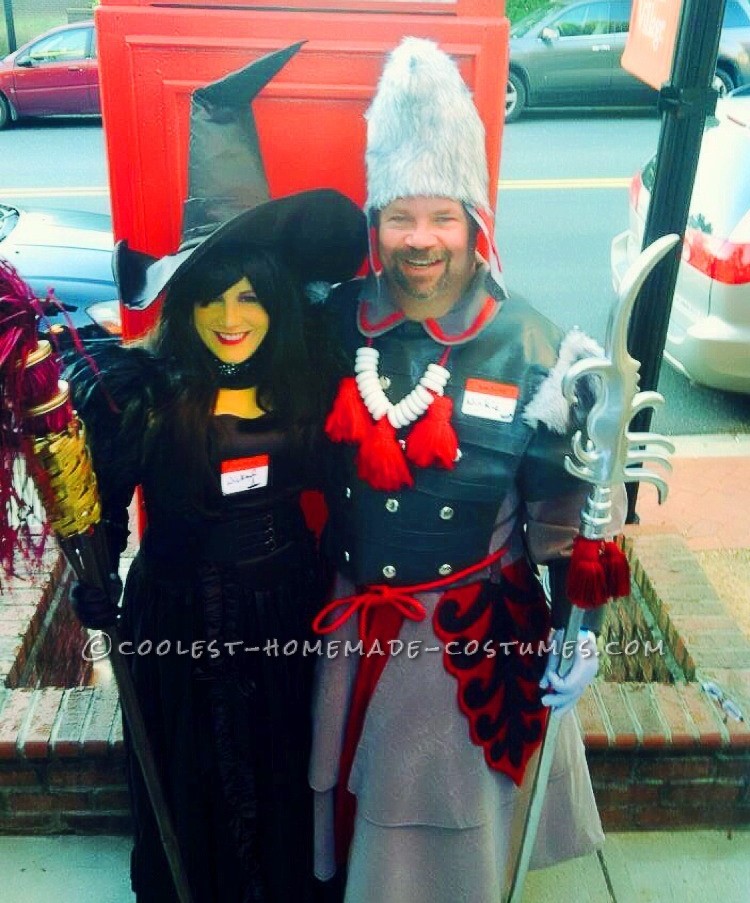 These two costumes were a labor of love as tribute to one of my favorite movies of all time.

The Wicked Witch of the West costume was created from a black Civil War era dress to which I added feathers to the shoulders to depict the new Wicked Witch of the West version in the “Great and Powerful Oz” movie. Two slits with added bow accents were created for a little flirtiness and to help with walking. The witch boots were awesome.  They were purchased and had just the right amount of glitter and panashe!

Getting the green skin shade just right took some trial and error. I found that a yellow cream makeup worked best and was the most flattering. The witch broom was my favorite part of this costume. It was made from a tiki torch which was painted gold. For the broom bristles I used two hula skirts and dyed them burgundy. The bristles were held together with two gold curtain rod rings and were simply pushed into the tiki torch basket and held together by added strips of black cloth until it was tight.

The Winkie Guard costume was purchased and then refined by adding the tassel necklace (which was made of fleece yarn and painted wooden circles), a sash with larger tassels and ear flaps made from felt on the fuzzy hat. The key to the fullness of the Winkie guard coat was a mesh crinoline which my guard was not too happy about wearing.

The Winkie guard staff was purchased.  The plastic handle was removed and replaced with wood and painted silver. The finishing touch was adding larger red tassels and a ruby heart jewel. The Winkie guard won best male costume at our neighborhood Halloween Crawl in Baxter Village in Fort Mill, SC. So proud! 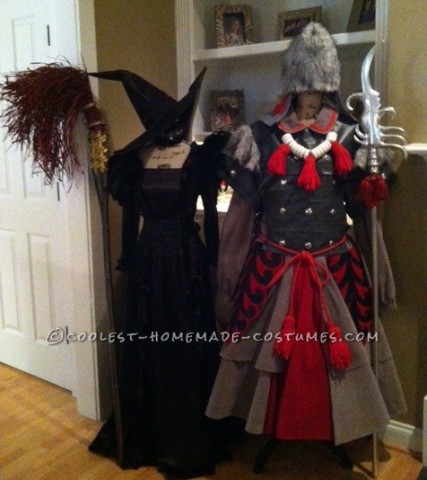 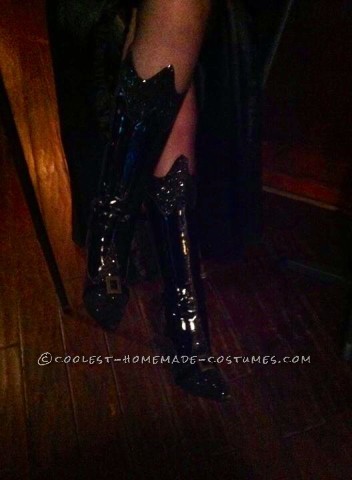