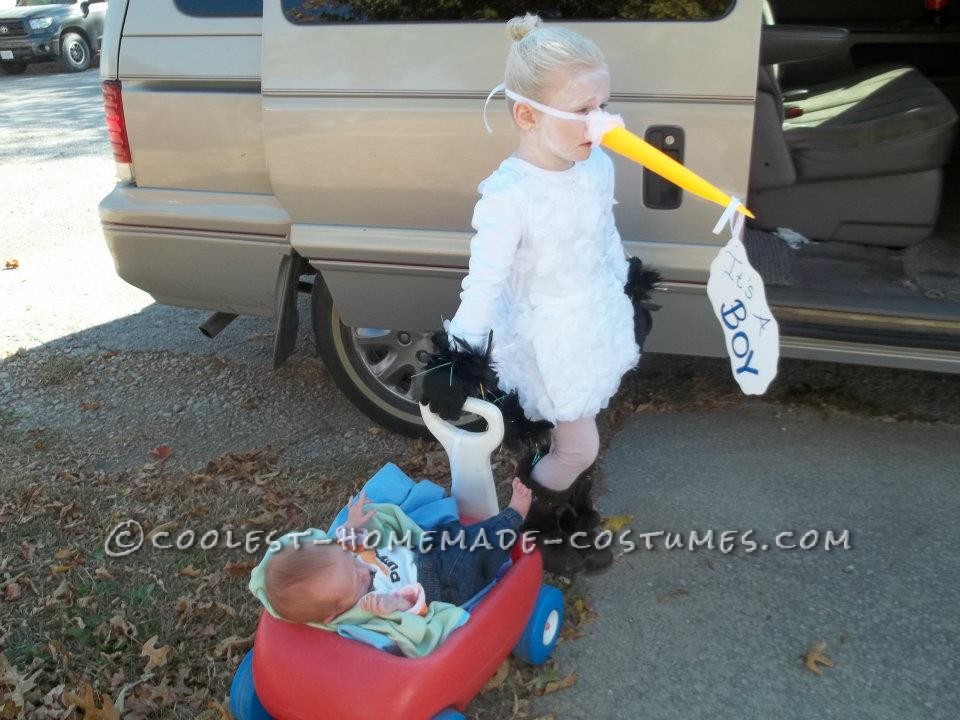 I coundn’t figure out what I wanted my kids to be for Halloween 2011 because I had a 3 year old and a 1 month old.  I was laying in bed one night and racking my brain about what they were going to be and it just hit me (my daughter had asked earlier in the evening where babies come from). They need to be a stork carrying the baby!  Well, that obviously wasn’t going to work because there was no way I was letting my 3 year old daughter carry her 1 month old brother.

The next problem was figuring out how to make the costume.  I had some poster board laying around and I had some stuff I used to do some photography (feather boas and rose petals).  I searched Google to find out how to make one and never really found one I thought would be easy enough to make.  I then just started cutting the poster board in to the shape of a stork butt.  I had bought my daughter a white leotard because it was on sale and decided use it too.  I glued the bottom on to the leotard and then proceeded to glue fake white rose petals all over the entire thing.

The petals were the closest thing I could get to feathers.  I then glued a black boa to the end of the stork butt and glued some of the boa to some black gloves to give the effect of feathers.  I also made a beak out of orange poster board and glued a sign to it saying “It’s A BOY”.   I then had to figure out what to do with my son.  I had a very small wagon in the garage that I thought might work and I was right.  I put some blue fabric in the bottom of the wagon and for him to lay on and my daughter pulled the wagon.

It was fairly simple to make and didn’t take much time either.  I am just glad I had mostly everything I needed to make it and I must say it was really cute. 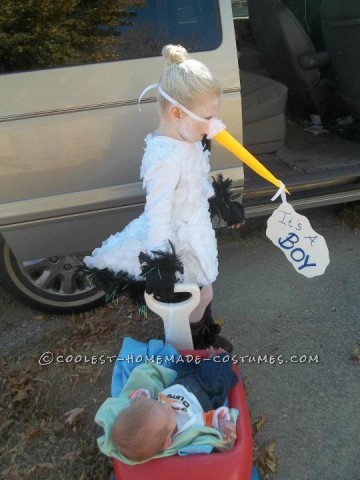