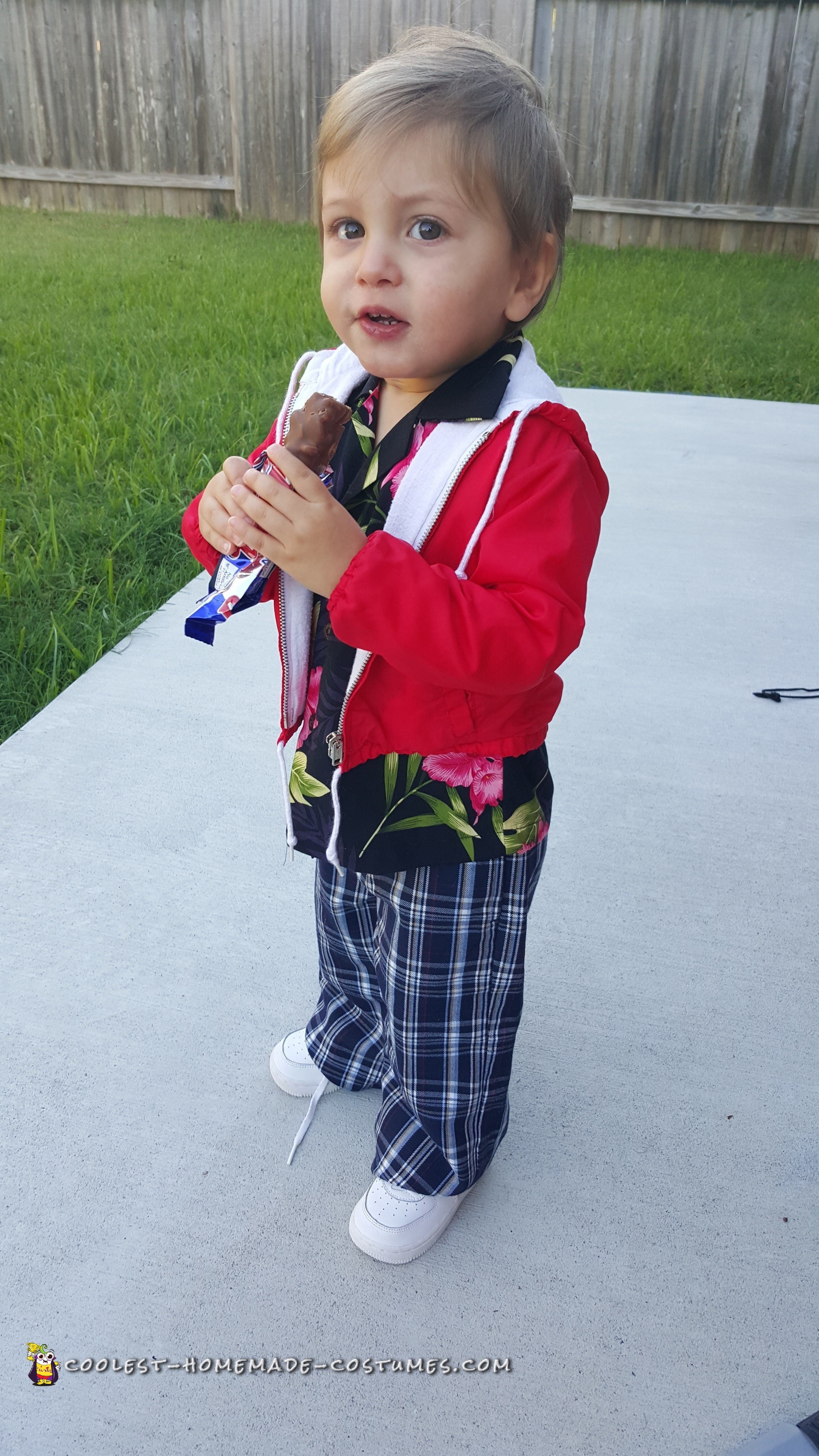 Having a kid is a ton of work but it also means you get to dress them up as whatever you want for Halloween (at least until they can fight you on it.)  I have always had a love for 80’s movies, especially the fun and iconic characters that came from them.  Chunk from The Goonies is just that.  He is a disheveled chunky kid with non matching clothes.  And you can’t forget the Baby Ruth!  I set out to find this outfit for my 20 month old.

I figured it would have been a lot easier to find his costume than it was.  The main pieces that consist of his costume are his white tennis shoes, brown plaid pants, black and pink Hawaiian button down shirt, and the bright red vinyl jacket. The white shoes were actually a hand me down from a friend and were way too big for my son.  But alas, they were free and he only had to wear them for a short time.  The pants I found on ebay.  They had to have the right plaid print and that isn’t easy with brown pants for a toddler.  The pants were also very long but they worked!

I found the Hawaiian shirt online from a niche store that sells Hawaiian print things.  I can’t believe I was able to get it in a 2.  Again, it had to be exact with the black background and pink flowers. Then onto the red jacket.  I actually found this on Etsy and it is a vintage vinyl red jacket for a 2 year old.  This was my favorite find.  I did also get a pirate hat and a sword but he wasn’t as impressed with those props as the Baby Ruth.

When I went to photograph him, he was trying to take his jacket off.  He just wanted to play! Then I gave him the candy bar.  Although it was 9 in the morning, he dove right in and I felt quite guilty letting him gnaw on something so sweet and early in the day.  But, for the sake of adorable pictures, I let him indulge.  He was quite the happy Chunk.  I got him to do the truffle shuffle but could not get a good picture of it.  Anyways, I had a lot of fun recreating this costume.  Enjoy! 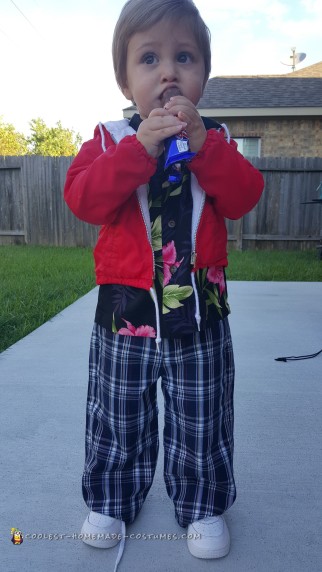 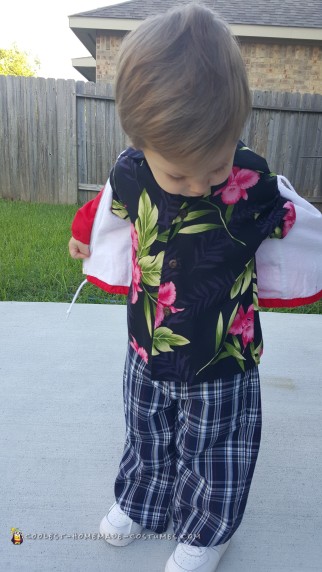 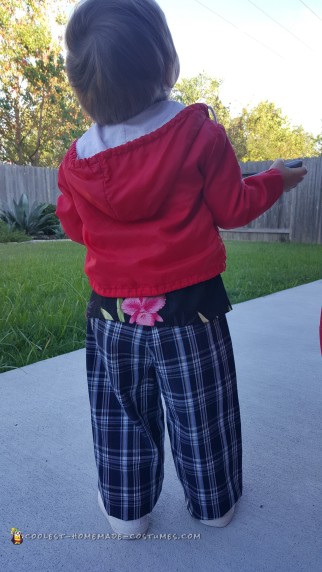 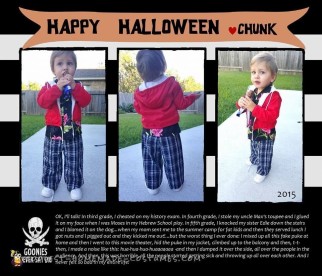 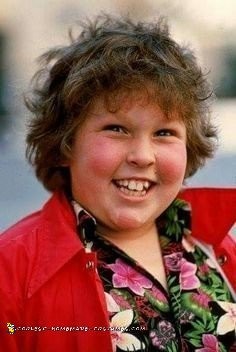