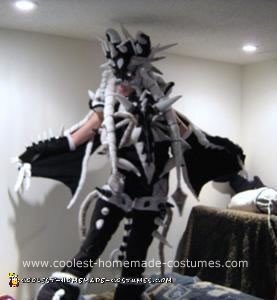 This costume began it’s journey 3 years ago. I did not use a sewing machine or patterns, just a needle and thread and a ton of various types of material.

I’m often asked what I am… and where I came up with the idea, and the truth is… I was sitting on the couch one day and thought I’d come up with a costume that was so unique that no one would ever be capable of figuring out what I was.

And so I began, armed with a set of needles and a ton of materials… I sewed. My inspiration I suppose came from various anime characters as they are always very elaborate and beautiful, but the costume is entirely my own design. I always considered Halloween to be the only day where someone can express their creativity, and perhaps show the world what they truly want to be.

I counted the hours over the years, but after 800 hours I stopped counting. This was my last year to go out for Halloween, which was yesterday. I was filmed by a news crew from CTV, and had my picture taken hundreds of times. This was truly one of my greatest artistic accomplishments, and I am now retired from costume making… at 24 years old.

I have multiple pictures of the costume, some pictures show the outfit in earlier stages. This morning, November 1st I destroyed the costume and took a picture of the remains… some people may think me crazy for doing so… but if I were to keep it around I would never stop sewing it and so it would consume my life. I keep the remains though.

And, I would like to share why I made such a strange costume. The main reason is that I see too many young women and sometimes pre-teens wearing very inappropriate costumes, and they do so out of need for attention I suppose. My intention was to show young women that you don’t need to be half dressed to get attention… you just need to come up with something amazing… and if you work hard enough, it will be you turning heads all around.

I have only one piece of advice. If you really want to be awe inspiring… look inside yourself, and think about what you would want to look like if you could have any form… sew your soul right onto your skin… be inspired by those who create the things you adore… but never steal the ideas of others.

Be aware that the process can be immensely time consuming… and you may have to give up some of the things you enjoy doing in order to make your costume. Do your best in everything you do, and do it with passion… because it is passion which has driven man to create the many wonders of the world…

In this costume I am a harlequin, demon, dragon… and all the things people imagine when they see me…. whenever they ask what I am, I state “I am whatever you want me to be.” 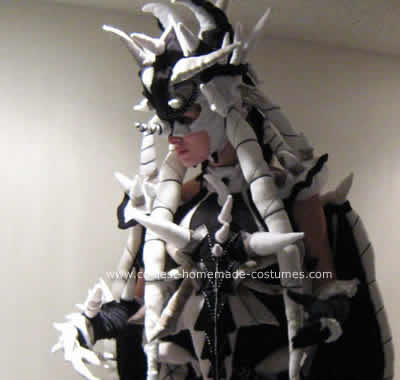 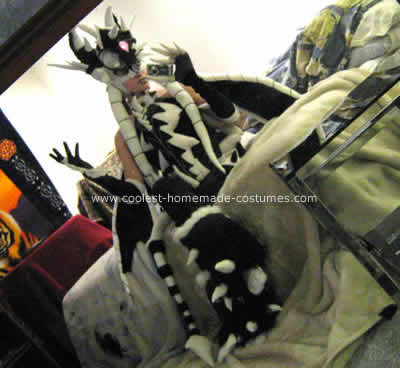 7 thoughts on “The Demon Harlequin Costume”