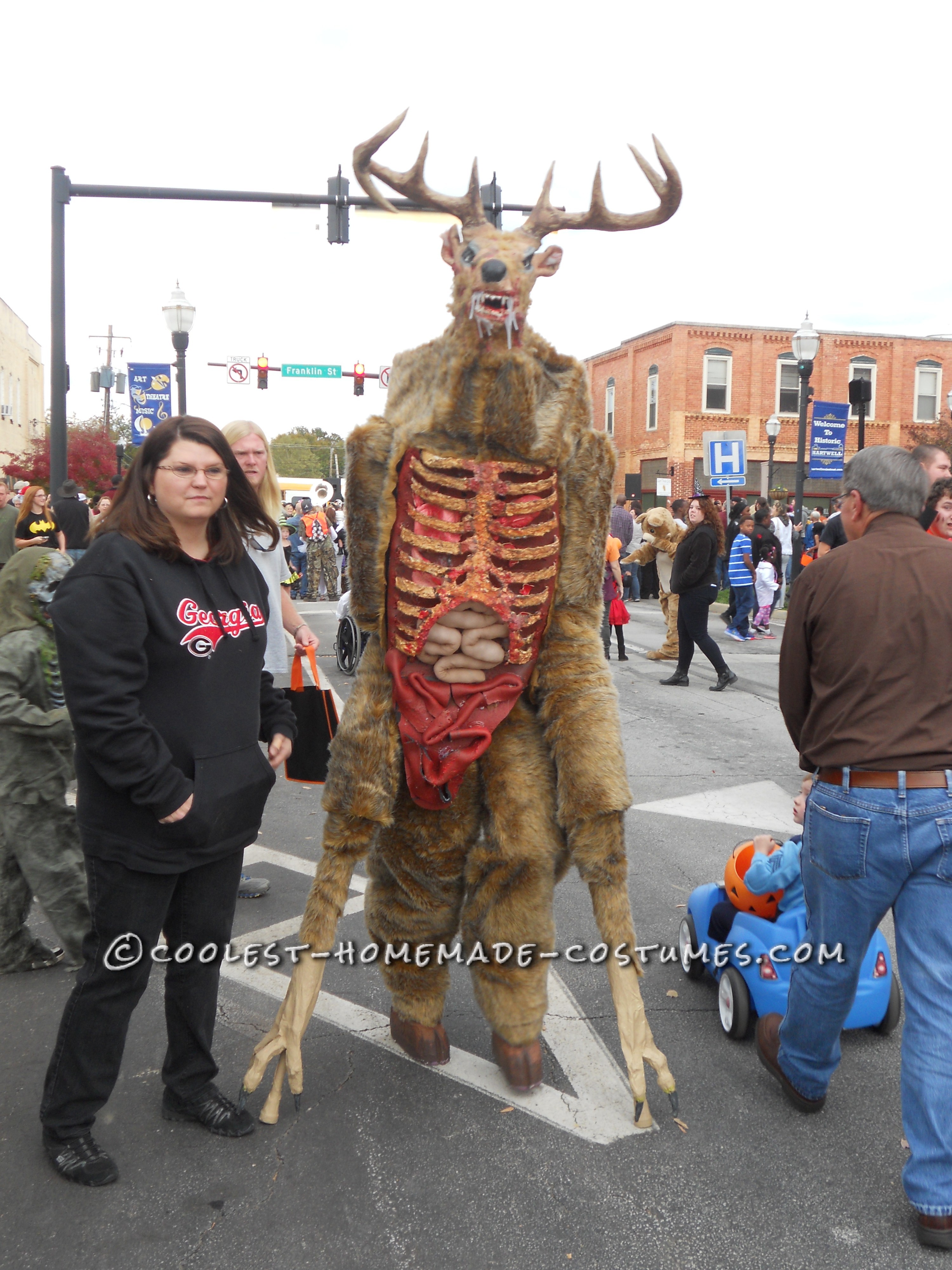 My kids decided that they both wanted to have quad costumes, that is, to walk on all fours. I am always up for the challenge, but I worried that I had over-extended myself by committing to two such huge projects, but they jumped in and helped and we pulled it off. The kids wanted to each have unique costumes that were not at all the same. My son went with scary, and my daughter went with not so scary.

My son wanted to have a fuzzy dog type quad costume, but decided that it was normal to expect a dog on all fours and that was not scary enough. After looking through pictures on the internet of animals, he came across a picture and story of a Wendigo (American Indian belief, that it is like a shape-shifter from human to this form) and decided he wanted to be that kind of scary. A Wendigo is said to be up to 15’ tall and our son is only 12 and about 4’9”. We wanted to exaggerate the features and go way over the top with it. We knew we would build and use digitigrade stilts for some of the height and then mount the shoulders and head above him for more height. We went to goodwill to purchase the crutches that were used for the front legs. As I said, both kids were going to have quad costumes so we bought several sets and the checkout clerk asked if we thought we all were about to have accidents and would need that many crutches, LOL! We bought the deer mask and cut the rubber antlers off and filled the mask with spray foam that we shaped as it dried. This was one of the hardest parts because it kept skimming over and would not dry. We paper mached  some huge antlers by using copper tubing that had been spray foamed. I purchased fur for the body. I used an oval shaped trashcan to cut the rib cage out and spray foamed that, and then used left over liquid latex from another Halloween project to cover the foam and paint it. My mother gave me small foam pieces of packing material they throw away at work. I used that to cover the inside of the suit behind the ribs. We used an old school back pack and PVC pipe mounted to it for the bony shoulder blades to stick out as well as attaching the deer mask too. The top of my child’s head is just under the top of the rib cage with eye holes cut out of the foam that is behind the ribs in between the internal organs. So the entire top half of the costume rested on his shoulders via back pack straps and the bottom half hung from his shoulders by straps. The bottoms were made like pants with the recycled black foam glued to the inside with E6000 glue so that it appears as muscular thighs. This costume got rather heavy, but he was a trooper and not only wore it, but also rocked it! He was almost 9’ tall when standing in it. He walked on stilts and had all that weight over his head and balanced it so well; he could almost run in the costume. It was also SO HOT inside! With all the fur and foam rubber, he wasn’t getting much air. I had Velcro on one side of the costume and I would open it and fan the cool outside air in, so he could get some relief and some water. He was sweating and soaking wet head to toe, but did not want to take it off because he was having so much fun working the crowd. They were lined up to take pictures. He would squat and sit on his heels, which made him about average height, then when the kids walked up to him, he would stand up quickly and be so tall and overwhelming the kids and adults would run. Our town puts on a Monster Mash with trick or treating on the town square and they shut down the streets surrounding the square with dancing and costume contests. He was actually able to dance and move pretty good while wearing the costume. The local newspapers were there and they took pictures to feature in the paper. Then, when it was time for the costume contest for 6-12 year olds, he entered it with about 50-60 other contestants and won. When they announced they had a winner, the crowd was chanting deer, deer, deer and when he was announced as the winner, they all cheered and he danced across the street to pick up his prize, which he promptly gave to his cousin who was with us. The judges asked lots of questions after the contest and thanked us for the effort and working the crowd. They told we helped to make it great this year and this was the kind of thing they look forward to as making it a success and memorable. Before the contest, a few of the people for local newspapers took his picture and then found kids in the crowd to stand in and take pictures with him for the paper. This was definitely a family project and so worth it. 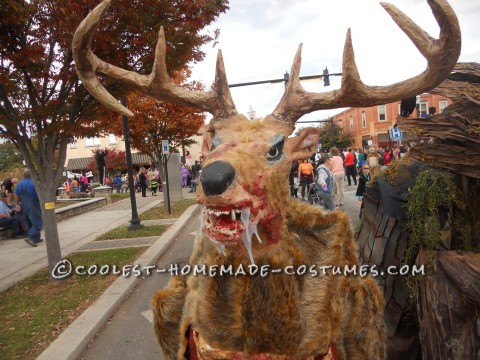 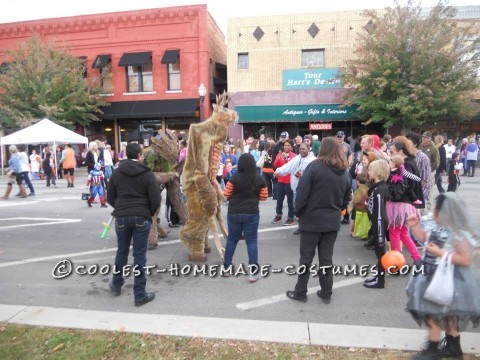 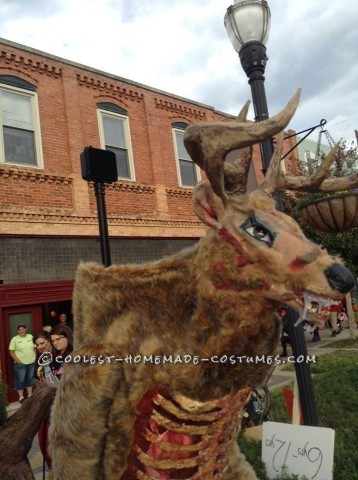 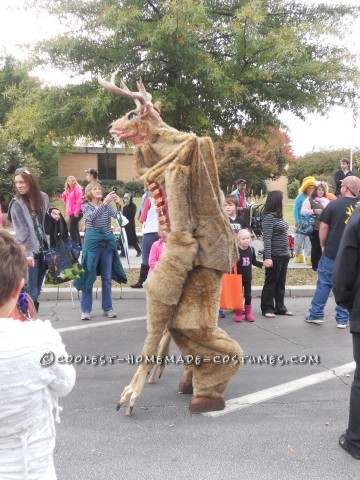