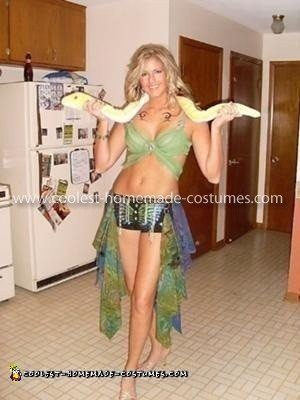 I’ve never been the kind that sews but when I saw this outfit I had to make it happen! Used glitter glue on the shorts, found material that closely matched and even sewed on pheasant feathers. Used a sheer fabric over a bra and pinned on broaches. Add the snake, head piece, and paint on … Read more 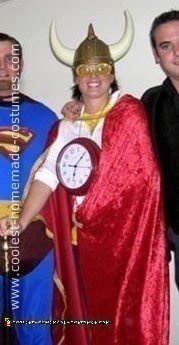 The only thing I bought for this Flavor Flav costume was the viking hat. I hooked a wall clock to a chain and sewed my cape! I thought this guy was crazy after seeing him on VH1 and I had to be him for Halloween in 2006. All of my friends loved it! 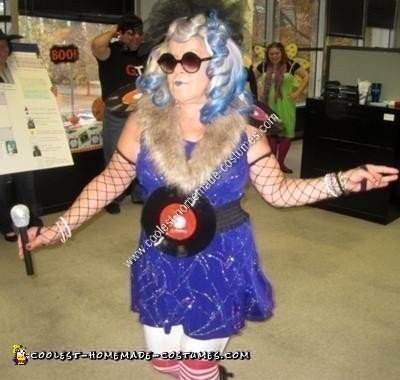 Having been born on Halloween I decided to join in the work dress up contest. My son had created a wig (which I previously posted) and I decided I would use it to be the Senior Lady Gaga. The wig was constructed using human hair which was colored at the ends, a stocking cap, tulle, … Read more 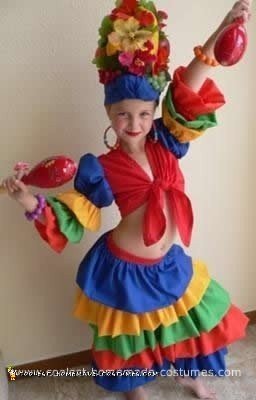 My daughter always likes to be something unique for Halloween. I thought she would make the cutest Carmen Miranda Chiquita Banana Girl so I asked my mother in law to help me make a Little Chiquita Banana Girl Costume. I had an idea in my head and it turned out great. To make the hat … Read more 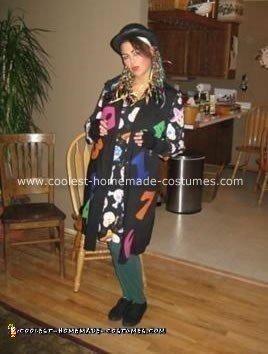 I love love love dressing up for Halloween! I had this Homemade Boy George Costume idea for a few years. I browsed the internet for pictures of him. I went to my local thrift store and bought the leggings and the long plain black jacket. I cut the sleeves off the jacket and cut the … Read more 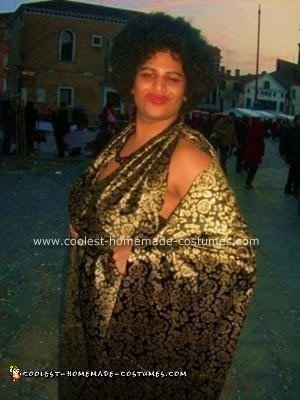 Hi, I’m Deejay, I’m a guy aged 21 and I come from Italy. Last year I went to Venice to celebrate the Mardi Gras, a major event in that city, because of its famous porcelain masks and expensive rich costumes. So I decided to give a breathe of fresh air walking down the street dressed … Read more 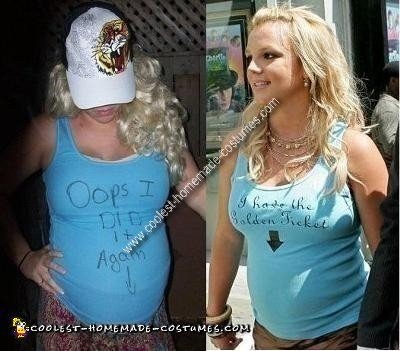 So I was stumped for an idea on a costume of 09. I was about 7 months pregnant and couldn’t think of anything so I was looking online and there was pregnant women dressed as beer belly’s, as farmers holding a pumpkin( their belly’s), but I thought to myself what would I be more comfy … Read more 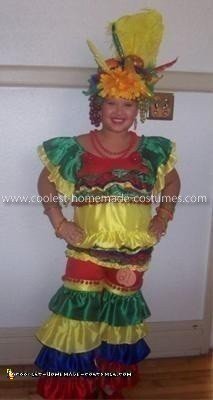 My daughter has always wanted a Carmen Miranda costume because it is vibrant and unique. I began with the headpiece. It is very simple to do. I just purchased plastic fruit from my local Dollar Tree and added plume feathers that I purchased for $1.99 on eBay! All of this was randomly hot glued onto … Read more 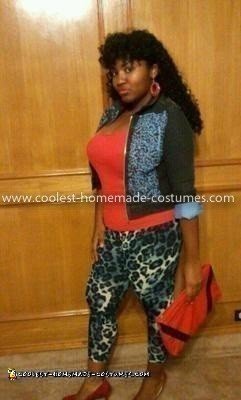 Michael Jackson is my absolute favorite artist of all time. Thriller is an iconic song for the Halloween season. So I took a slightly different angle for the typical “Thriller” based costume…Ola Ray! Here is how I made my Homemade Ola Ray from Michael Jackson’s Thriller Costume. I found the blue leopard bodysuit and the … Read more 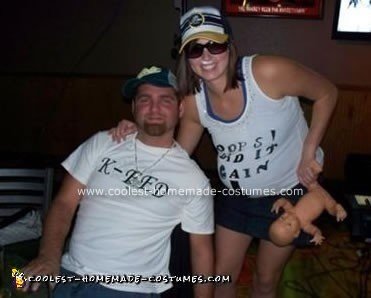 I love dressing up as the celeb that gets the most press each year. Last year I talked my boyfriend into joining me in this yearly ritual. I decided that I would be Britney Spears and he could be the one and only K-fed. Well here we are, notice my “baby bump”, my tank that … Read more 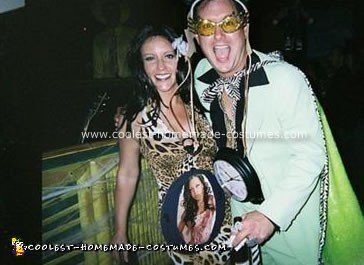 My husband and I went to a costume party dressed in a Homemade Flavor Flav and Ms. New York Costume . For his costume, we borrowed a lime green suit and I made the cape out of neon green crushed velor fabric. I wrote Flava across the back of it in gold glitter. We bought … Read more 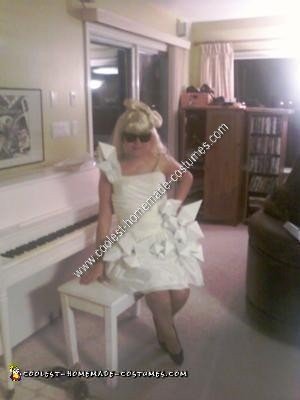 This year I really wanted to go all out with my costume, and make it. So I decided on a Lady Gaga costume, who better when wanting to make a statement right? Dress: For the dress we bought a wedding dress at a thrift store and made it into a mini dress( any white dress … Read more

I got the Candy Princess Halloween Costume Idea from Katy Perry’s candy dress in the California girls video. I found some dresses on the web that were highly priced or that just weren’t that cute. And beside I have this thing with having to make our costumes every year. It was surprisingly cheap to make. … Read more