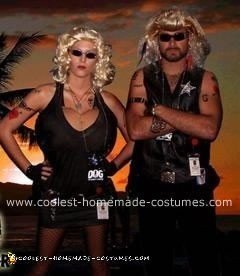 My boyfriend and I dressed up as Dog and Beth this past year and won $200 dollars in a costume contest! I wore a black dress, tall black boots and fish net stockings that I already owned. He wore my dad’s leather Harley vest with black jeans and boots. We bought blonde wigs and toy … Read more 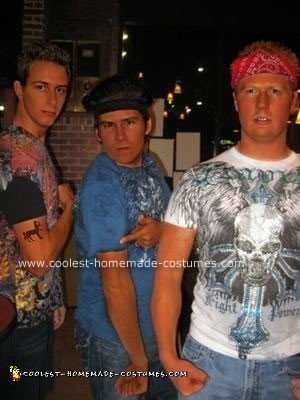 We did this for a skit for an event we had on campus. So we decided that we needed to G.T.L. So in our video skit we got dressed up in some Affliction shirts that were 2 sizes to small, and dark jeans, and gelled and moused the hell out of our hair. So we … Read more

For this Homemade Snooki Costume I started by going to the store and looking for a low cut shirt. I found the zebra shirt and a pair of leggings at a local store. I then bought a pair of sunglasses and a cheap chain and glued the chain to the glasses. This wasn’t as easy … Read more 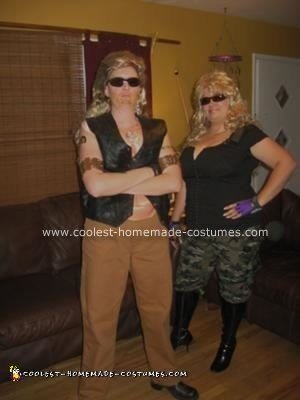 Melinda (dressed as dog in picture) has a ten year old daughter who is obsessed with Dog the Bounty Hunter. We decided it would be great fun to dress up as Dog and Beth for Halloween. We ordered the wigs and A Man Chest costume T-shirt from Amazon. Dog’s outfit consisted of: carhartt pants, a … Read more 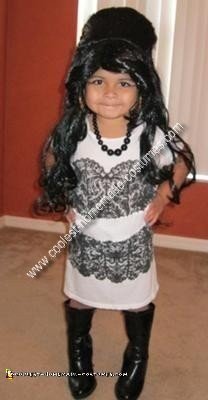 I ordered a Red Wig ( Mostly used for Amy Whinehouse Costume ). And found a few things in my closet that would look good together to make a Baby Snooki Costume (From jersey shore). 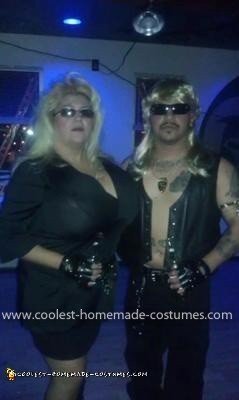 For Dog, borrowed a black vest, bought badges at the Dollar store and hung it off a long chain necklace. Used a black pair of pants and boots we had. Bought a blond mullet wig, fingerless gloves and handcuffs. For his feather armband bought beads and feathers and made it. Utilized sunglasses we had. For … Read more 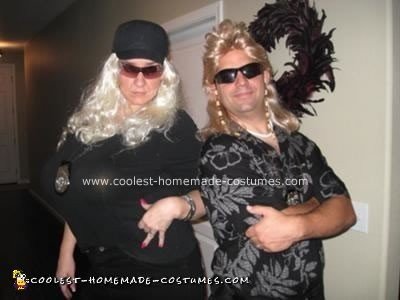 We found all the pieces to our Homemade Dog and Beth the Bounty Hunters Couple Costume at Wal-Mart. We had so much playing these parts. We one best Costume. 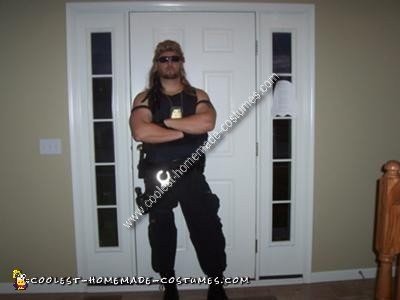 This homemade Dog the Bounty Hunter costume was created with a store bought wig and my real facial beard. My friend is a police officer, he assisted in the badge and handcuffs. I wore black boots and black army pants. I bought a plastic spray bottle and black spray paint and painted the spray bottle. … Read more 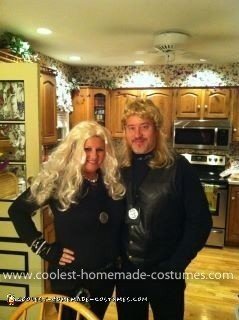 We wore our own black clothes and bought a leather vest for him at the flea market for $15. I made our badges out of a black ID holder. I cut out circles of cardboard and wrapped them in Reynolds wrap and super glued them. The handcuffs were toys from the dollar store. Beths boobs … Read more