For a fancy dress party I decided to go as Spongebob Squarepants, (why wouldn’t I?!). After looking for costumes for sales, I was disappointed by the low quality and high price of what was for sale, most weren’t even square! So after deciding to make my own Spongebob Adult Costume, I found this website and … Read more 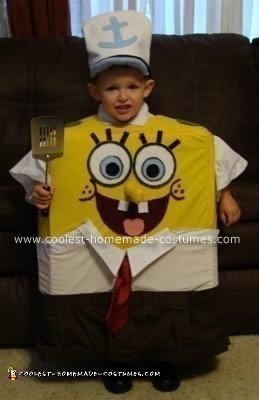 I started this Homemade Spongebob Squarepants Halloween Costume with a cardboard box that fitted my 2 ½ year old son. I cut out arm and neck holes. Then I opened the box and used it as a template and cut ½’ foam to match each side. I laid out all the foam pieces and cut … Read more 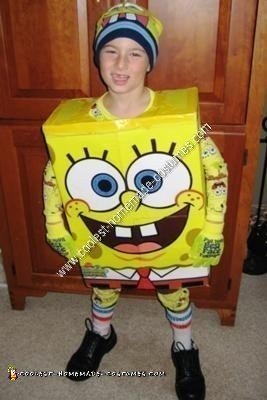 For this homemade Spongebob Halloween costume idea I used a corrugated box from Staples delivery, covered it with yellow cloth purchased at a Fabric store. Then I captured an animated photo online and enlarged it into four 8″ X 10″ quarter panels. I glued the printed sheets onto the cloth-covered surface. I also cut out … Read more 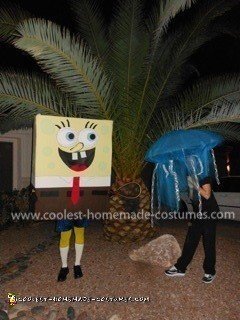 Sponge Bob was made from a refrigerator box that was cut to size. With legs he was 7 feet tall. Most of the covering is made from felt that was attached with spray on craft glue. His mouth is the viewing window and is made from solar screen. His eyes are paper plates covered in … Read more 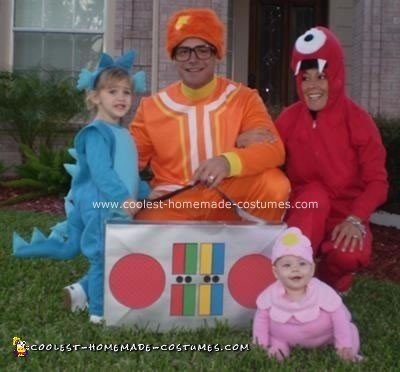 For Muno I bought a red hooded sweat-suit at Academy. They were so cheap I was able to buy an extra pair of pants that I cut numerous circles out of. I hot glued the circles over the whole costume stuffed with pillow stuffing. I made the eye and the mouth out felt. I hot … Read more