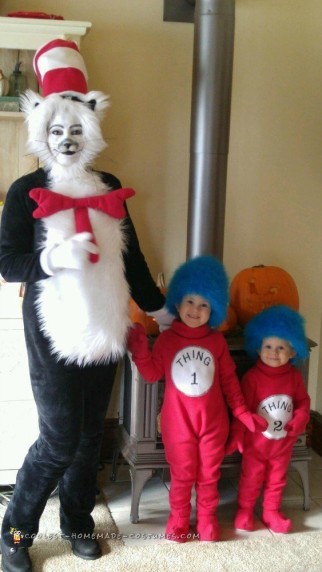 I am a Dr. Seuss fan, as are my daughters. I thought it would be great to make a Cat in the Hat costume and bring the Cat in the Hat to life. Thing 1 and Thing 2 Costume Instructions I sewed Thing 1 and 2 using red fleece for the body suit, gloves and … Read more 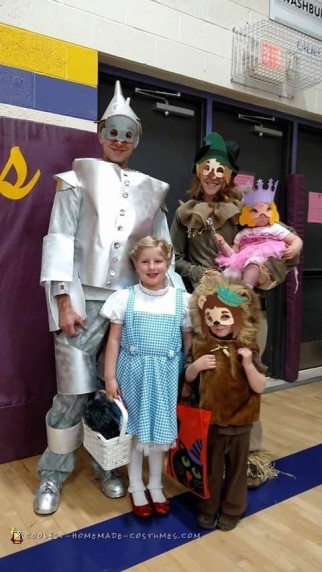 It only took one look at the ruby red slippers for Claire age 5 to be certain she wanted to be Dorothy for Halloween. “But, who’s Dorothy,” she asked. So we rented the movie from the library to show her and stopped at the wicked witch she thought she saw enough and she didn’t like … Read more 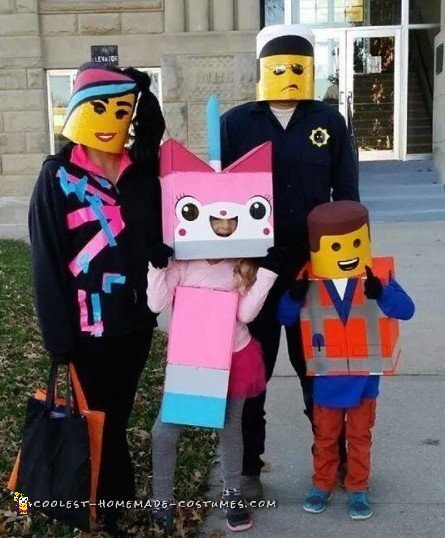 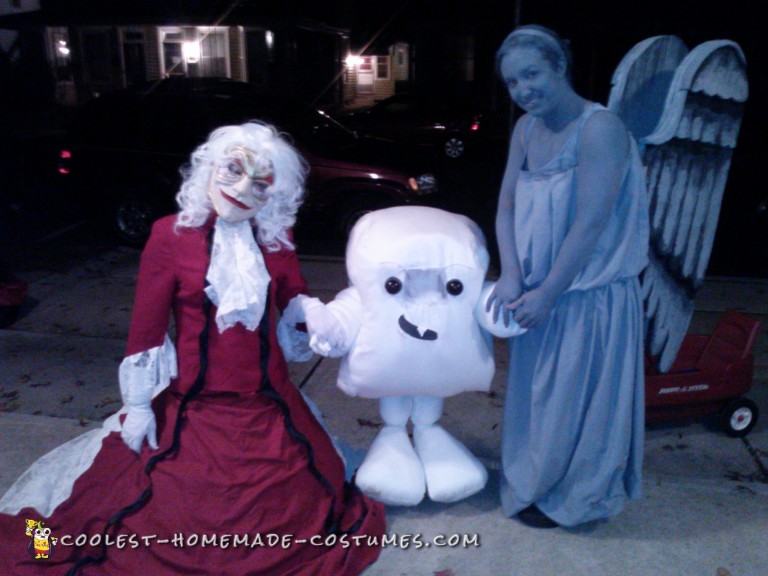 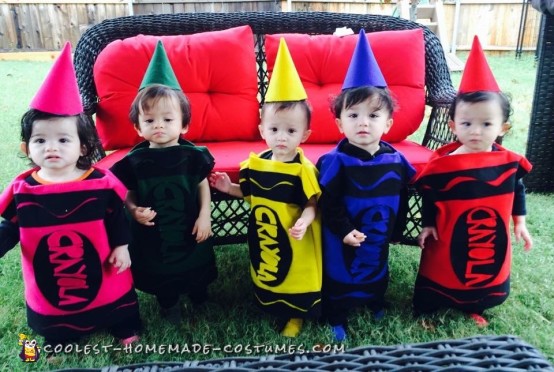 Here are our homemade crayon costumes. I made the costumes for myself (mother), my husband, my mom and our 16-month old quintuplets, yes 5! As we all know, Halloween costumes are expensive especially if we are looking to buy for 5 babies. I researched and googled whats the best costume for family that is homemade. I … Read more 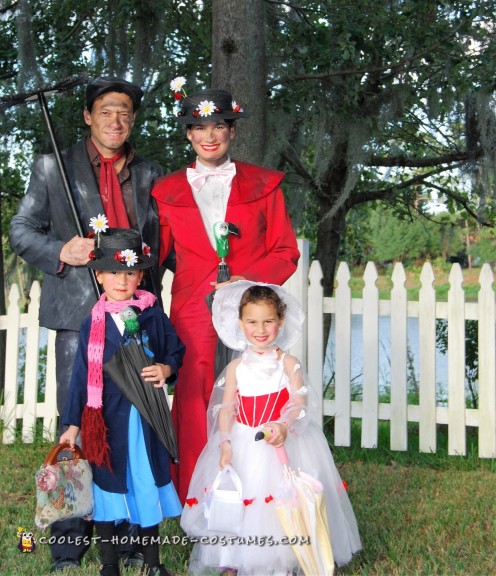 Our family loves dressing up for Halloween! We love it so much that the night after it ends we begin to ask ourselves what the next year’s costume theme be! We have made it a tradition to find a theme that would make sense as a family and our girls always take part in helping us … Read more 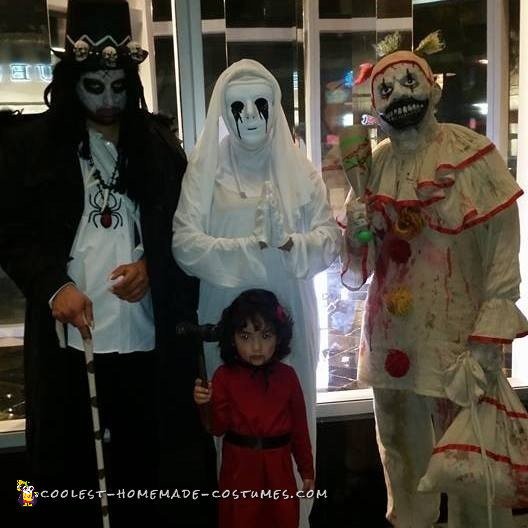 My family is obsessed with Halloween and American Horror stories so boom! We put them together! My brother was Papa Legba from the Coven. My husband was Twisty the Clown from Freak Show and my daughter was Marjorie from Freak show as well. I was the white nun from Asylum. The reactions from people were … Read more 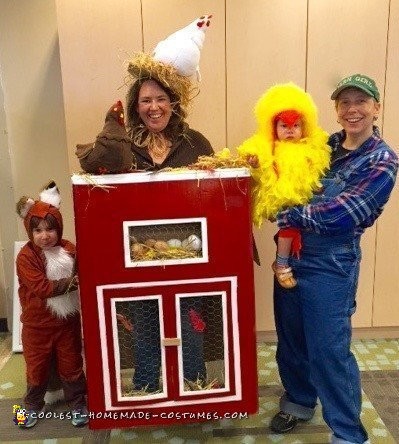 This summer, my dad told my four-year-old daughter a True Story. One day he noticed a fox taking a walk across his field. He watched as the fox stopped in his tracks, stuck his nose high in the air, and turned his head into the southerly wind, the direction of the neighbor’s hen house. This … Read more 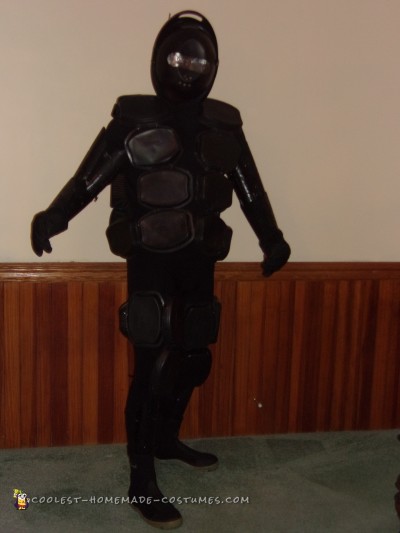 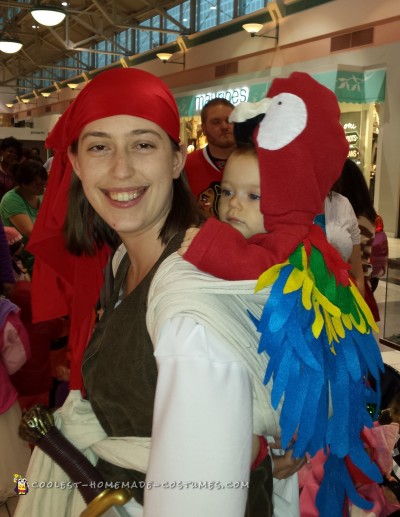 I had decided I wanted to do a pirate costume with my 10 month old as a parrot, but that costume idea is done a lot so I wanted something a little bit different. I like to wrap her on my back anyway, so I decided to make it look like the parrot was on … Read more 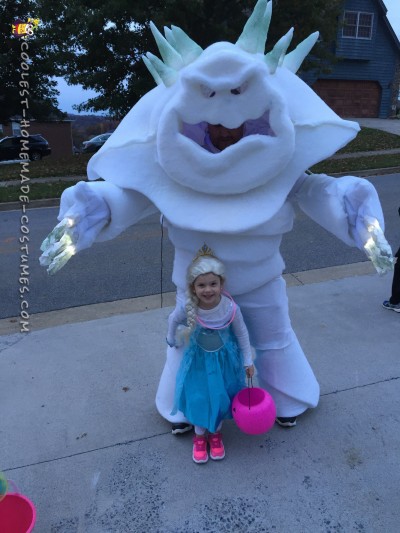 For Halloween 2015 my 4-year-old little girl wanted to be Elsa from Disney’s “Frozen.” As it is tradition for me to dress-up every year with my kids, I decided to go as “Marshmallow,” Elsa’s snowman bodyguard from the movie. The video below details the creation of the costume, and highlights 2015’s Trick-or-Treat with my kids. I … Read more 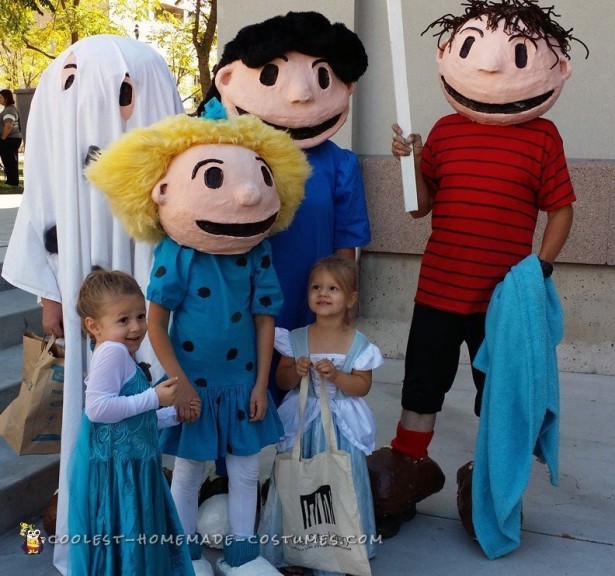 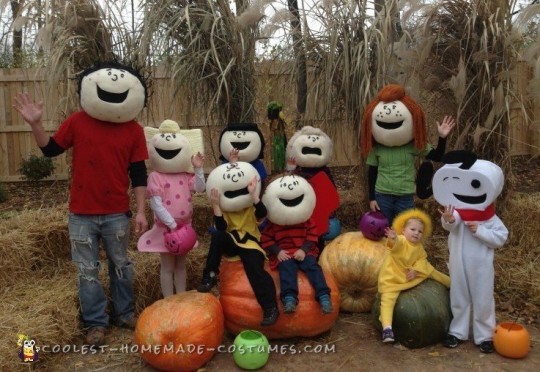 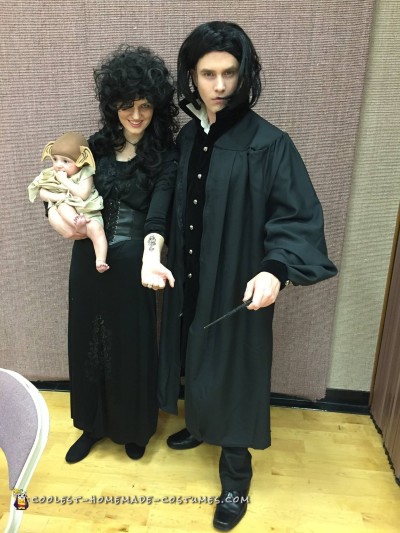 This year was my son’s first Halloween so I didn’t want to disappoint. My husband and I are known for going all out in our Halloween costumes (only though we only attend friend’s parties) and we were beyond excited to get our son in costume! We researched online and we got the idea for him … Read more 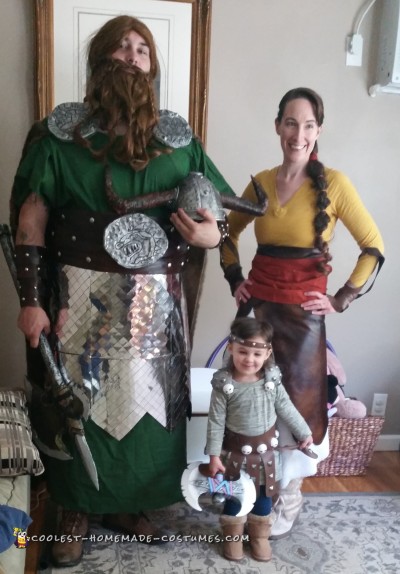 It started the day after Halloween last year, when my fiance thought of the idea to make our daughter a dragon rider with a dragon to ride on while trick-or-treating. As this Halloween drew near, we made various trips to craft stores to gather our supplies…mainly faux leather, styrofoam, modeling clay, and hot glue…lots of … Read more 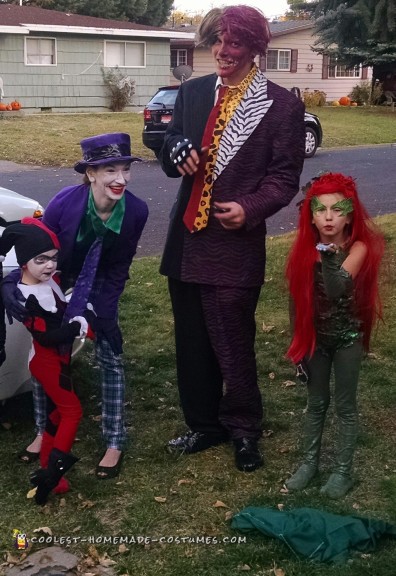 My oldest daughter is the one who started the batman villain theme. She is 8 years old and loves all the old batman movies. She chose poison ivy as her costume and that just triggered the rest of the family into dressing up too. I wanted to try and stick as close as possible to … Read more 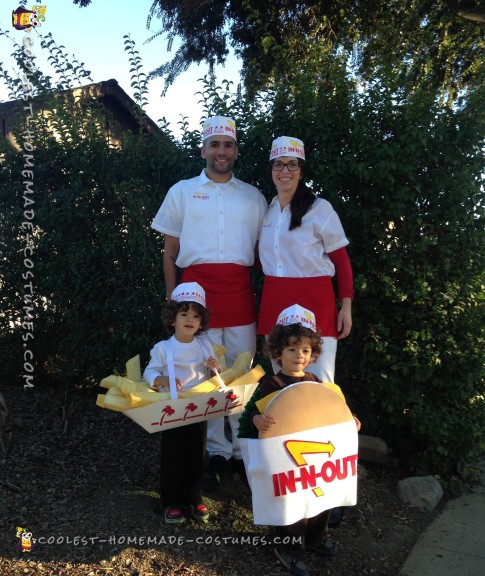 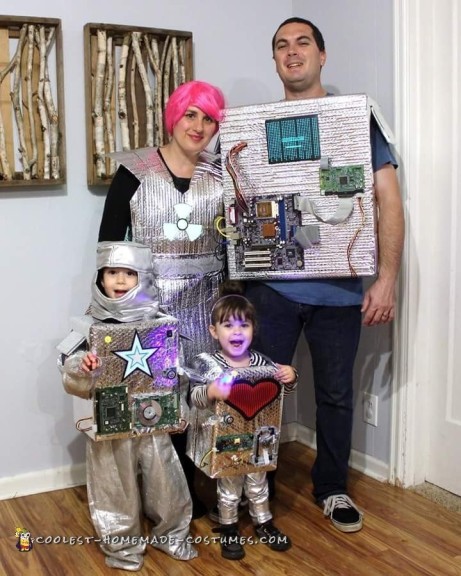 My two year loves to walk around acting like a robot, so when it came time to pick costumes my son thought it would be fun to dressup as a whole robot family. I started with double sided foil insulation. They sell it by the roll at the hardware store. It comes pretty thick as … Read more 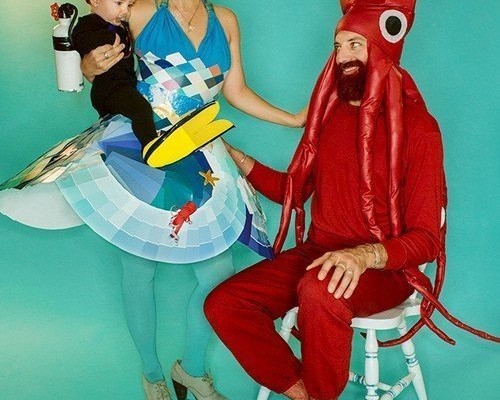 I’m not sure where this trait came from, but I am a bit obsessed with costumes. I will spend time that I don’t have to hand craft extravagant costumes that will be worn for an hour or so. Why? I’m not sure. I just can’t seem to help myself. Being that this is Archie’s first … Read more 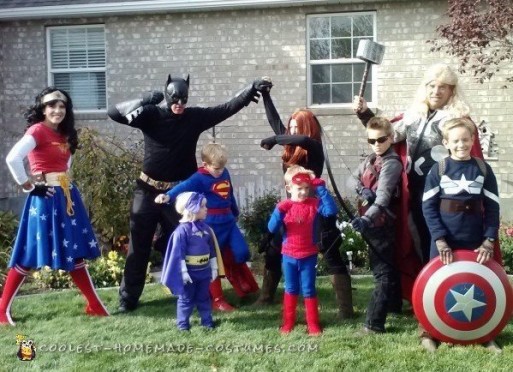 This one took a lot of work. Most of the little ones were done with sweat suits. They were bought a size larger so that the bottom waist could be removed, then fitted to be more tight. These super heros need to be warm! Black widow was merely a black shirt and black skinny jeans. … Read more 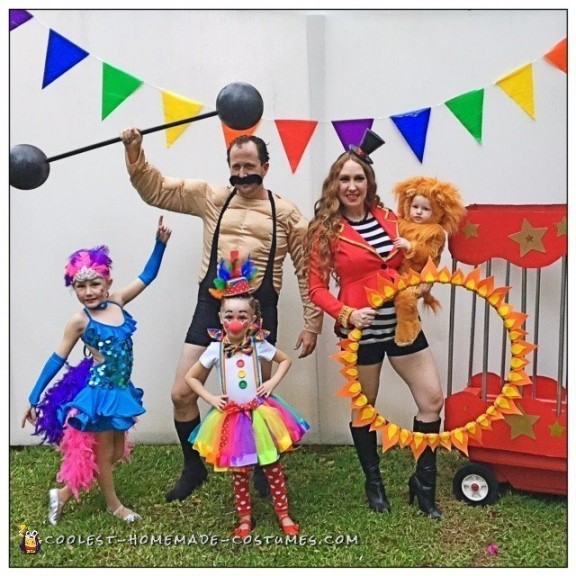 We always say “our family is a circus!” So the idea for these costumes came to us on a particularly crazy but normal day in our house. We quickly decided on a strong man for my husband, lion tamer with lion cub for myself and infant daughter, tightrope walker for my oldest daughter and of … Read more 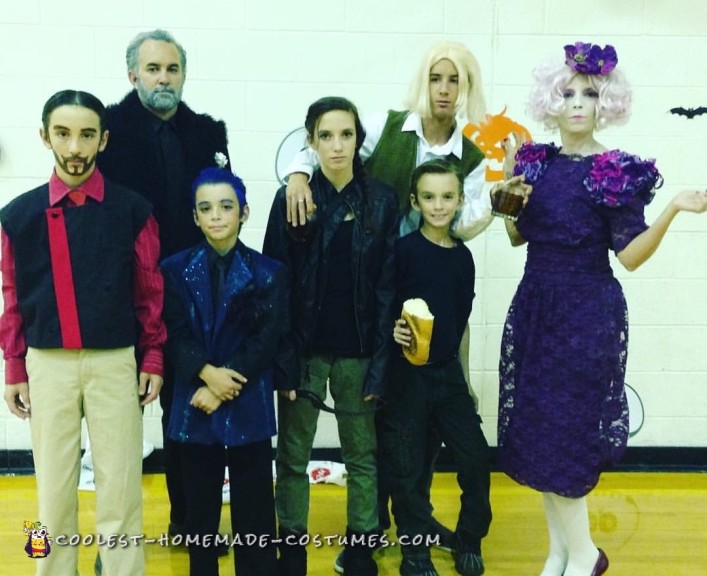 Every year our family votes on a theme and this year it was The Hunger Games! We decided who would play which character and then I went thrift store shopping for the foundation of each costume. From there, I found items at craft stores to complete the looks. I used dye on Peeta’s pants and … Read more 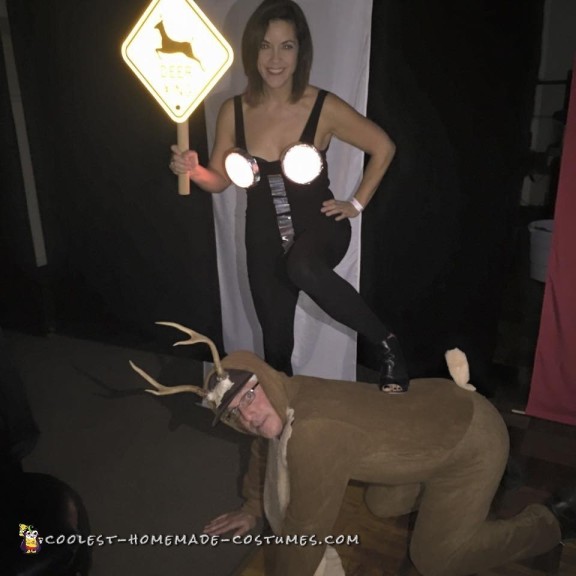 We purchased a Chewbacca costume for the deer. I bought the chest fur from a fabric store to cover the front side of the deer and I also used it for a tail which I sewed on my hubby’s backside. My husband acquired the deer antlers from his dad’s collection and mounted them to a … Read more 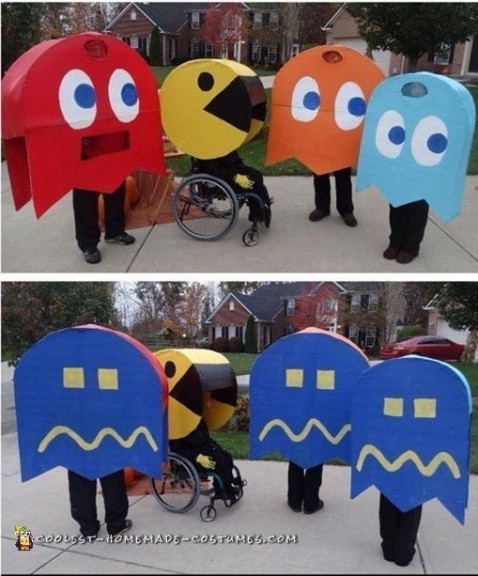 My son, a wheelchair user, wanted to be PacMan, so the idea evolved into a family costume theme since PacMan needs ghosts!  I (mom) made the costumes 100% from scratch.  It was a challenge to get PacMan to sit above the wheels of the chair and just right enough for my son to see in … Read more