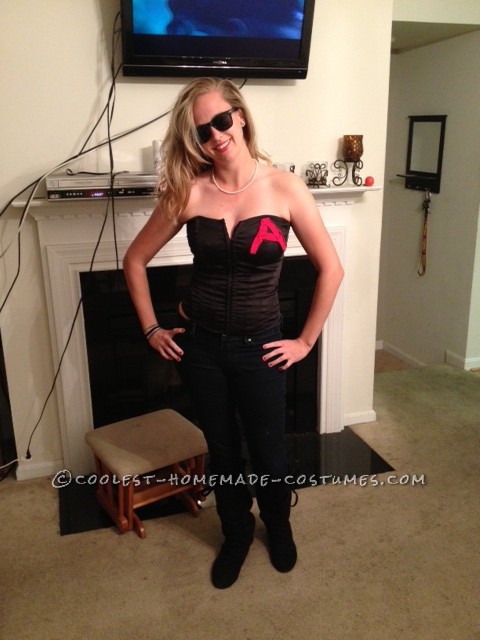 So, this came to when I watched Easy A for the first time the day before the BIG Halloween party.  This movie inspired me, since everyone starts rumors and thinks they know people because of things they here.  Yea, I have been called “Easy” before, which is a total lie if you talk to my … Read more 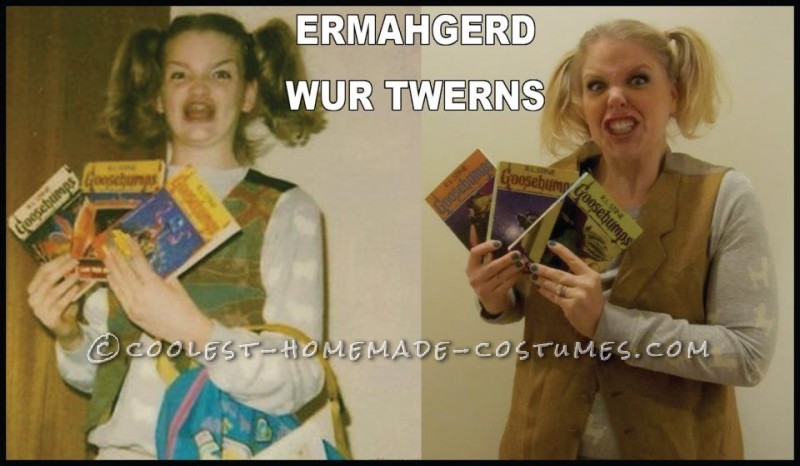 The “Ermahgerd” girl on the internet CRACKS ME UP! So I decided to be my idol for Halloween! All I did was take some books, print out the Goosebumps covers to some of them, and tape them onto the books I already had! Luckily I had almost the same shirt as she has in the … Read more 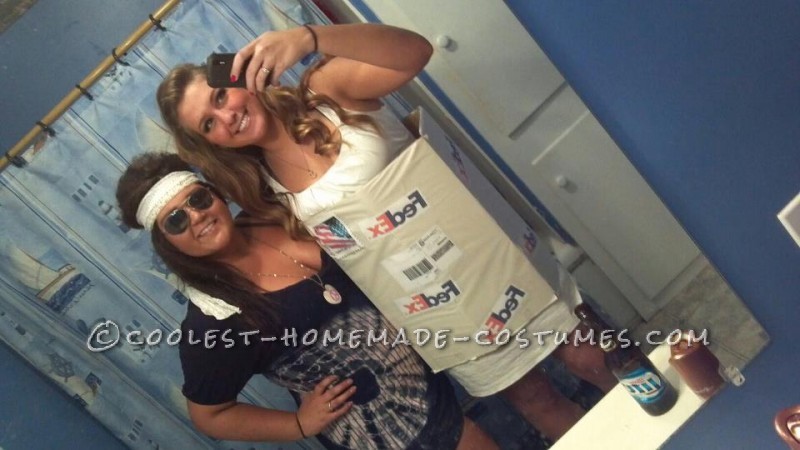 I wanted to make my own costume because I think it is more unique and way cheaper to do it that way since costumes are very expensive now. I am also not for the revealing costumes and I wanted mine to be funny and like nothing I had seen before. I browsed the internet probably … Read more

I run for the University of Mississippi and we had to dress up for practice this year! Winner with the best costume received a gift card. I happened to win the contest with my easy last-minute Thug Life Costume so that was pretty sweet considering I spent $0 on it! I just borrowed some boxers, … Read more 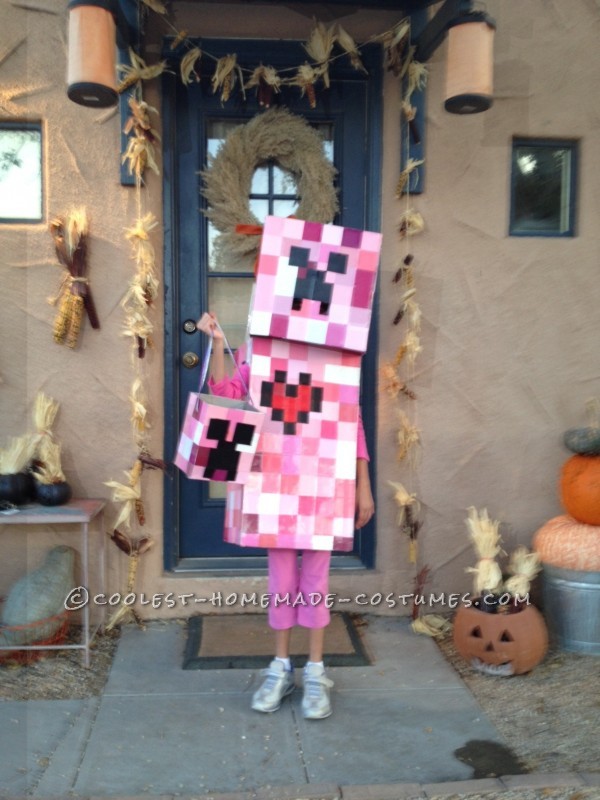 My daughter (along with every other kid in America) is obsessed with Minecraft.  She especially loves the creeper characters, but didn’t want to be the basic green one.  There is a mod in the game that creates elemental creepers that are different colors and have different characteristics.  I made the Friendly Creeper. First, we had … Read more 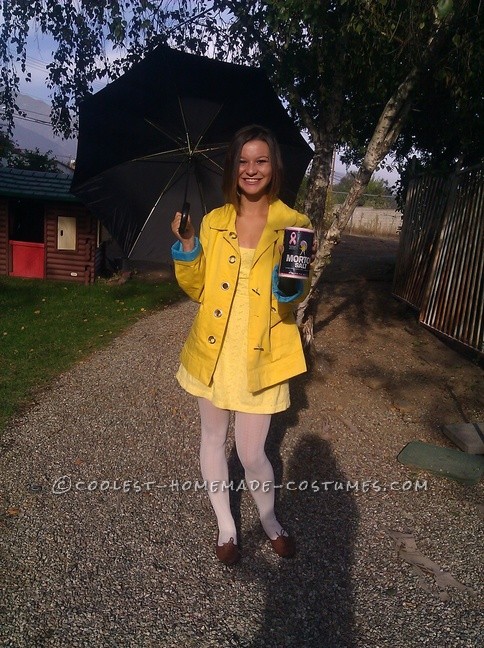 I thought of this Morton Salt Girl costume the night before I had to dress up for Halloween at school, I was thinking, oh goodness, I have no costume for tomorrow and I have no idea what I am going to do. So, I started Googling things and it had all looked like costumes I had … Read more 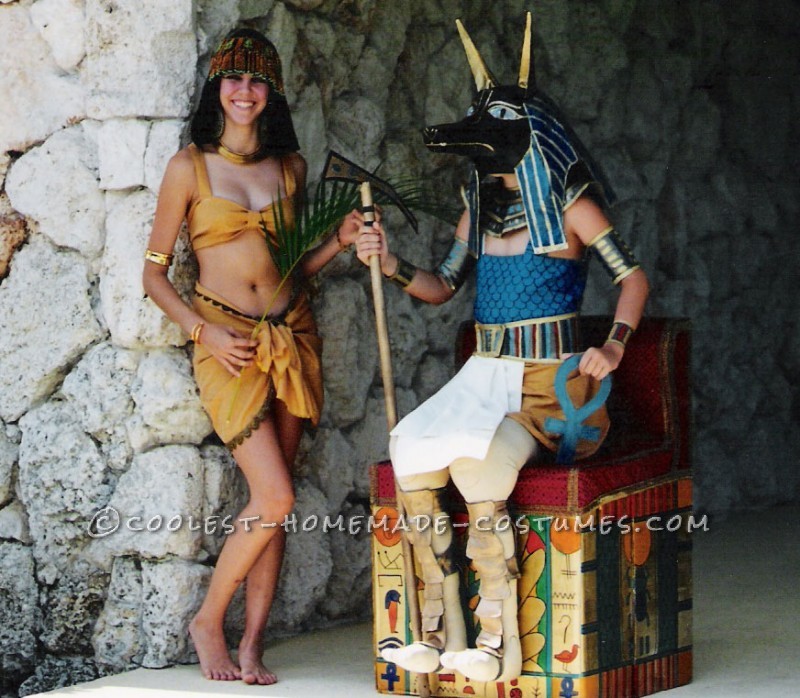 I made these Anubis and Isis Costumes about 10 years ago. At that time I was an at home mom with 3 kids. Money was scarce so I needed to make costumes for my kids from materials that we already had around the house. In my son’s rook I spotted a book on Ancient Egyptians and … Read more 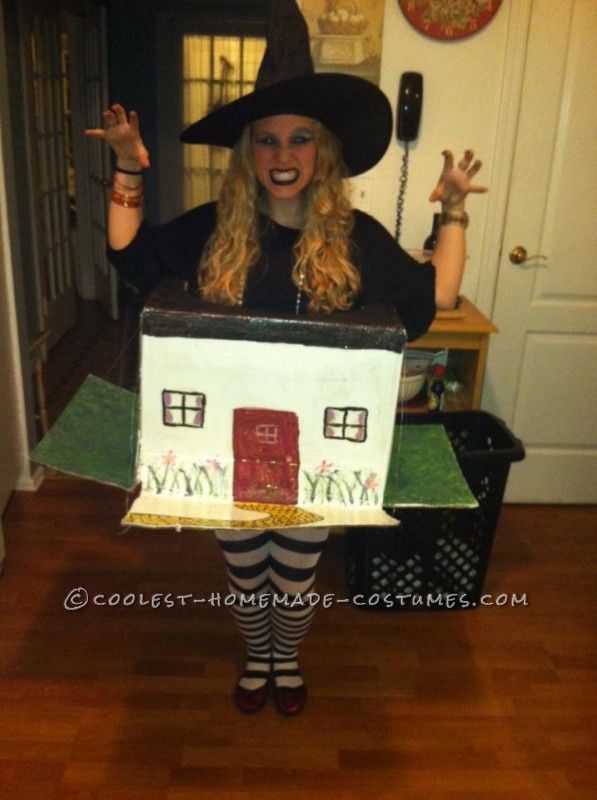 This all started when I was invited to a villain party, and all of the “typical/original” ideas were taken,. I was in a jam and even considered not going! I was then given the idea from the host of the party to be the Wicked Witch of the East, but no instructions on how I … Read more 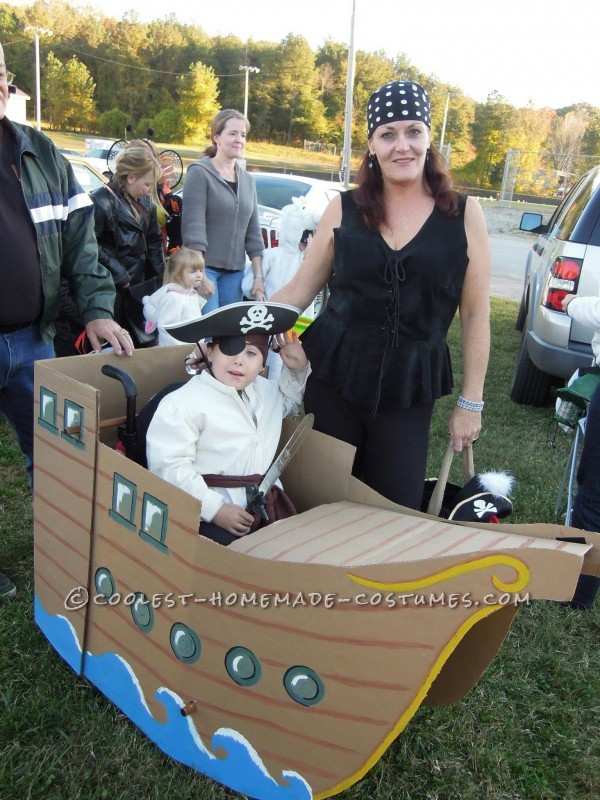 Another Halloween, another great wheelchair costume for now 6 year old William Joel!  This year I simply acquired 3 large pieces of cardboard from a local supermarket and bent them to fit around the chair.  I made a “Jolly Booger” Pirate Ship Wheelchair Costume. I attached the cardboard pieces together with large adhesive Velcro tape. … Read more 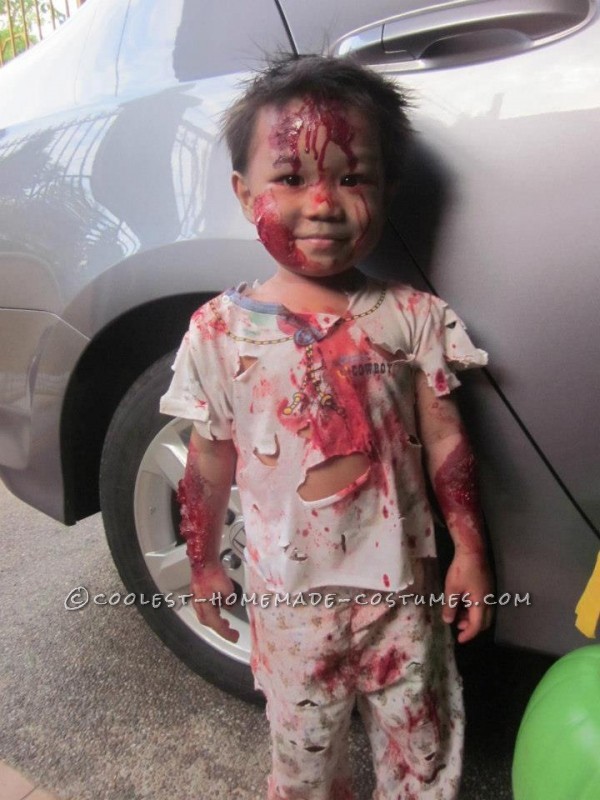 My son, Elijah, 2yrs old, is wearing bloody zombie costume. I’ve researched the ideas online on how to do fake wounds and fake blood. I started learning the techniques first week of October. Yes I know! I was  so excited to do the zombie baby,  me and my son practiced a lot so he can … Read more 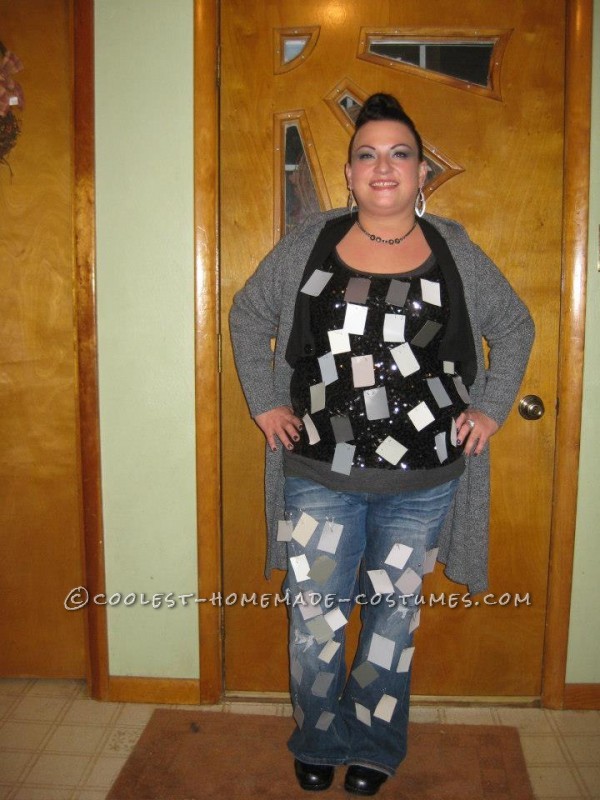 This Fifty Shades of Grey homemade Halloween costume was completely last minute. I actually thought of it that very day. I am a hair stylist and a client and I came up with it while I was doing her hair. I just went to Lowe’s after work and grabbed every paint sample in every shade … Read more 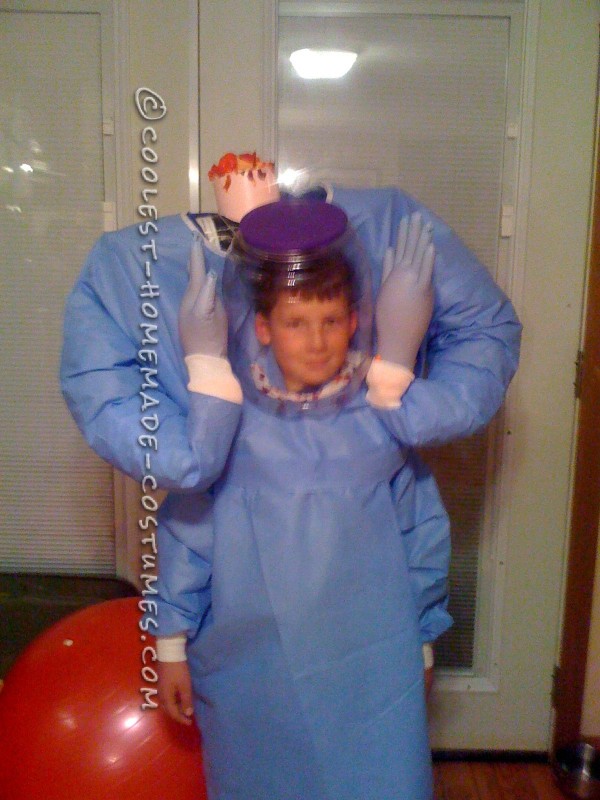 My son wanted something scary but has sensitive skin so we always had to be creative with his costumes because he can’t wear Halloween make-up. We searched online and combined a few other ideas to create this masterpiece. He is now a headless mad scientist that carries his head around with 2 of his 4 … Read more 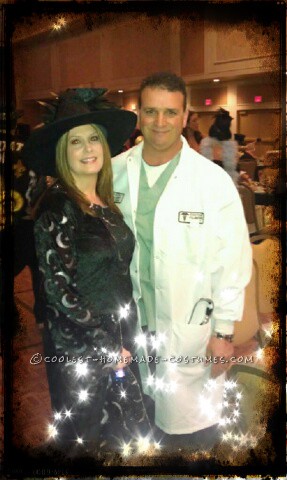 This Witch Doctor couple costume was a total last minute costume idea.  My usual is a play on words idea.  We were invited to a costume party the day of and had to come up with something quick.  I had already worn my costume for several other occasions such as my Witch Kraft ideas and … Read more 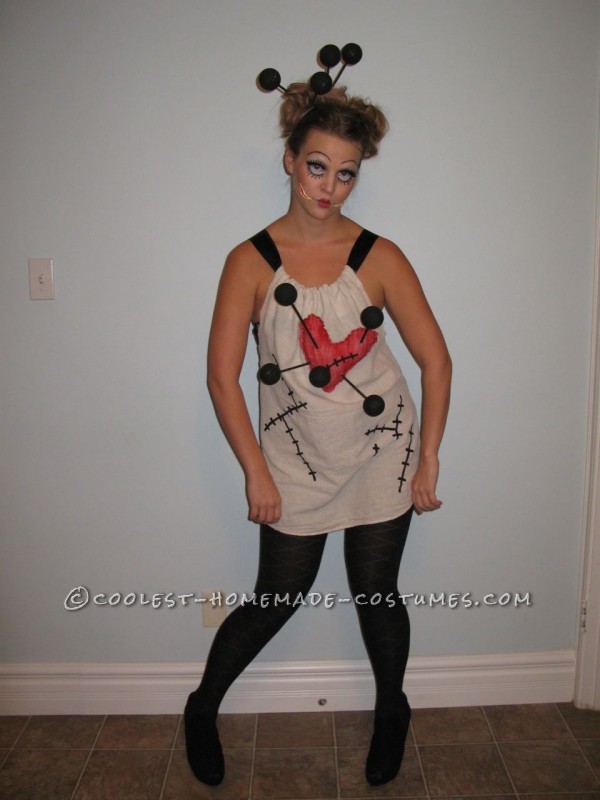 After focusing on crafting my kids Halloween costumes, I was pressed for time for my own.  I started Googling for ideas and decided to go with a less detailed costume with more detailed hair + makeup.  And so, I chose to be a Voodoo doll. Oh my goodness EASIEST costume ever!!!  I used one of … Read more 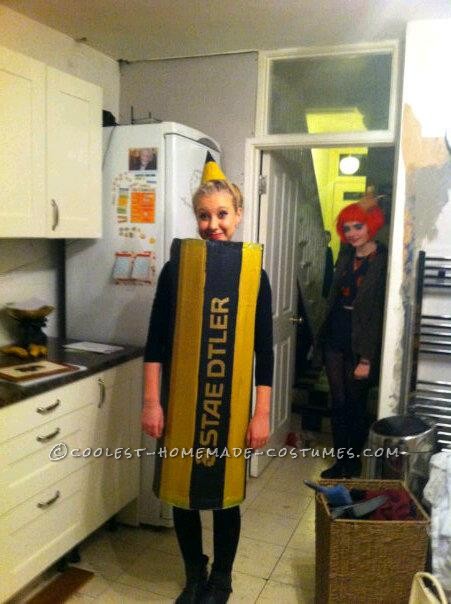 I wore this easy last-minute homemade Pencil Costume to my friend’s fancy dress party with the theme “film characters”. While most of my friends opted for the sexy Pocahontas or macho James Bond I opted for the understated Staedtler Pencil (there must be thousands of pencils in various films!) To make this costume I took … Read more 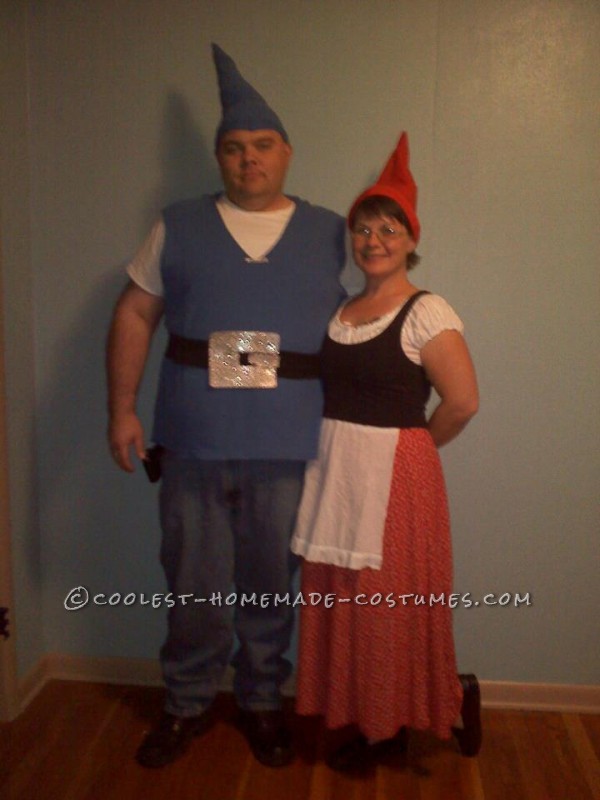 Last year, my family went to watch “Gnomeo & Juliet” and I immediately knew what I wanted to be for Halloween. For weeks, I worked on getting my straight laced, super uptight husband to agree to be “Joe-meo & Julia-et,” a play on our names. Somehow, I managed to convince him to go along for … Read more 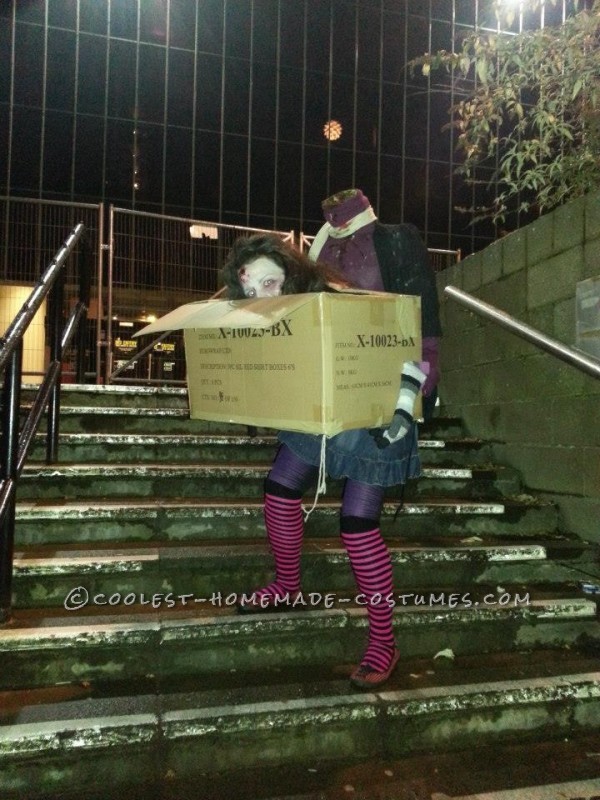 This headless woman carrying her head in a box is my handmade costume that I decided to make for this year Halloween. I had the idea in my head for a long time but I thought it was going to be very difficult to make as I didn’t have the half body of a mannequin. … Read more 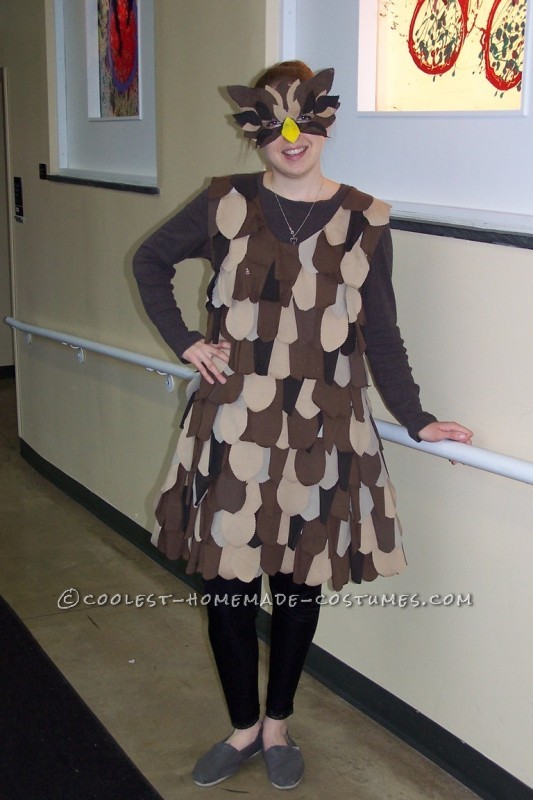 I am wearing my Lady Owl costume to our annual Halloween party for kids and families at Franklin Park Conservatory and Botanical Gardens where I work as an educator.  My husband went with me as a birdwatcher! I got the idea for my costume from the blog, A Beautiful Mess “Lady Bird Owl DIY.”  To … Read more 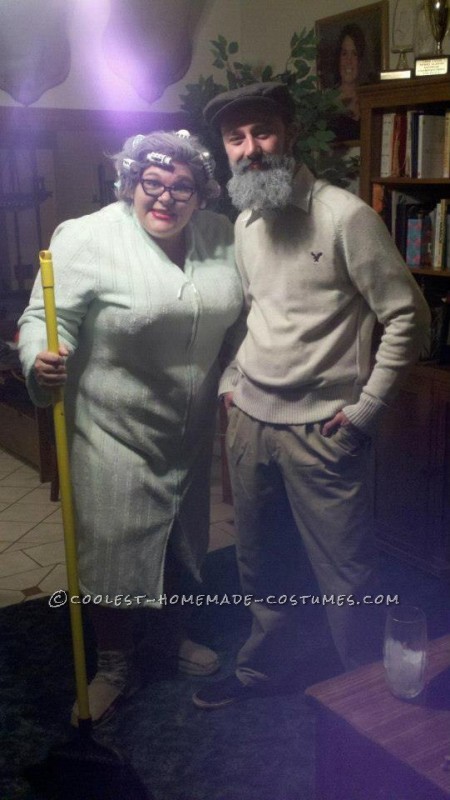 At the very last minute, we were invited to a costume party. All I had was some white hair paint, and just normal everyday clothes. I sprayed his beard and he put on some “Grandpa clothes” and he was done. As for me, I put rollers in my hair and then sprayed my hair. I … Read more 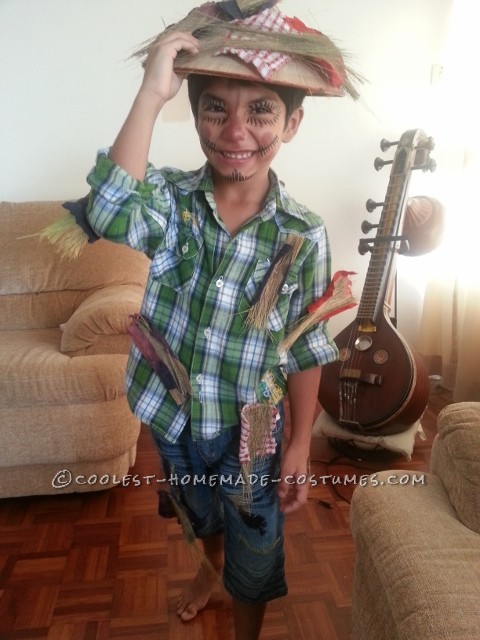 My 6-yr old son had to dress up as his favorite book character for the School Book Day and his all time favorite book is Wizard of Oz. Initially he wanted to be the Tin Soldier, but I convinced him that the Scarecrow will be easier to wear through the day. I bought a new … Read more 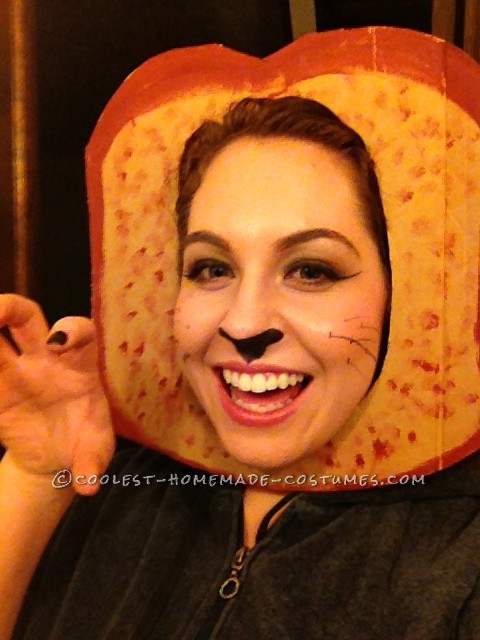 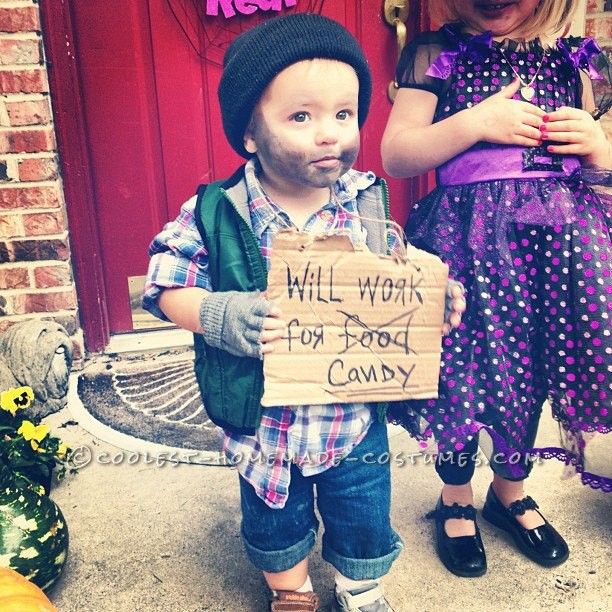 Originally, we didn’t have a Halloween costume for my nephew. We were headed to Trunk Or Treat at our church and had to quickly pull something together. We had this easy, last-minute Toddler costume idea: Hobo. Everyone loved it! People were stopping to take pictures of/with him and we were the talk of the town. … Read more 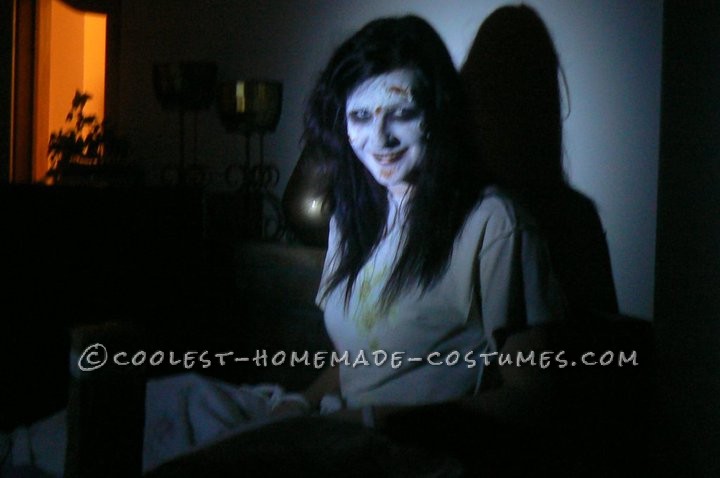 Hello my name is Rachel and my sister and I were sitting in the house one day bored with nothing to do. Halloween was fast approaching so we decided that we would try our hand at making Halloween costumes. She decided to go down the more pretty/sexy Halloween look whereas I wanted to make my … Read more

Materials: Red tube dress, or buy red fabric and sew a dress using another dress as a template brown fabric tissues needle & thread cream colored yarn Using a soda can as a stencil, cut 2 circles of brown fabric  for every 1 meatball, and sew around the border leaving a small opening for stuffing Crumble … Read more