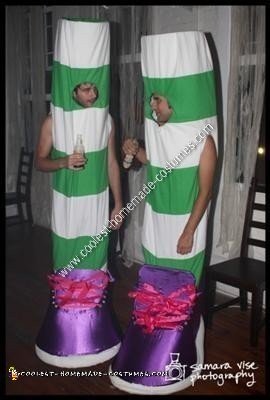 I’ve always admired the character “Nanny” from “The Muppet Babies”. She was the wise character with the striped stockings who always came in to snap those Muppet babies back to reality. The best part about her was you never were permitted to see above her knee. So mysterious and stoic. This year I convinced my … Read more 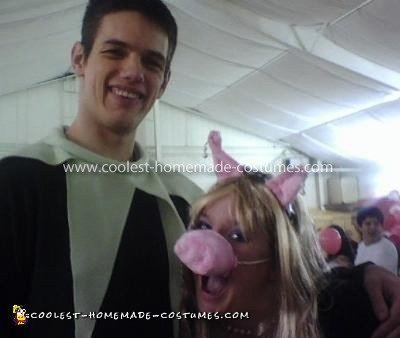 I have a reputation of always having great costumes. I feel the good pressure every year to come up with something brilliant that makes people say “She’s done it again!” This Homemade Muppet Miss Piggy and Kermit Couple Costume was one of my husband and my best costumes we have ever done! We had a … Read more 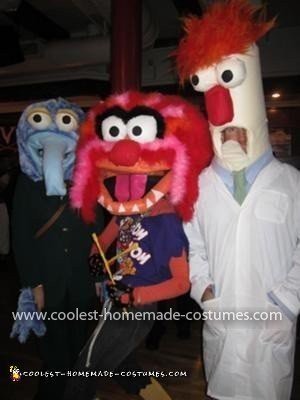 In anticipation of the new Muppet Movie, we decided to be some of our favorite Muppets. For Gonzo: I simply took a football helmet and hot glued pieces of foam to it to build it up. I shaped the nose out of crumpled up newspaper wrapped in duct tape and hot glued it to the … Read more 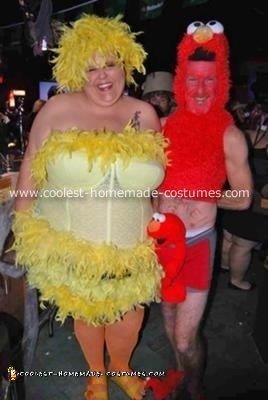 The costumes you see here were NOT brought to you by Sesame Street. I, being a big beautiful woman, decided on a Big Bird costume. My husband was supposed to be Oscar, but then tried on my son’s Elmo costume and I died laughing, so we went with that idea, adding onto his costume in … Read more 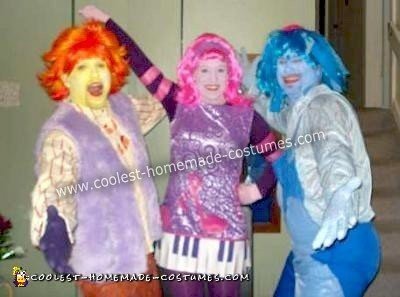 These Homemade Doodlebops Costumes are based on the Disney Channel show The Doodlebops. My husband used to watch it in the mornings with our daughter and suggested it at as a unique costume idea. We were definitely noticeable and different from everyone else! The costumes were a lot of fun, very bright, and totally worth … Read more 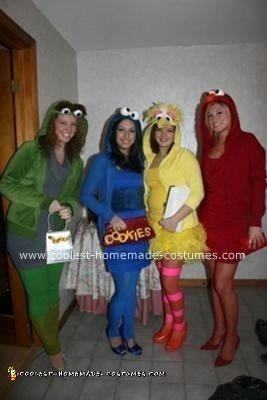 My friends and I wanted to go out for Halloween in a group costume so we brainstormed and came up with a Homemade Sesame Street Group Costume! We all purchased colored hoodies and I transformed them into each of the characters, Big Bird, Cookie Monster, Elmo, and Oscar the Grouch, using fabric, paint, and Styrofoam … Read more

For this Animal Costume, I first cut out a large circle out of cardboard (about 19 inches in diameter). Then I measured the circumference of my head and drew a circle that size inside the larger circle that was already cut out. I cut an “x” out of the small circle and folded the flaps … Read more 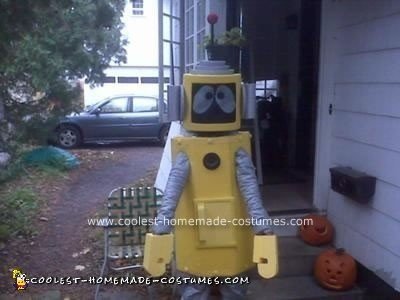 Our family are huge fans of the children’s TV show called “Yo Gabba Gabba” and one of our favorite characters is Plex the Robot, so we created this homemade Plex the Robot Halloween costume. The body is a recycled cardboard trash box for leaves. We covered the body with some bright yellow fabric and had … Read more 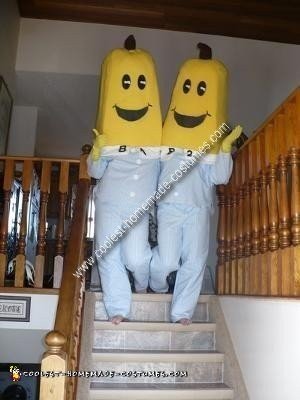 When my daughter, Sarah, was young she loved the kid’s show Bananas in Pajamas”‘ and said to me she wanted to grow up to be a Banana in Pajama though she won’t admit to it now, at 19 years old. So I was surprised in September when she showed me the cartoon picture of B1 … Read more 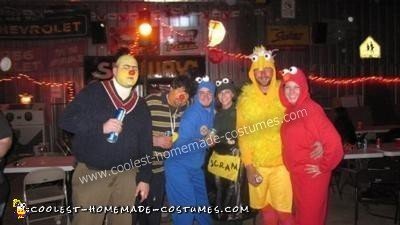 We were looking for a group costume and were inspired by all of the awesome ones on this site! We decided to be the Sesame Street characters and make the majority of the costumes out of sweat suits. The base of the Cookie Monster, Grouch, Elmo and Big Bird costumes all started with a sweatshirt/sweat … Read more 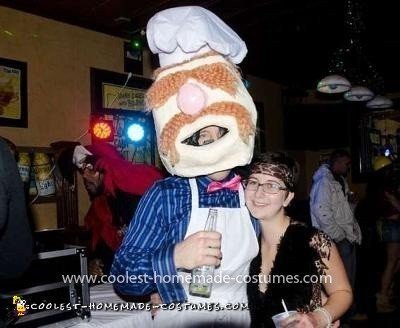 I created this Swedish chef costume out of a Pabst blue ribbon box, a ball of yarn and some fabric for the hat. The paint was the cheapest acrylic paint I could find and the paper mache was made using newspaper powder. I made it because I’m a culinary student at the Culinary Institute of … Read more