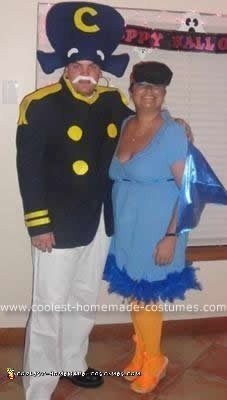 We decided on a Homemade Captain Crunch and Toucan Sam Couple Costume after an idea we got off the internet. Captain Crunch: purchased a jacket from Goodwill and then bought yellow felt to make the button and trim on the jacket. The hat was a little bit more difficult. I bought foam from Joann’s and … Read more

I haven’y the slightest clue on what made me decide to become the captain himself for Halloween, but I did and made my own Homemade Captain Crunch Halloween Costume! The hat was made out of cardboard, a ton of hot glue and blue material that I got from the fabric store. The eyebrows were made … Read more

This Homemade Boo Berry Costume is a super easy costume to make. Paper mache a complete helmet, paint it white. Then cut out eyes and nose. Next, buy a white fleece blanket and hot glue it to the helmet. Cut the eyes out and paint the fleece with a little blue spray paint. Find and … Read more 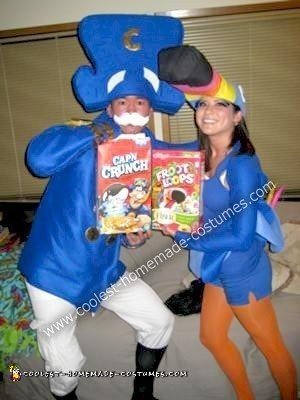 Bringing back fond childhood memories, we decided to go with cereal characters as our theme. We got many compliments on our Homemade Toucan Sam and Cap’n Crunch Costumes at various parties and fun to make! Took us only a couple of days and a few hours. CAP’N CRUNCH Materials: 1 1/2″ Foam, Gold stretchy fabric, … Read more 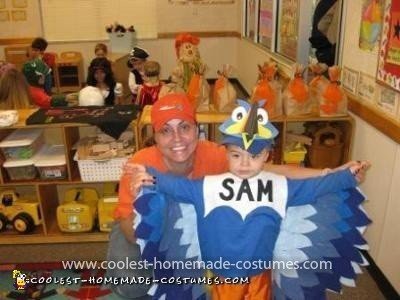 This is our 2 year old, Sam, in a Homemade Toucan Sam Costume. Every year (only 3 so far) he’s been something with “Sam” for Halloween. Sam I Am, SAMurai and now Toucan Sam! Made his hat out of foam sheets cut to look like the famous toucan. His shirt is a blue long sleeve … Read more 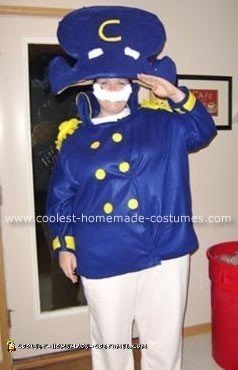 I thought of this Captain Crunch costume while walking through the grocery store, trying to come up with an original costume idea. I had never seen someone dress as Cap’n Crunch so I thought it would be fun. I got a lot of compliments on the costume, people loved it! With just a little sewing, … Read more 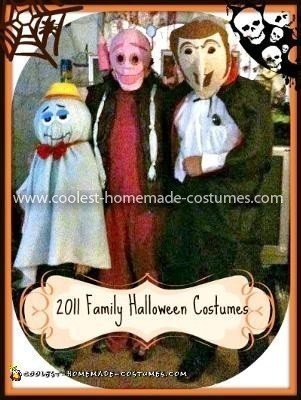 We made our family of 3 the cereal monsters! Our 8 year old daughter was Boo Berry, her father was Count Chocula and I (the mommy) was Franken Berry. We had a great time making this Homemade Halloween Cereal Characters Group Costume.

I always have a hard time thinking of a good costume idea because every idea I think of is a boy character. So this year, I decided to forget about gender and to revamp Captain Crunch as a woman! The best part of my costume was the hat! This hat is made from foam covered … Read more 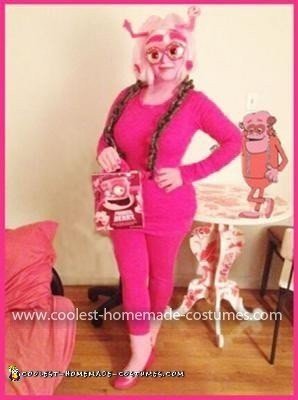 Growing up in the 80’s, breakfast was always a big deal for me. Watching cartoons and eating all kinds of cereal made waking up something to look forward to each day! One of my favorite cereals was Frankenberry. I would indulge in that while my brother would eat Count Chocula. Years later, I find myself … Read more

Back in college no one used to dress up during school hours, but Halloween was my favorite holiday so of course I needed to dress up. It had to be absurd, it had to be over the top and it had to be eye catching, so I think to myself, “heck, cereal boxes are specifically … Read more 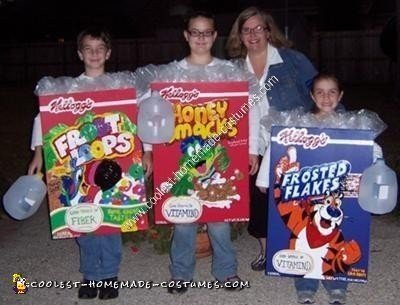 My kids LOVE cereal, so why not be that for Halloween. Here they are as each of there favorite cereals. I hand make there costumes every year and they dress as trios every year. I don’t like store bought costumes so for years now I have made my kids costumes. We are very well known … Read more 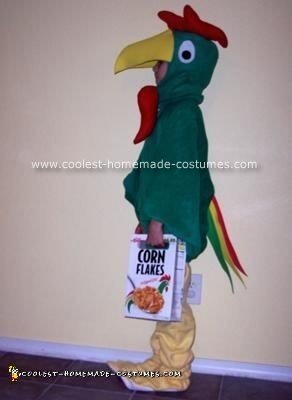 For this Cornelius the Kellogg’s Cornflakes Rooster Costume I found a bird pattern and made it using green fleece, I added the red fleece for a gobbler and head piece to make it a rooster. I used felt to make the eye and then just used craft glue to glue it to the head. Then … Read more 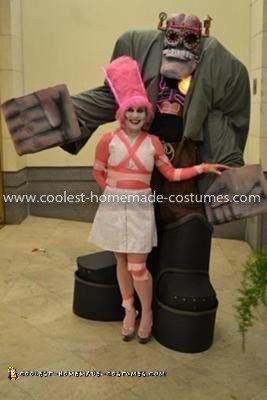 Of the three monster cereals, Frankenberry was always my favorite as a kid. But I had to wonder, now that I’m all grown up, what Frankenberry would be like today? So I went out to create a larger-than-life-size, pink, reanimated, mechanized corpse that’s all hopped up on his own sugary sweet breakfast cereal. I started … Read more